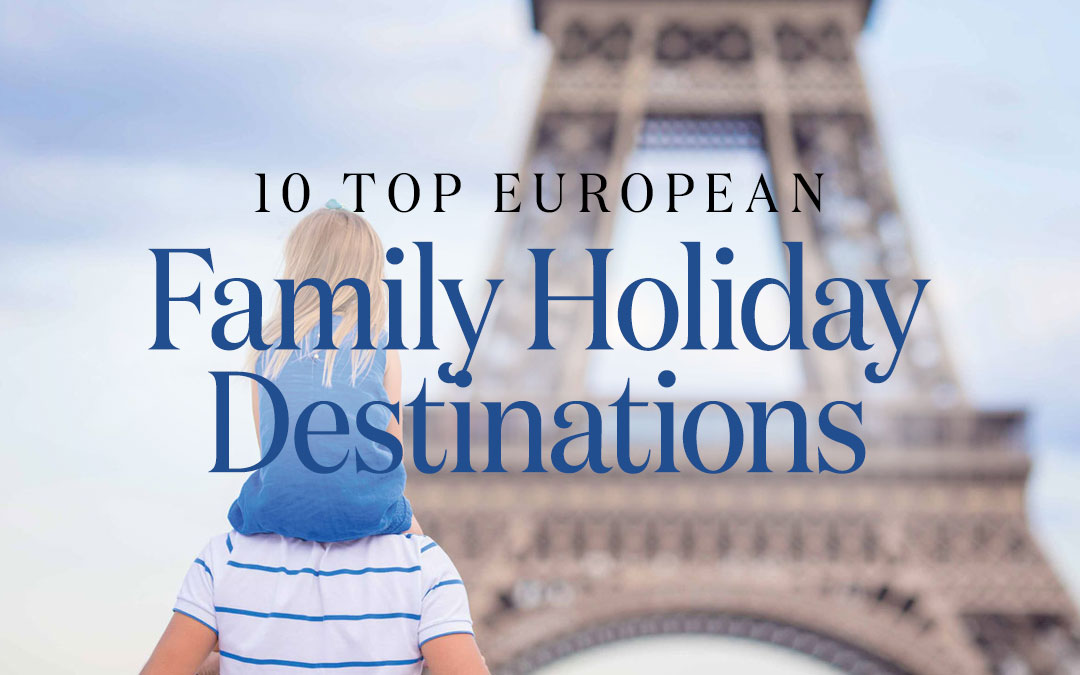 Although we don’t often have guest authors, in light of our new family addition coming late 2018, we thought this was a perfect post to share. This is a guest article contributed by Ellie from Travel Department.

Europe is one of the best tourist destinations in the world. It is full of history, beaches, culture, architecture and has something to cater for all of your family, whatever their tastes.

From the beautiful highlands of Scandinavia to the beautiful beaches on the Portugal coast, you will definitely not regret a trip to Europe. In this post, we take a look at the 10 best family holiday destinations on the continent. So, pack your bags, write an itinerary and get on the plane! 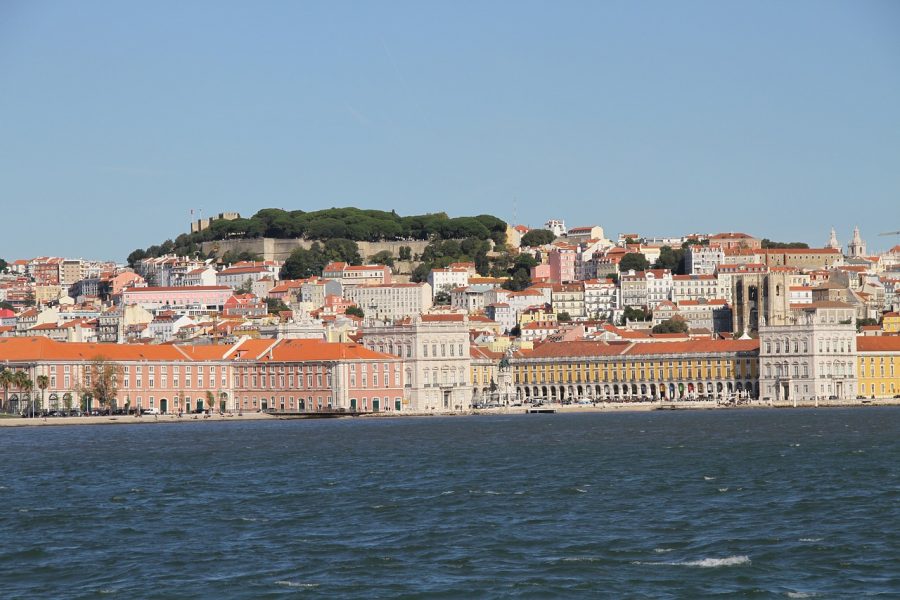 Lisbon is always alive with colour and splendour. This is partly due to its weather, which for most of the year is warm. Your family will surely enjoy visiting the many historical monuments as well as the genteel parks, and the many gardens in the city. Picturesque spots such as Santa Luzia and Sao George Castle provide panoramic and irresistible views of the city landscapes and beaches.

Lisbon won “The Best European-Destination” in October 2017 in the World Travel Awards, so it comes highly recommended. If Lisbon doesn’t appeal to you for whatever reason, there are many other great holiday destinations throughout Portugal that are worth considering.

» Book a Hotel in Lisbon 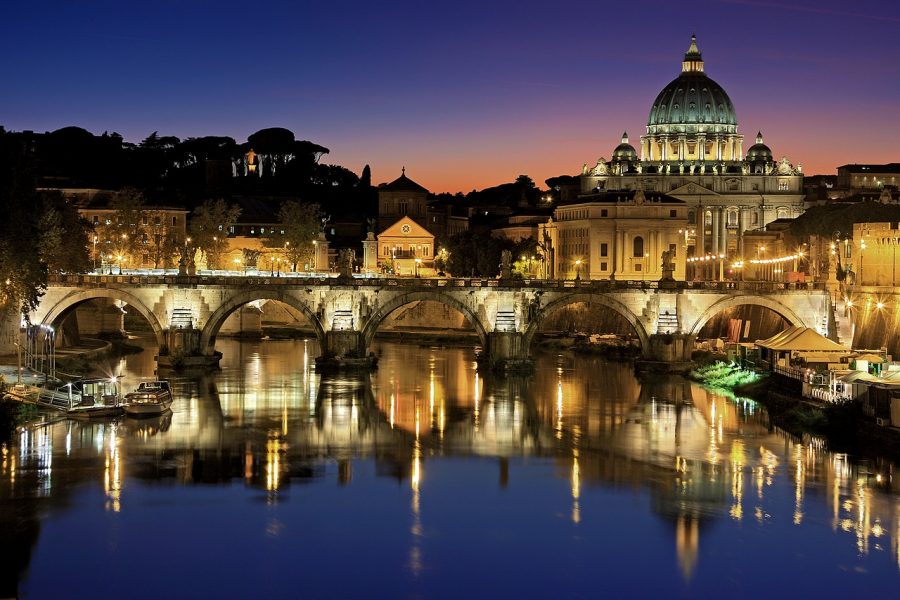 If you are looking to give your children a real treat in Europe, then I would highly recommend taking them to Rome. The city is full of historical and educational adventures for children to explore, including the Pantheon and the magnificent Trevi Fountain.

Roma is home to some of the most talented and highest rated tour guides in any city and, needless to mention, they are able to entertain a group of kids for hours, which will give you a break!

» Book a Hotel in Rome 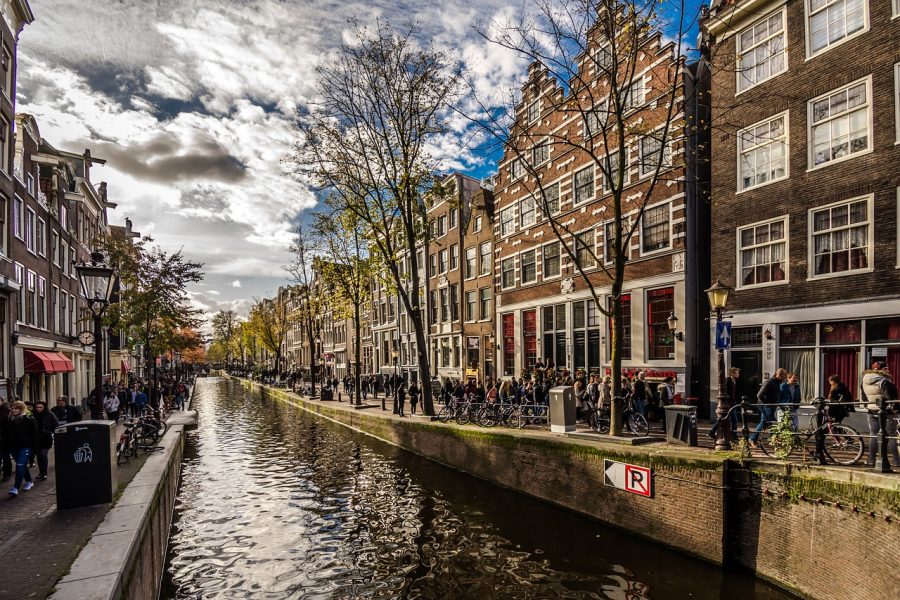 The Netherlands is a country like no other, from the stunning architecture to its epic cultural centres. If you are looking to plan a trip to Europe for all of your family, then Amsterdam is surely one you should consider.

Amsterdam is renowned for its relaxing atmosphere, and it’s bicycles. Apollo Museum-Hotel Amsterdam City Centre is the perfect place for sightseeing and photo-shoots. You can also take canal boat tours in one of the 165 canals, remnants of Amsterdam’s trading history.

» Book a Hotel in Amsterdam 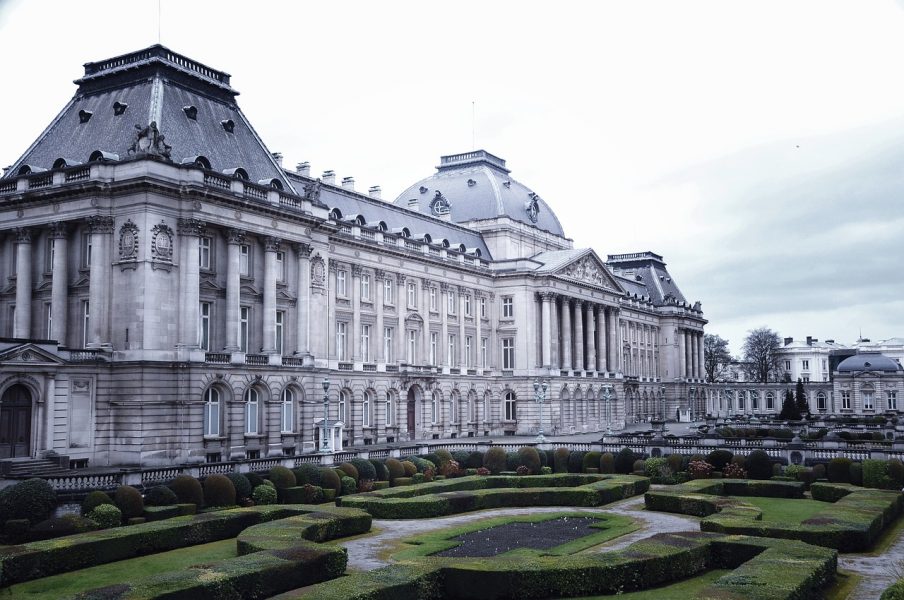 Brussels is another possibility if you are looking for a memorable holiday in Europe. You could begin your exploration at the UNESCO World-Heritage Site that is the Grand Palace, which is often touted as one of the best city squares in Europe. Other great spots include the Manneken-Pis’ bronze statue and the magnificent Van-Burgen Garden’s maze. You can then eat a snack (likely a waffle or fries) and possibly sink one of Belgium’s famous beers, in one of the many cafes in the city as you take in the breathtaking sights.

» Book a Hotel in Brussels 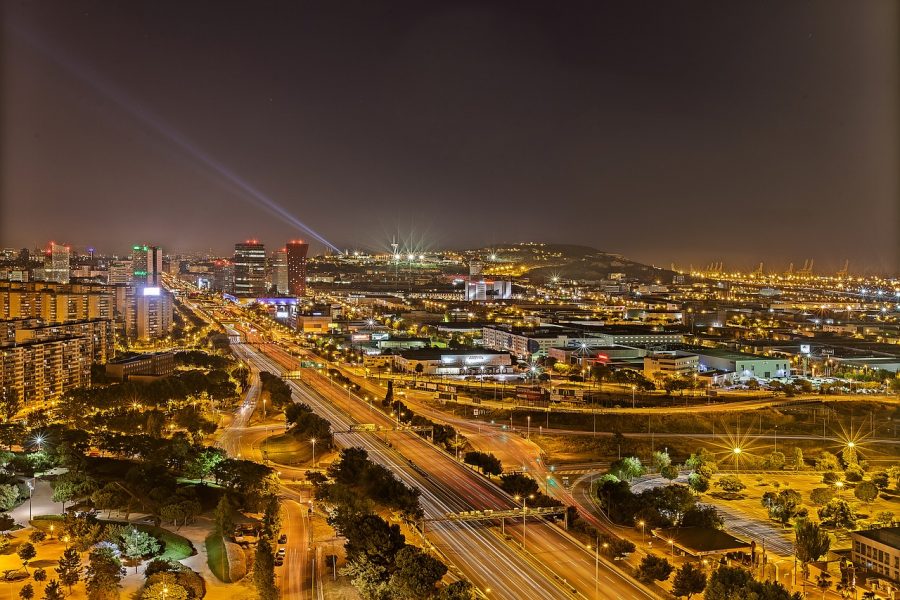 Barcelona is an incredibly popular tourist destination for adults, with its celebrated Gaudi architecture, its cuisine and its bar culture. However, perhaps surprisingly, it is also a great destination for kids. It is full of urban parks, the old town is really fun to explore, the beach is calm and, if your kids like football, then you could take them on a tour of the ground of perhaps the most successful soccer team in the world, FC Barca.

» Book a Hotel in Barcelona 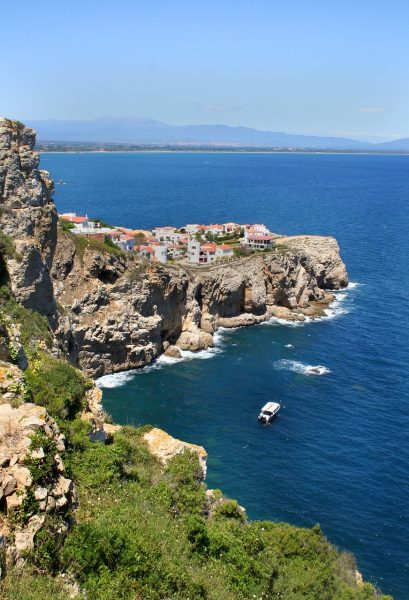 The Costa Blanca is over 200km of coastline in the province of Alicante. Despite many families flocking to the beaches to enjoy the warm weather, this coastline isn’t all about the water and the sun, and it is a relatively affordable destination.

Costa Blanca is just as much about its cultural highlights and its cafes and bars. This sun-splashed city plays host to an extraordinary range of attractions and activities like the Alicante’s 3-hour Old-Town Gourmet Tour where you can taste all manner of Spanish delicacies ranging from salted fish to cured meat.

Costa Blanca is also a favourite for families, and holidays here are even more affordable thanks to the low cost airlines such as Ryanair and easyjet. You can check live updates about the airport including delays, departures and Alicante airport arrivals.

» Book a Hotel in Costa Blanca 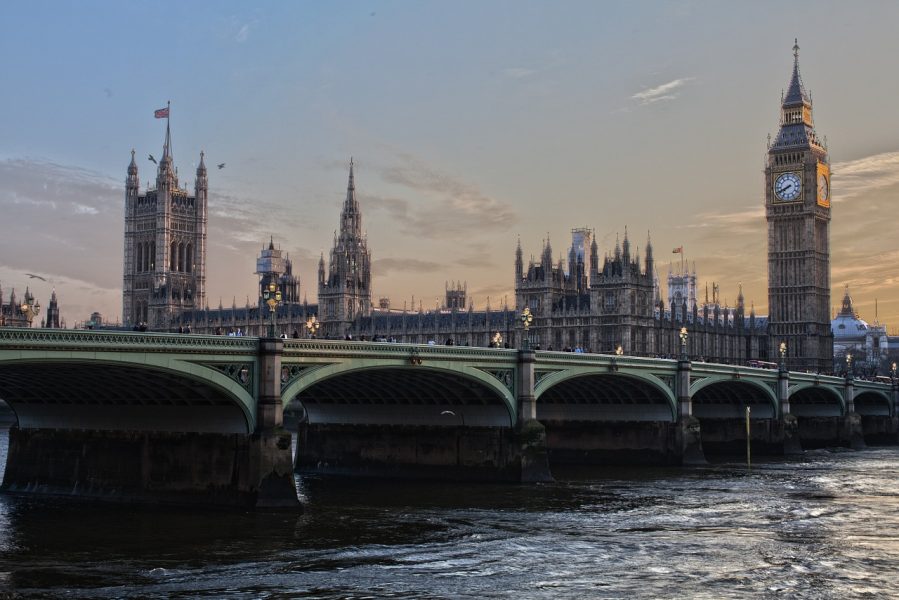 London has literally hundreds of museums, which is surely more than enough to keep your family engaged. Attractions range from the Buckingham Palace to the Harry Potter Shop and the British Museum. Of course, you may want to take selfies at Big Ben, the Houses of Parliament and other sites, before you explore further.

As London is a city with a near-fanatical love for football, you could also book a ticket for a football match at the Emirates, Wembley or at Stamford Bridge and join tens of thousands of people as they cheer Arsenal, Tottenham or Chelsea. Check out DealsQueen for  discounts on hotels for your UK holiday.

» Book a Hotel in London 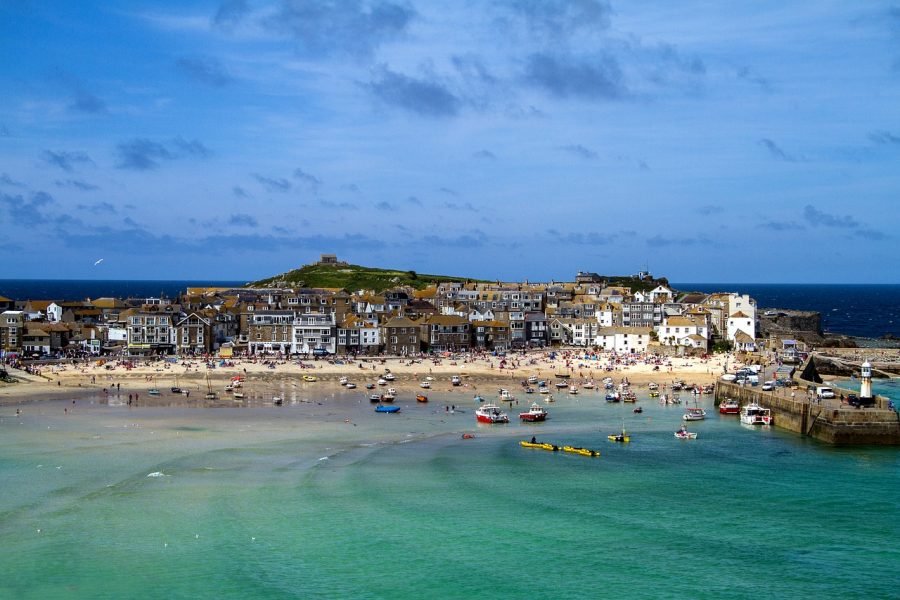 St Ives is in the south of England, in Cornwall. It is well known for surfing and surf schools, so if you want to hit the waves, then St Ives may be for you. As well as the surfing, it has beautiful scenery, and the weather is good in summer.

St Ives is a great place to go as a family. It has museums, a beautiful bay which is great for a summer’s day, go karting and many other activities. Of course, as you probably have guessed based on its reputation for surfing, the beaches are wonderful, some of the best in Europe.

» Book a Hotel in St Ives

If you want to feel like a jet-setter, to rub noses with the great and the good, you may want to check out the South of France, otherwise known as the Cote d’Azur. Hot in the summer, there are tons of things to do for all of the family. Wonderful beaches, miles of beautiful coast, and some of the most famous cities in the world. You can visit Cannes and see where the film festival takes place, drive up to Monaco and walk the Formula 1 track or play in the casinos, or visit the genteel city of Nice.

The Cote d’Azur is one of the most visited places in Europe and, when you see the beautiful coastline and see the cafes and brassieres, you will see why!

» Book a Hotel in Cote d’Azur 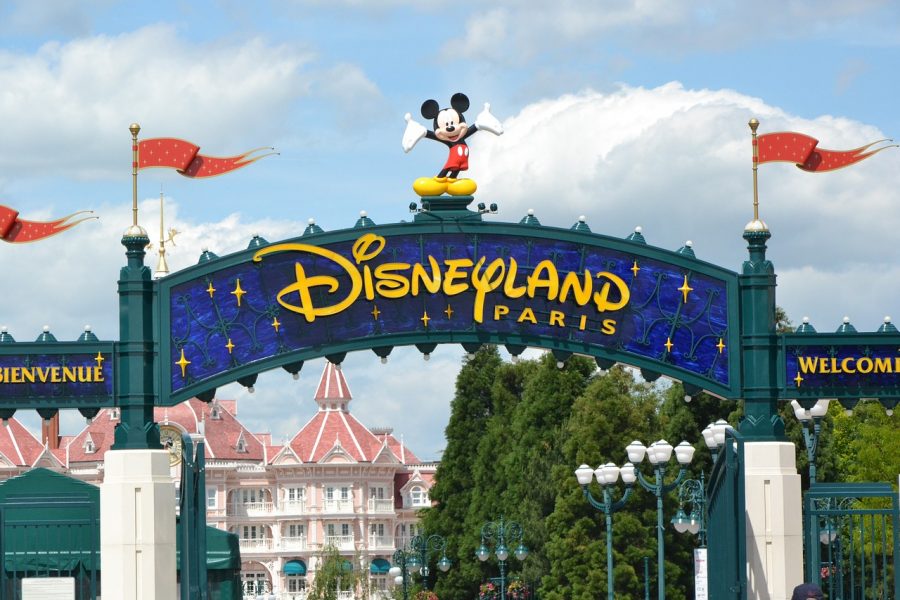 Disneyland is an amazing place to go if you have kids (quite literally, as it is very stylised and artificial, and will truly ‘amaze’ you). There are tons of rides and attractions, and kids will be filled with wonder as you see Mickey and visit the Jedi Academy. The theme park is highly immersive and will be filled with fun from dawn until dusk. If you stay at one of the on-site hotels, you can even get better access to the theme park.

What’s more, you can also visit Paris on your trip, and check out the Eiffel Tower, the Louvre and all of the other attractions that the city of love has to offer. Mon Dieu!

» Book a Hotel in Paris

Ellie is a freelance travel writer, originally from the UK. Publishing for some of the top travel websites around the world, writing about everything from hidden gems to luxury hangouts all over the world, she is currently writing for Travel Department.