Your Guide to Australian Wildlife and National Parks 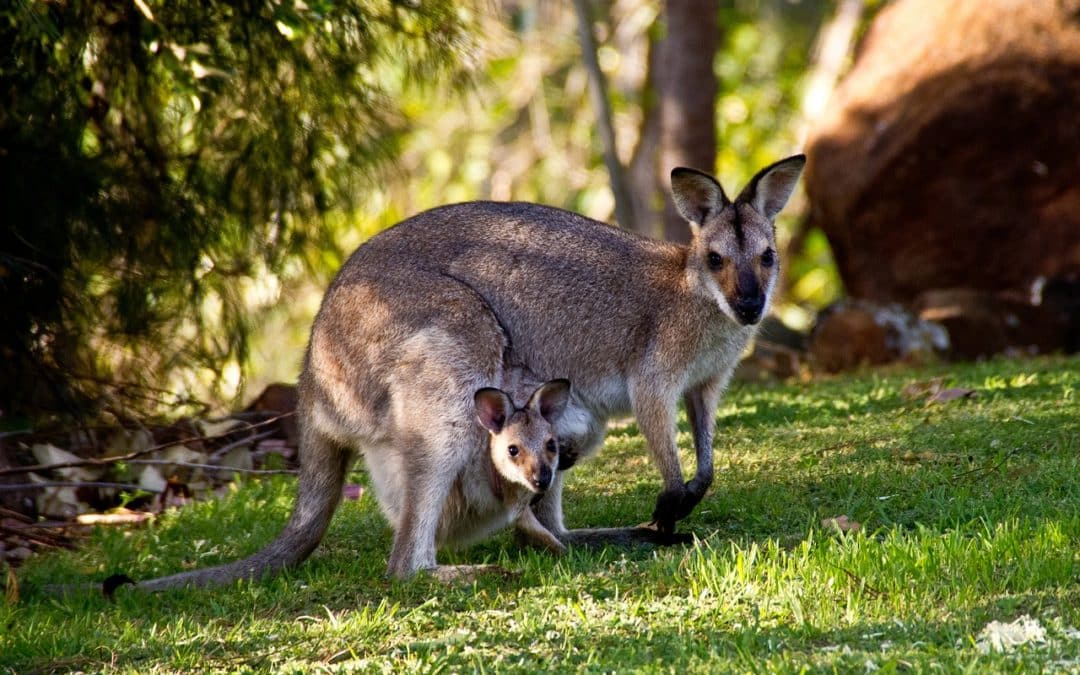 This is a guest article contributed by Ismail Khalid.

Australia is privileged to have some of the most wonderful and weirdest animal species on earth, residing in wild and untouched conditions, each with an incredible story of its own.

For centuries, explorers and naturalists have not only been left perplexed but fascinated as well, by the variety of critters and creatures that can be found only here and no other nook and cranny of the world.

Due to millions of years of geographical isolation, most of Australia’s wildlife has remained endemic and unique. In fact, over 80% of the species are found only in this part of the world. While some of these intriguing creatures can be viewed in captivity, there is nothing like watching them roaming freely in their natural habitat.

So regardless of your field of passion, this compact go-to guide, across all animal categories and iconic wildlife destinations, should certainly inspire you to start planning for your wildlife escapade to Australia.

Australian Mammals and Where to Spot Them

The mammals of Australia are endemic to this part of the world and 84% of them can be found nowhere else in the world. While the Dingo is the largest, others like the Tasmanian Devil are just the size of a small cat. Some of the important ones are featured here. 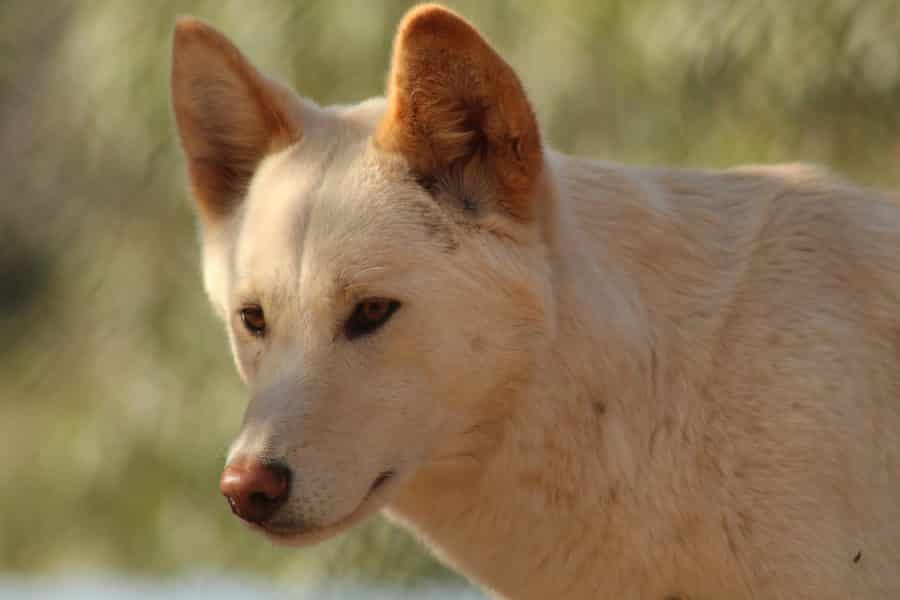 The best places to travel for spotting the Dingo:

These legendary medium-sized wild dogs are Australia’s only canids and the largest terrestrial carnivores of the country. This opportunistic hunter mainly hunts small mammals and lizards. Fish form a large part of their diet on Fraser Island, while they have been known to bring down buffalo in the Northern Territory.

Embark on excellent guided Naturetrek wildlife holidays to ensure you have an unforgettable experience in the Australian bush. They cover all popular national parks and have amazing itineraries which will allow you to spot an array of endemic Australian mammals and birds.

The best destinations to visit for spotting Quolls:

Quolls are carnivorous marsupials with bright eyes and pointed snouts with extremely sharp teeth for tearing meat and crushing bones. There are four species of Quolls found in Australia of which the larger ones feed on birds and reptiles, while the smaller type enjoys frogs and other small mammals. All Quolls are scavengers and feed on carrion.

The best area to sight Numbats:

Currently classified as endangered, with less than a 1000 numbers left, the Numbat or banded anteaters, live in an extremely dry environment as they fulfil all their moisture requirements from the food they eat. This unusual marsupial lacks a pouch. 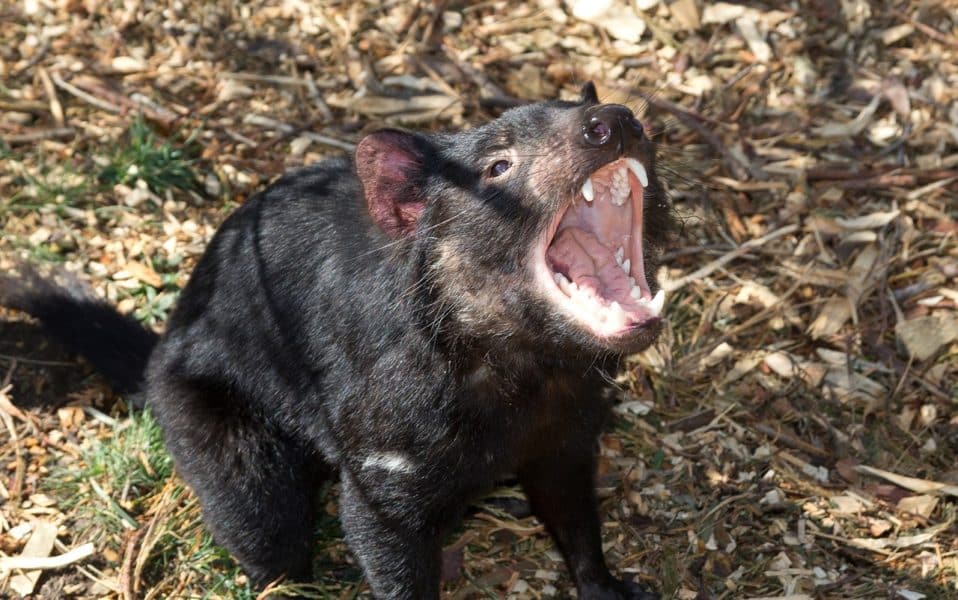 The seething and snarling Tasmanian devil is among the most adored of all creatures in Australia. It is known for it’s lunatic and spine-chilling behaviour, especially when defending a meal. Sadly, this world’s largest carnivorous marsupial is now listed as endangered. 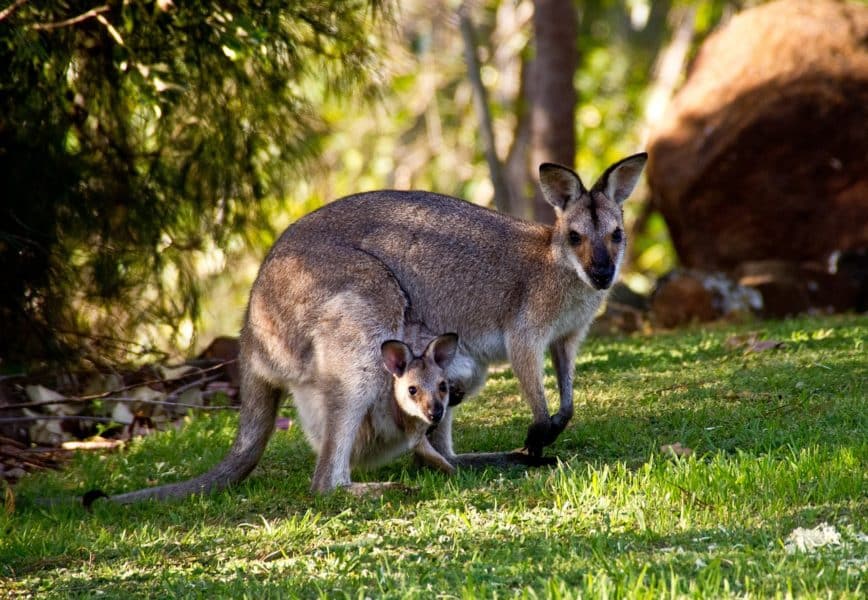 The best places to spot them:

These marsupials belong to the macropod family where the hind legs are much larger than the forelimbs. Kangaroos and Wallabies have front opening pouches and although the above-mentioned places maybe some of the best places, they can be found all over the country.

Where to travel to Australia to See Koalas:

This iconic Australian tree-climbing animal with a pouch relies on the eucalyptus tree for food and habitat. Most of the time Koalas are asleep as they need to conserve maximum energy to digest the toxic food they eat.

The best parks to spot Wombats are:

Wombats are short-legged marsupials, native only to Australia. These cute pudgy creatures walk with a wobble and have a pouch on the back which allows them to dig without harming the offspring. They have tough rumps and rodent-like sharp teeth.

Top parks to for Monotremes:

Of all the egg-laying mammals, the bizarre-looking duck-billed Platypus is also the world’s only venomous mammal. Male Platypus have poisonous stingers on the rear feel, which can be used to deliver a lethal blow to any enemy. 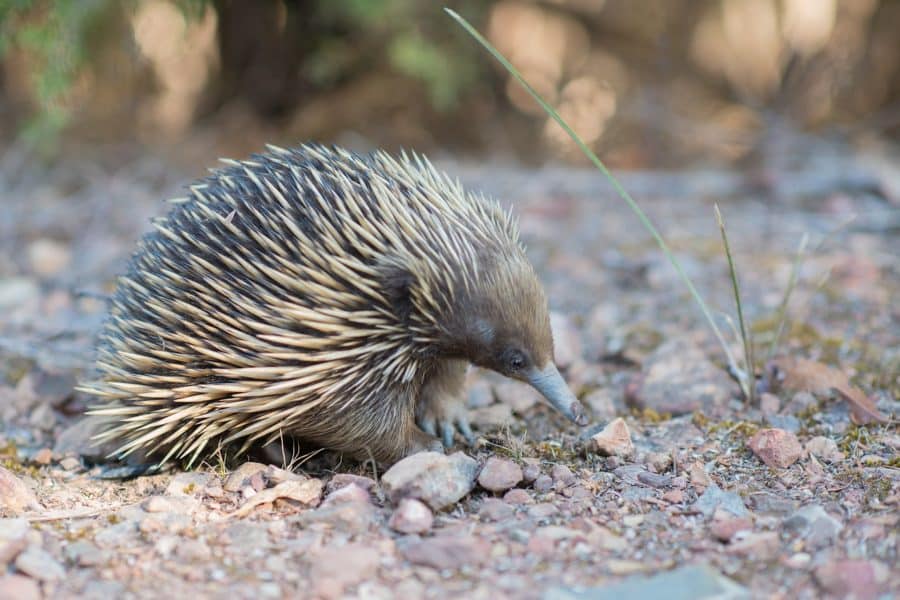 November is the best time to see these quirky animals across East Gippsland as the cool nights and sunny weather makes for ideal conditions to view them during the day. Echidnas breed during spring, during which the female lays a single egg in a pouch in the abdomen for four weeks after mating.

Birds of Australia and Where to Spot Them

Where to see Penguins in Australia:

The little Australian penguins are the smallest in the world, weighing approximately one kilogram. These adorable animals spend 80% of the time in the water, and the only time they come ashore is at night to rest in their nests.

The best places to see Cassowaries:

Of the three kinds of cassowaries found in the world, only the southern cassowary is found in Australia. A striking bird with black plumage and a helmet on the head which grows up to the height of a tall human.

The best place to see Emus:

Found all over Australia, these flightless birds can be recognised instantly because of their sheer size which can be up to 2 m in height. Emus have two eyelids, one for keeping the dirt out and the other for blinking.

The best region to see Kookaburras:

The laughing Kookaburra can be identified readily by its territorial cackle and colourful plumage. It is one of the largest members of the kingfisher family and is found mostly perched on trees from where it can easily pounce on prey.

Reptiles of Australia and Where To Spot Them

The best places for spotting Crocodiles:

This enormous deadly predator is the world’s largest reptile and can weigh up to 500 kg. Well adapted to living in saline water, these crocodiles have been known to swim hundreds of kilometres in search of food.

The best area for spotting:

This small spiky lizard, native to Australia, lives in the arid desert areas of the continent. Their diet is only ants and they can consume thousands of them in a day. Their spiny armour not only detracts predators but also helps in absorbing moisture in the harsh habitat.

The best place for marine animals:

This extraordinary coral reef system, which can be even spotted from space, is a unique marine wonderland like nowhere else on the planet. Myriad species of rare marine animals like turtles, manta rays, dwarf minke whales, clownfish and Maori wrasse can be seen here. A  very popular place for snorkelling and diving!

The best places for wildflowers:

Western Australia is home to nearly 12,000 species of dazzling wildflowers which bloom in June in the northern plains of Goldfields and Coral Coast and sweep over to the south-west coast by November. They colour the landscape from forest to outback in one of the largest floral displays on earth.

Sixty million years after it split from the supercontinent Gondwana, evolution has altered the Australian environment in more ways than one as compared to other regions on the planet. As such, the country’s biodiversity has turned out to be far richer than hotspots anywhere else in the world. Australia is the only continent that is home to three major groups of mammals namely, monotremes, marsupials and placentals. No matter where your priorities lie, whether they are feathers, petals, claws or scales, we hope we have them all covered for you by way of this handy guide. Put these spots on your bucket list for your next trip to Australia.