The Flip Side of Traveling & Lessons Learnt (Part 1) 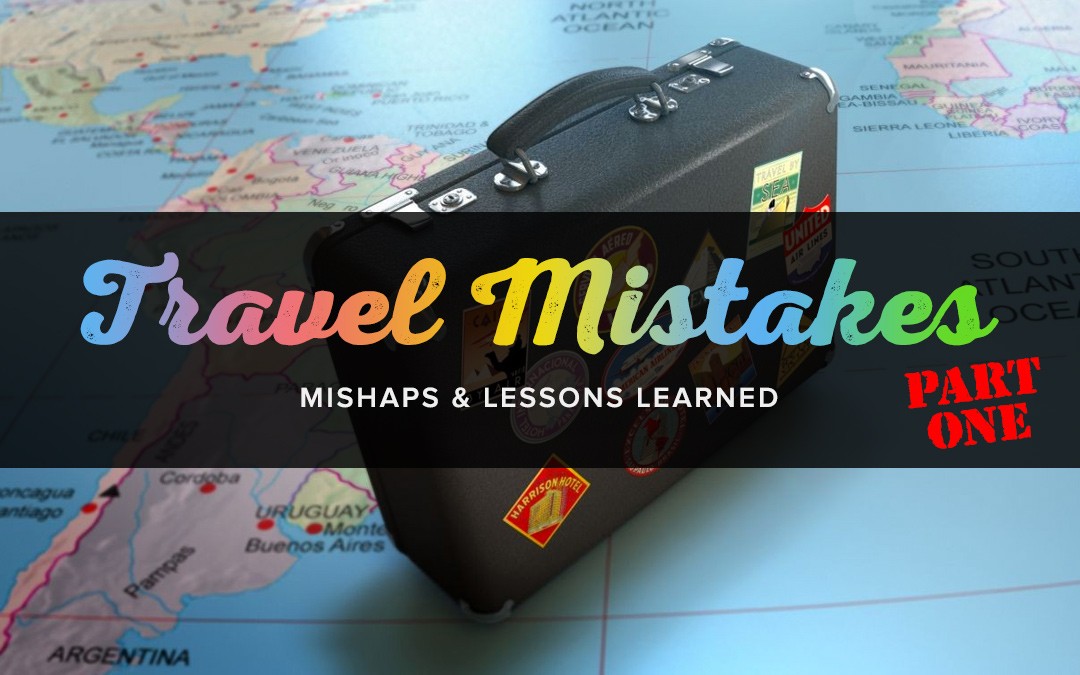 When you travel it is inevitable things won’t always go as planned, items will be lost, things will be broken, you’ll make mistakes, and of course, you will get sick.

Over the past year, we’ve written all about our adventures, the places we’ve seen and the many fortunate experiences we’ve had but there’s also a different side to travelling that not everyone talks of…  the annoying, frustrating and often money draining mistakes that you kick yourself over.

It’s way more enjoyable to share the happy side of travels, however, life is life and it simply wouldn’t be travelling if there weren’t some hurdles to overcome and lessons to be learnt.

We have compiled a list of 17 ‘mishaps’ from the last year (spread over 2 posts) of our travels and we’ve also shared what we learnt from each of them!

1. Missing the last train to Granada from Algeciras, Spain 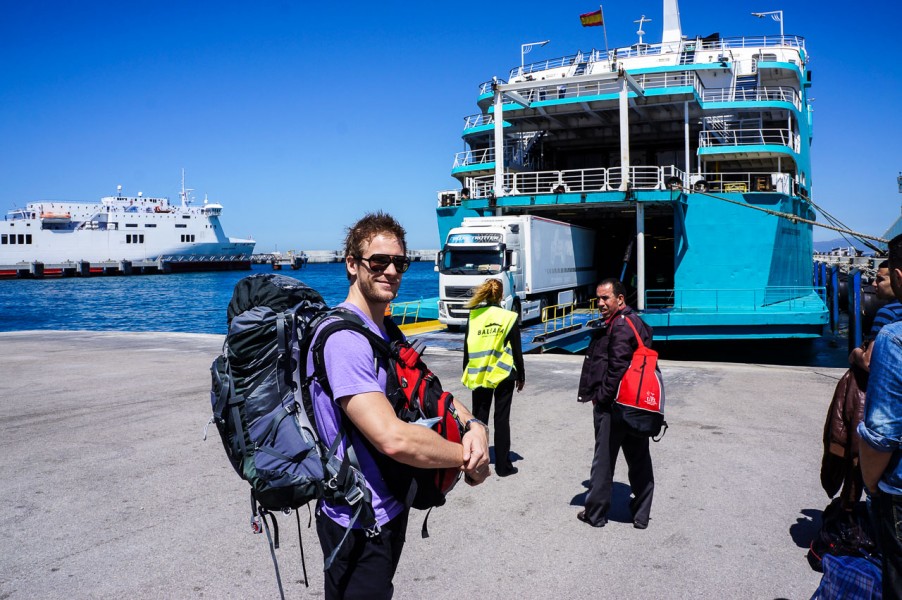 Waiting to board our very delayed ferry

Trying to line up multiple connections is difficult in itself, but trying to do it connecting from one continent to another (Morocco>Spain) is a little more difficult, especially when you don’t speak the language in either country!

We had booked a ferry from Morocco to Spain leaving 2+ hours of wiggle room only to find out that really wasn’t enough. The ferry was delayed by over an hour but we rushed to the border to find the immigration officers in Spain were having a siesta. Great, let’s stand here while we watch the clock go by. Eventually, they strolled out but not fast enough. We missed the last train of the day, that we had pre-booked, by a mere 4 minutes. Loosing €150.

Silver lining – After the use of Google translate, and some friendly locals, we were able to find a bus (with WiFi) in a few hours directly to Granada.

Lessons learnt – Always allow a little more time between connecting transport. You can not rely on transport to go exactly to schedule, especially in foreign countries, or countries that indulge in siestas :). 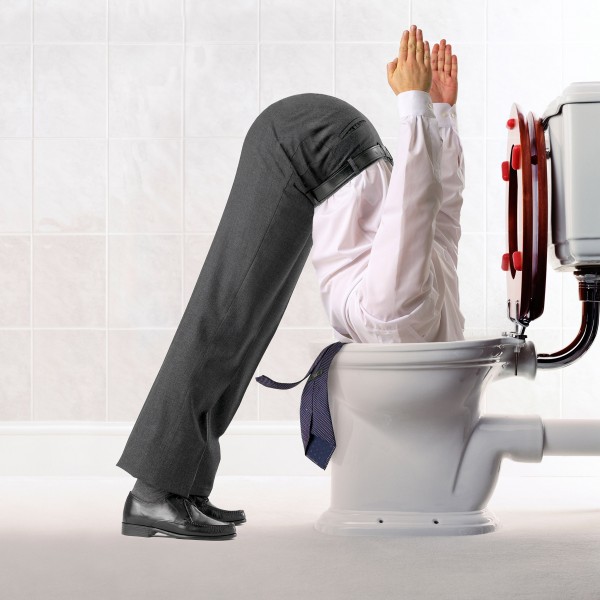 We were vacationing in Ios with my brother and sister in law and decided we wanted a break from the old Greek food. Thai is always nice, right? Perhaps not in Greece. After consuming Pad Thai and Fried rice, our room was on serious bathroom rotation for the rest of the night. This has been the only time we’ve had food poisoning in the whole year. It was an unpleasant experience and we were glad we were the only ones sharing the room.

Silver Lining – Family Bonding! We had the opportunity to spend over 36 hours in our room together where none of us could move. I mean what better way to vacation with your family. Special and precious times..

Lesson learnt – Sometimes it’s best to stick to the origin’s countries cuisine! Although to be fair, this was a perfectly decent looking restaurant, so it wasn’t exactly our fault.

3/ Over staying our Schengen visa in Europe 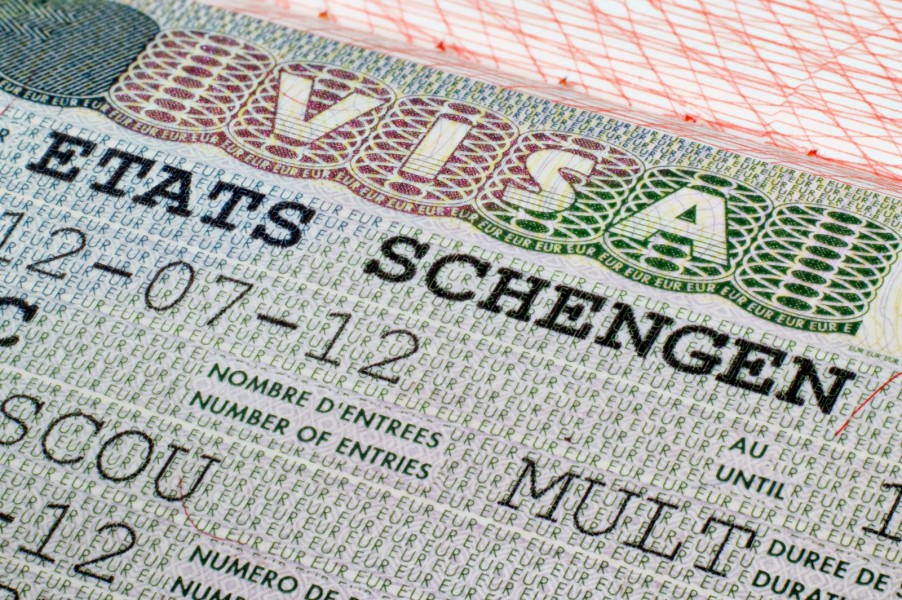 This should have been something we knew of before travelling Europe and although we aren’t proud of it, we had to share our mistake with others to avoid other people making the same.

In short, you’re allowed 90 days in the European Schengen zone, but we overstayed by nearly 3 months. The reasoning was because we thought if you left the Schengen zone and reentered, the cycle started over again. But this is not the case, it only pauses and refreshes every 6months. See more rules/regulations of the Schengen Visa here.

When we first found out about this from a fellow traveller, we were on our 89th day of our allowed 90. So what to do?

Option 2) Cancel the rest of the 6 weeks we had booked, planned and paid for.

We opted for Option 1 as we knew our passports wouldn’t be checked again until leaving the EU, because we were only travelling in the Schengen zone. So, we took a chance and were prepared to pay the consequences (up to a €1200 fine and a possible ban for 1-3 years).

Silver lining – Thankfully, we were given the best possible outcome and had no problems or fines leaving through the Parisian border to the UK and boy are we glad about that.

Lessons learnt – Thoroughly research visa requirements before leaving on such a large trip and avoid breaking the rules if possible.

4/ Spending a ridiculous amount of money for Oktoberfest accommodation 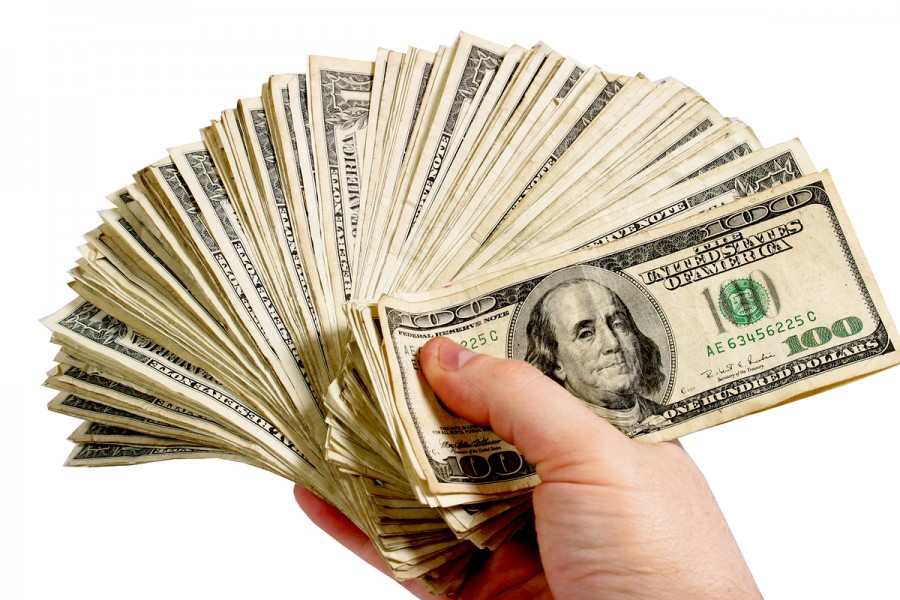 I mean this mishap is fairly straightforward. Although we were fairly organised, the hostel raised their prices almost 4x the amount before Oktoberfest and we were left paying more money than any other accommodation on our travels so far. €85 per bed in a 6-bed dorm hostel for a week 😐

Silver lining – Although stupidly expensive, it was a super clean, fun, well-located hostel for the festival.

Lessons learnt – Avoid staying in a hostel over Oktoberfest unless it’s outside the city, if there is a group of friends, rent an apartment through Airbnb.

5/ Stuck on the side of the road in Athens, Greece in 40-degree heat 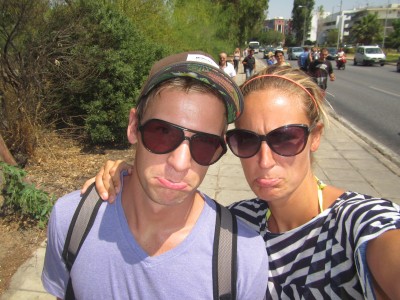 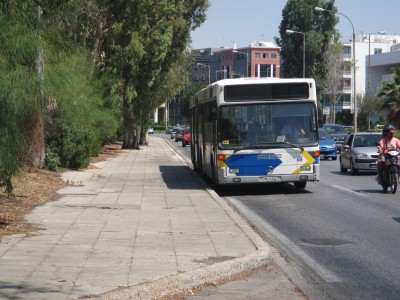 When you think of Athens, you generally don’t think of the beaches, however, it was over 40 degrees and we were in need of a swim. Instead of taking a taxi, we ventured out for the 1-hour journey and jumped on the local bus to the beach. The bus was filled shoulder to shoulder with sweaty people.

We’re speeding down the highway and all of a sudden, the bus makes the loudest bang, people fall down and we’re now at a complete halt in the middle of the road. It sounded like gunshots, however, it was just 2 of the 4 tires exploding due to the heat and weight of the bus. We’re told to get off with no further instructions to find our way either to the beach or back home. There were no taxis at the whole bus was trying to find one. We were some time from the next bus stop, so we sucked it up and walked for about 45 minutes losing our body weight in sweat until we came to what looked like a beach club.

Silver Lining – We ended up at a nicer beach closer to the city than we thought.

6/ Jacob leaving his computer charger (aka life) in the hotel room in Granada. 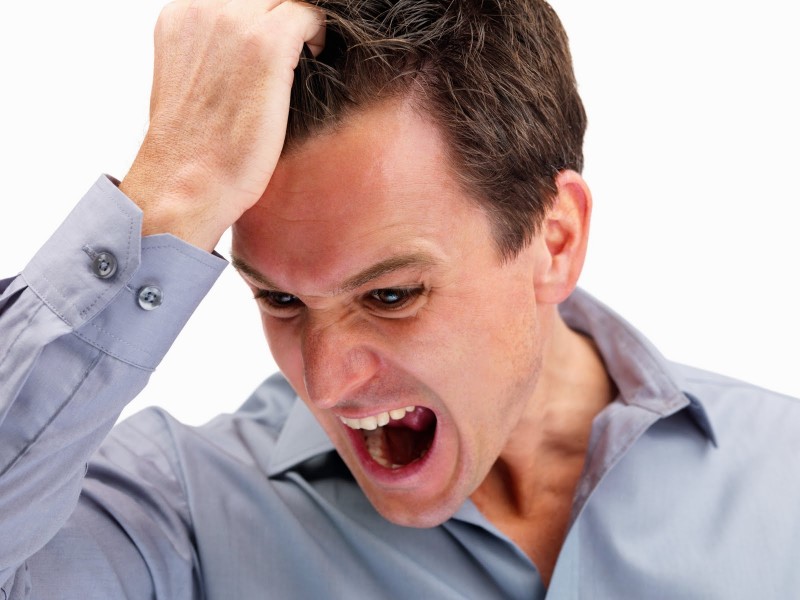 We’d said goodbye to Granada, Nicaragua and we’re en route to Ometepe Island, Nicaragua. After a 2-hour chicken bus ride, we arrived at the ferry terminal to catch our ferry. Within a mere 5 minutes of getting off the bus, Jacob realises he has left his computer charger in the hotel room. With no access to a phone or enough Spanish under our belt, we had to forfeit our arranged ferry, pay up for a taxi all the way back to the hotel and cross our fingers it was still there!

Usually, for anyone who isn’t working on the road, this could have been passed as a simple inconvenience until buying a new one but for Jacob, this was as important as a passport so there was no question of going back.

Silver lining – Thankfully the charger was still in the hotel and our taxi driver drove faster than a Formula 1 driver to get us back for the next ferry.

Lessons learnt – Always check the room 2x or 3x before leaving and especially valuables! Our hotel said it is the number one thing left behind. 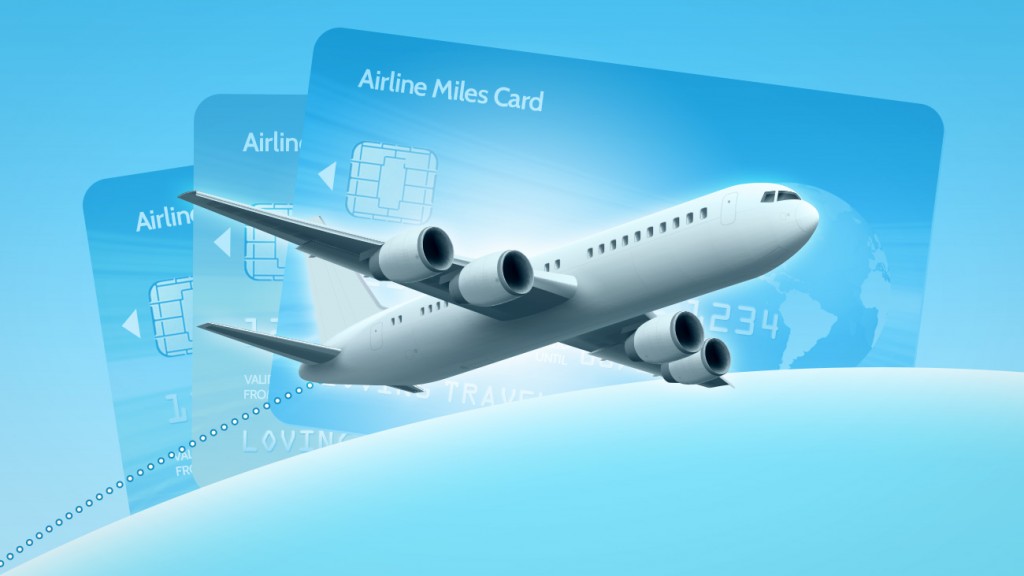 Signing up to sky miles for almost any airline is one of the easiest things to do and we had talked about it numerous times but always found ourselves distracted when it came to following through. We were apart of a few airline clubs but not all.

We had 5 flights with Avianca in South America, who are under the Star Alliance. Had we of signed up before all of these we could have accumulated enough points to score us at least one or 2 free flights but unfortunately, we signed up too late and couldn’t gain the points for all the past flights.

Silver lining – Once we had signed up, we still had a few flights to take to rack up some points to use and were able to use them towards an internal flight in Argentina.

Lessons learnt–  If you plan on travelling, sign up and look at the partner airlines. There are 28 partner airlines under Star Alliance and 15 under One World and both are free to join.

8/ Having our Brazilian visa denied 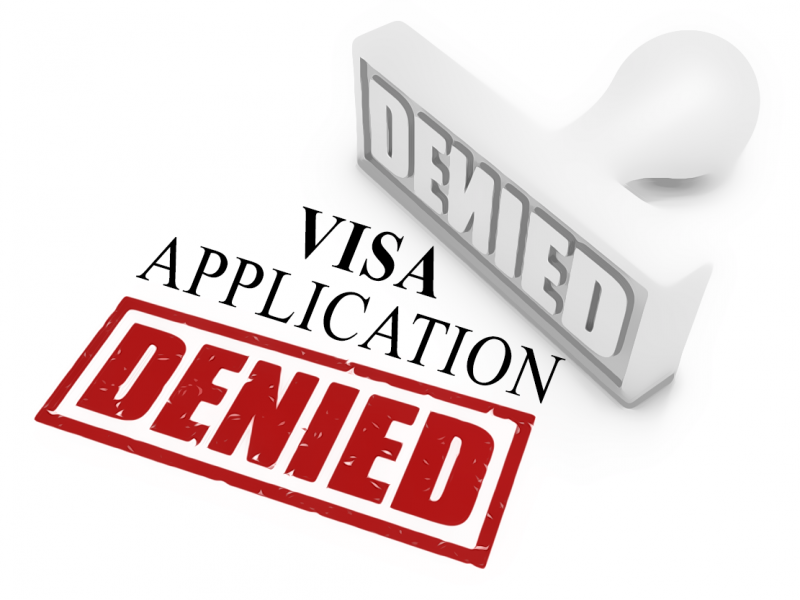 Two Aussies with no home address, no job, travelling in the Netherlands, trying to get a Brazilian visa at the consulate in Rotterdam? Hmm. When put like that we can understand why the consulate first denied our visa IF that was the reason, however, the reason given wasn’t that. It was simply “I’m very sorry ma’am, but our manager isn’t in a very good mood today and he also has a problem with Australian passport holders so I’m sorry but this visa cannot be granted.”…. Say WHAAAT?

Silver lining – Luckily we had some time on our hands so we went back a second time and after we provided everything about our identity, we were granted the visa. The best part of staying in the Netherlands an extra 5 days? We got to eat all the cheese in the world! Nom Nom Nom.

Lessons learnt – Ensure you get all required visas in your home country before trying to do them in a foreign one. Some countries will allow this no problem, but others such as this are much stricter! Do your research.

Mistakes are the only way you can live and learn!