Malta Ultimate Travel Guide: All you need to know! 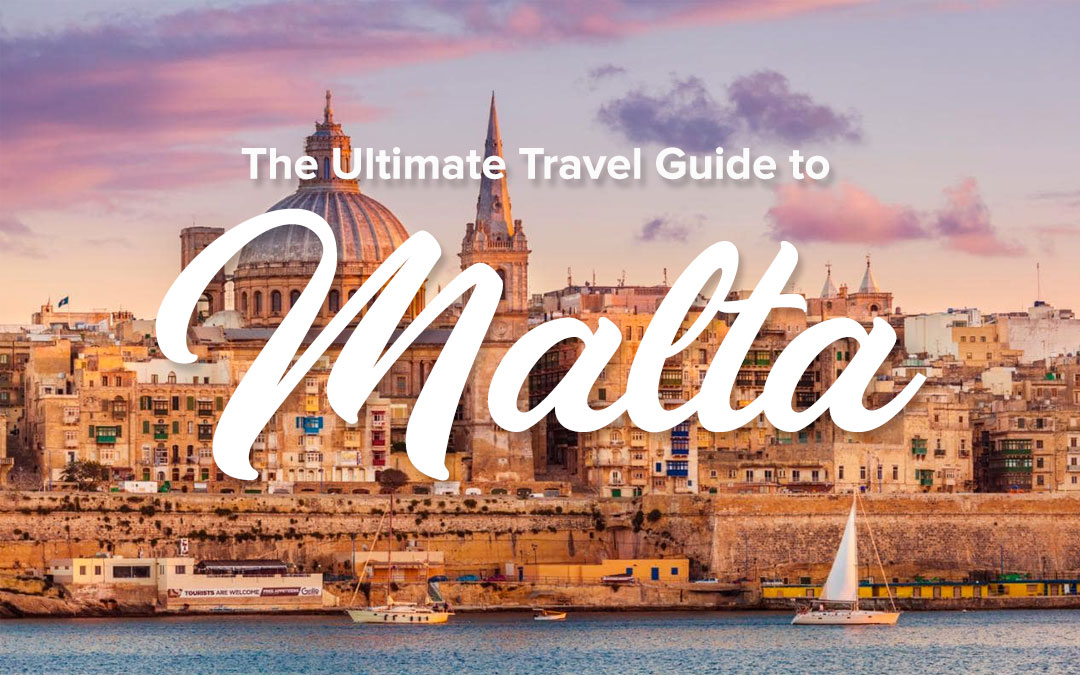 Have you heard of Malta? Shamefully, we didn’t even know of its existence until late 2017, when we met a fellow Maltese on our travels in Africa. But it didn’t take us long to get to this little archipelago, just south of Italy.

To us, Malta is a blend of Morocco, Greece and Italy, yet totally unique in its own right. I guess that makes sense, considering its strategic location in the Mediterranean Sea.

Malta is a beautiful country to visit with its Mediterranean seas & endless sunshine, but that’s not all. There are old historic cities with a ton of history, fascinating culture, old fishing villages, ancient temples, hidden coves, peaceful towns, an interesting blend of cuisine and a very relaxed atmosphere. Oh, and English is their second language making travel and eating, a breeze! 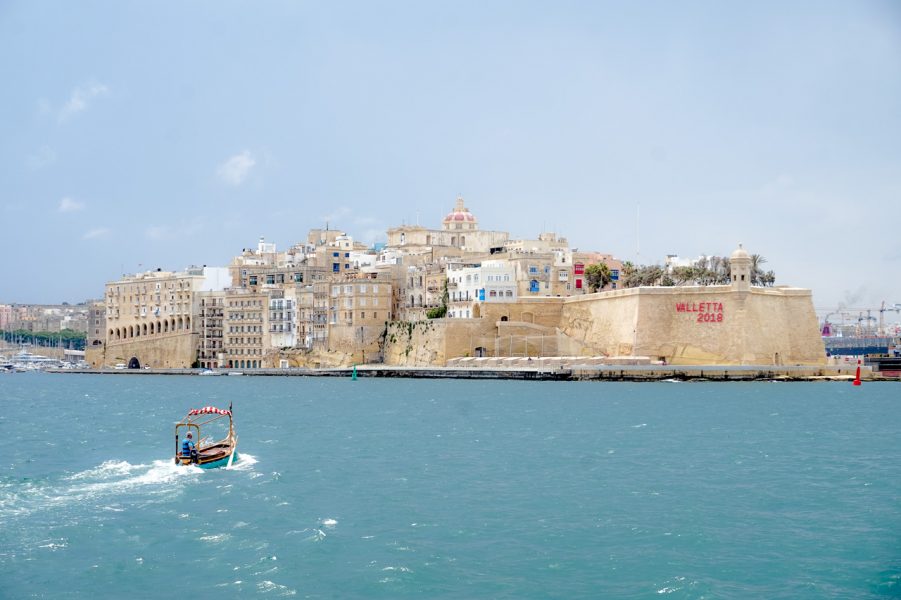 Malta is made up of 3 main islands; Malta, Gozo and Comino. Gozo, a smaller version of the mainland Malta can be reached in 20 minutes by ferry and Comino which is largely visited for it’s famous Blue Lagoon, is virtually uninhabited with only one hotel. 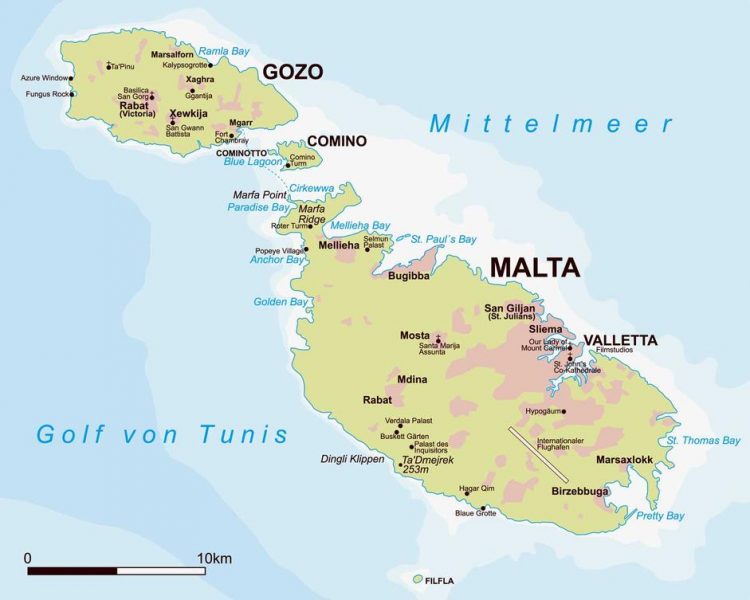 So what are you waiting for? Visit Malta! Here’s our guide for everything you need to know about Malta 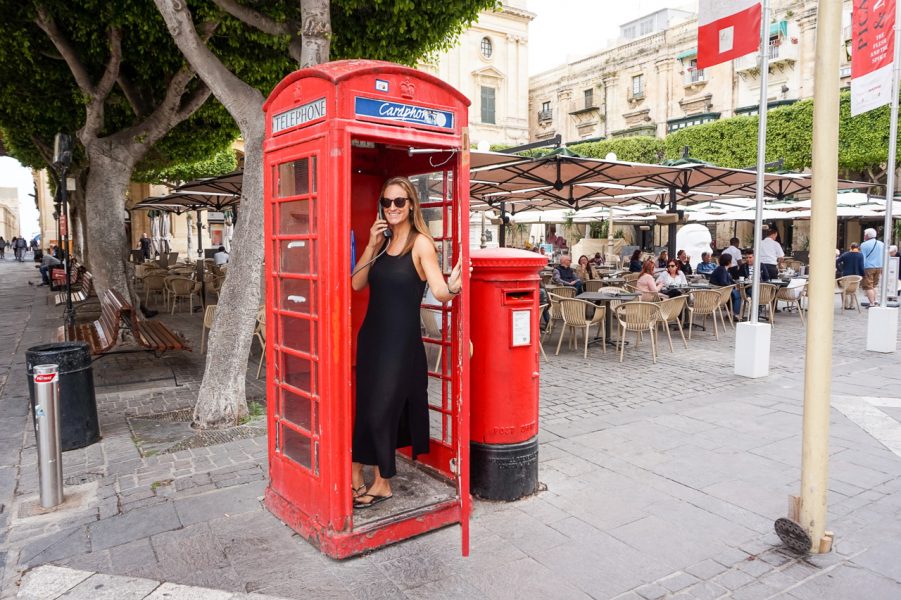 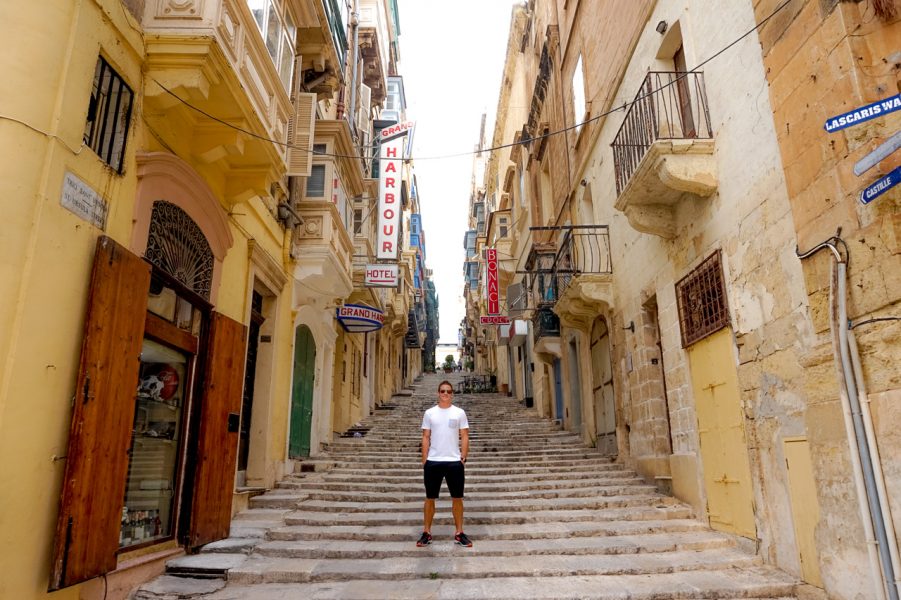 When to Visit Malta

Malta’s busiest & hottest time of year is during the summer months of June – August. The heat, nor the crowds mess around. During these months, especially August, temperatures can soar up to 40 degrees. The air is thick and the beaches, streets, museums and the cities are overly crowded. 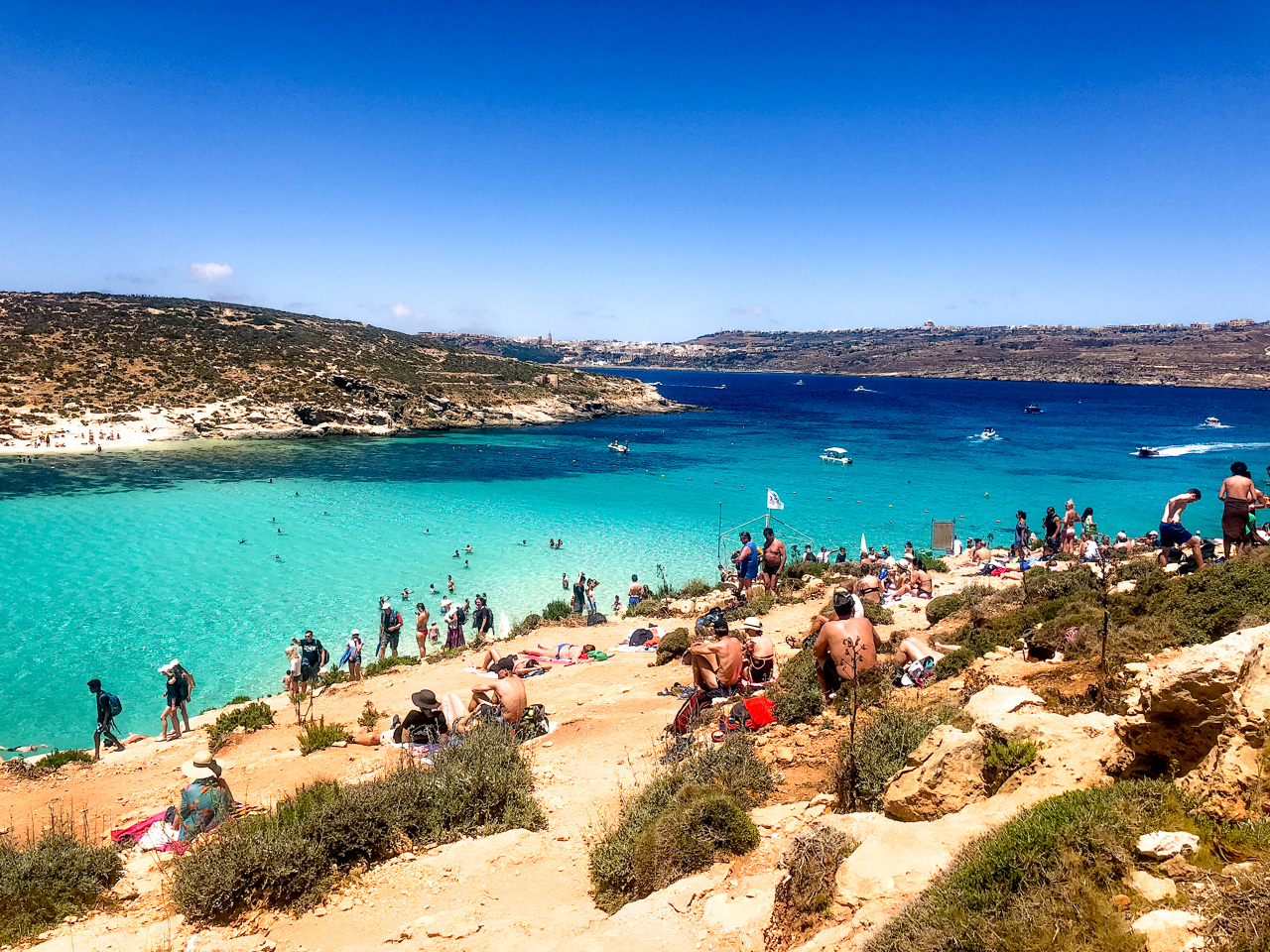 For the most comfortable holiday, we’d suggest visiting Malta during the shoulder months of late May/June and September/October. The sun is shining, temperatures are pleasant and the crowds are more manageable. We visited in early May and although we didn’t get as lucky as we had hoped with the weather, we definitely appreciated not waiting in lines for attractions & having space on the beaches. 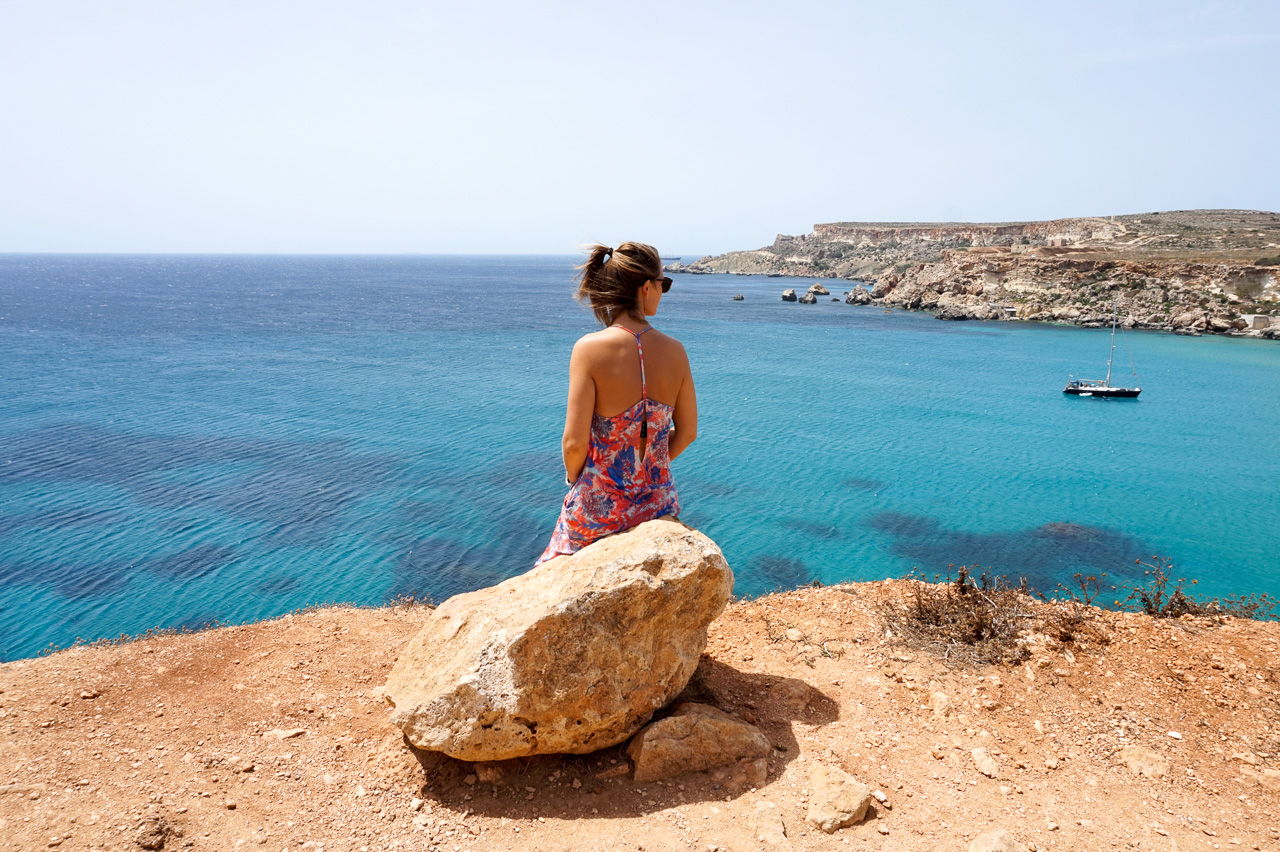 Malta may be a small country, but it’s got a lot to offer! We spent a total of 5 days exploring the main island of Malta and a further 5 in Gozo which allowed us to take our trip slowly. In a separate post, we go into these top sights in far greater detail so if you want to know more (and you should!), visit our posts below!

Top Things to do in Malta + Malta Map 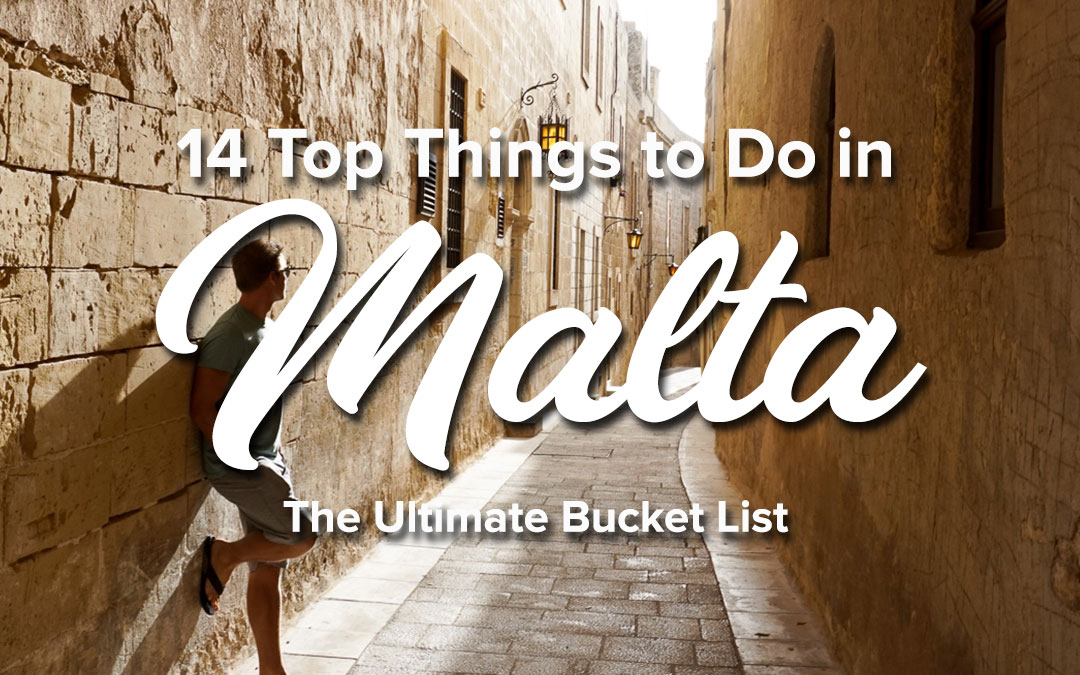 Top Things to do in Gozo & Comino 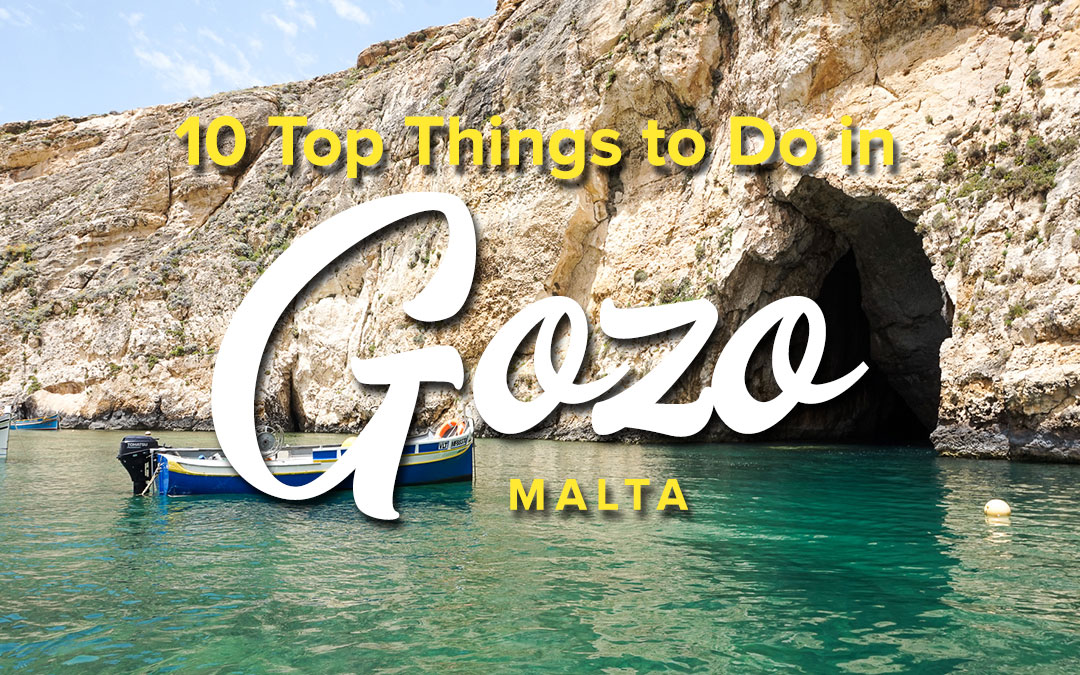 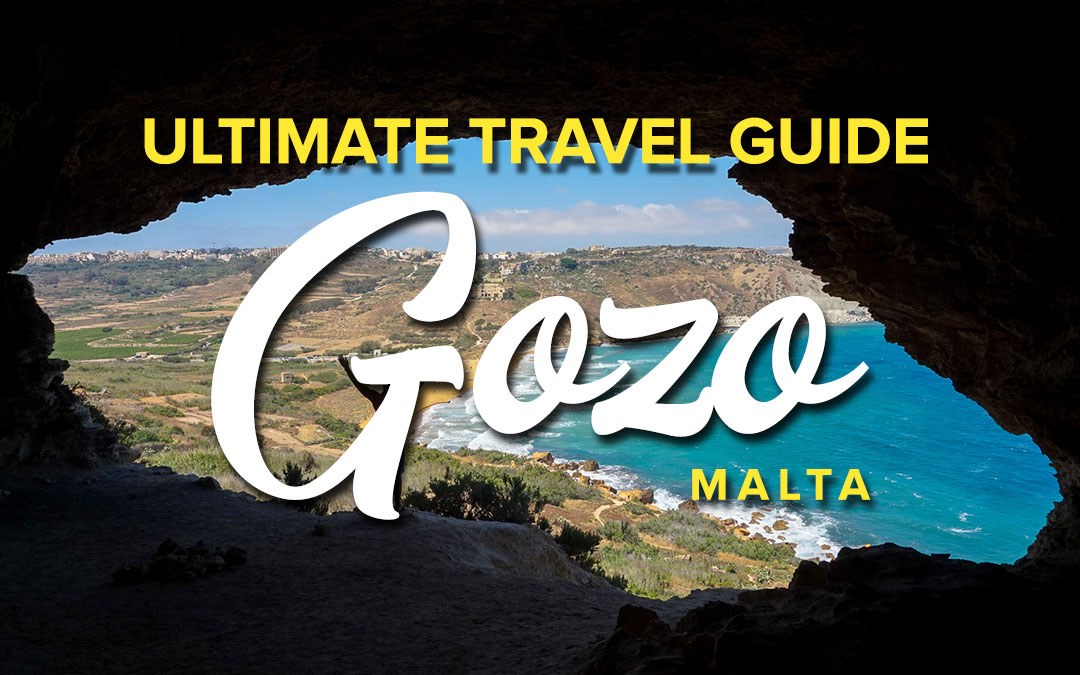 How to get around Malta

There is an extremely efficient and cheap bus network in Malta. Buses run regularly around the island with stops on what feels like almost every corner. Single tickets can be bought on the bus with cash for €1.50 (winter) and €2 (summer). If you’re there for a week, consider an unlimited 7-day pass which will cost €21 per adult and €15 for a child or you can purchase a 12 single journey pass for €15. Avoid giving the bus driver anything larger than a €5 if you can avoid it. Buses in Gozo are a little more sparse than Malta but still very accessible. 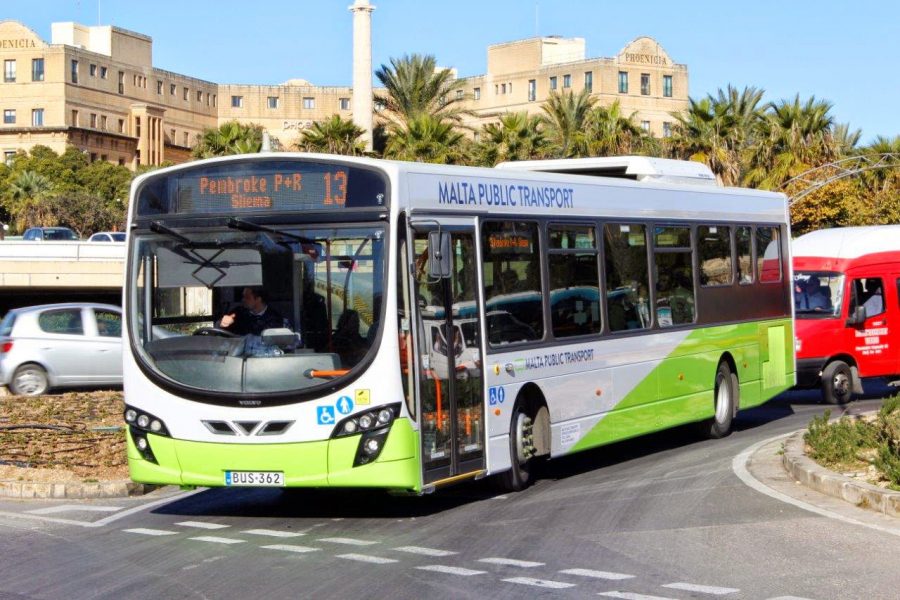 If you’re a confident driver, consider hiring a car for at least one day. It’s inexpensive (as little as €15 a day) and allows far more freedom to explore. We’d definitely recommended this if you are only in Malta for a short time. Manual transmission vehicles are most commonly driven, however, automatics are available at a higher rate and at times, slightly harder to find. We rented from Autorentals Co – a local and affordable car rental company in St Julians. If you plan to rent from the airport, Goldcar has extremely cheap prices (€8 for a manual :O).  Speed cameras can be found quite commonly so look out for the signs. You are given 4 warning signs prior to the actual speed camera. You’ve been warned.

Driving a scooter in Malta can be a little daunting and hectic, especially if you’re a newbie. However, it’s still an option! We opted for a car rental in Malta and a scooter in Gozo. You must have a drivers license to rent a scooter and depending on what class you have, the power of the bike changes. Scooters or ATV’s can be rented in the main towns such as Marsalforn/Xlendi (Gozo) or St Julians/Sliema (Malta) from €20-€55 a day depending on what you want. 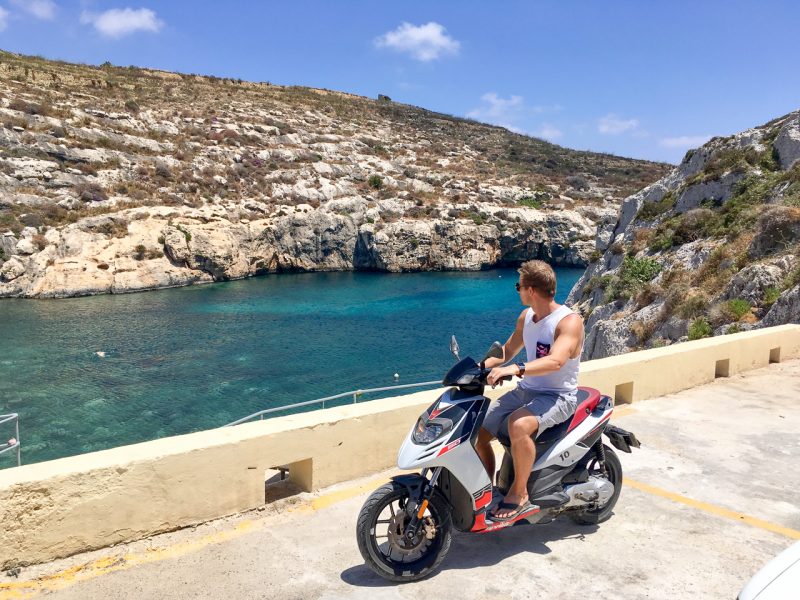 Taxify is similar to Uber (which hasn’t quite made it’s way to the island just yet). Download the app and call a taxi wherever you are. Note: you’ll need data to access the app. Regular taxis are also available on the island but Taxify is cheaper and more convenient.

Where to stay in Malta?

Deciding where to base yourself in a new country can be overwhelming, so we’ve given a brief rundown of the best places to stay in Malta, depending on what you’re after.

Note: For accommodation in Gozo, please refer to our Gozo Guide.

View All Hotels in Malta. 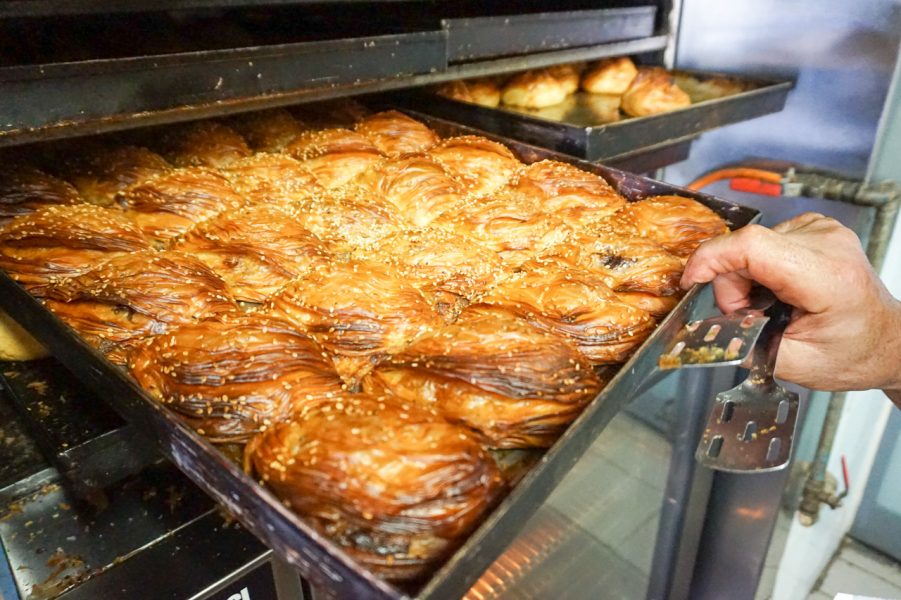 We all know how important it is to try the local cuisine when visiting a new country! So what’s Malta’s food like? Maltese cuisine is influenced by it’s neighbouring countries such as Sicily and Northern Africa and is blessed with a climate that yields a large variety of crops throughout the year. 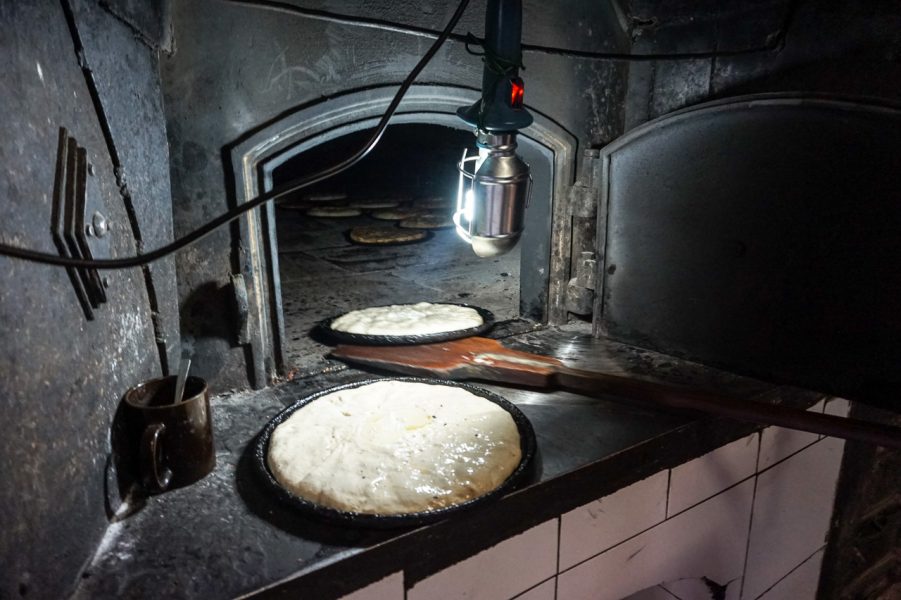 Many local dishes are prepared using very fresh seasonal produce, with specialities like stewed rabbit, quail, horse (occasionally), vegetables, bread (so much bread!) and a whole lot of cheese.

If you love food as much as we go, check out our post on the 12 Foods You Must Try in Malta. 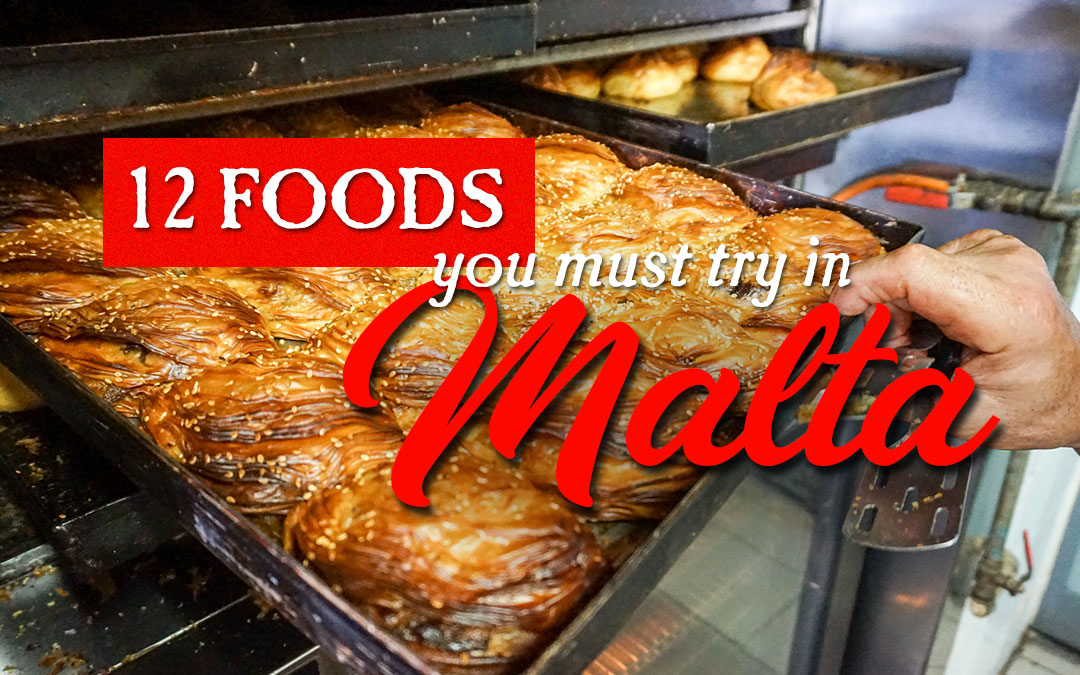 The Malta Discount Card gives you 600 exclusive savings on over 150 establishments on the island of Malta and Gozo. Not only can you save up to 50% off on a restaurant meal but there are savings to be had for ATV rentals, spas, hotels, diving, water sports and entries to historical sites and museums. It seems a little bit too good to be true but we’re here to tell you there isn’t a catch. We saved 50% off our bill at numerous outstanding restaurants throughout Malta, ones consistently ranking high on TripAdvisor (4+ Stars). 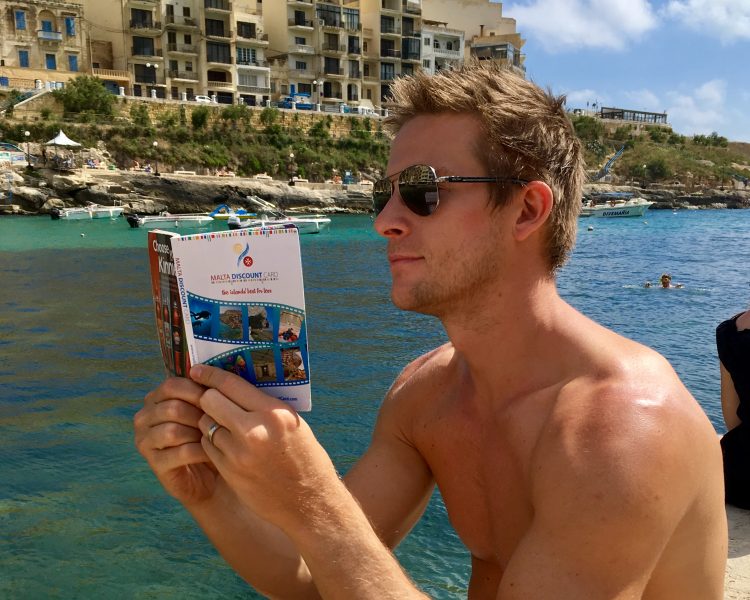 The discount card comes in two forms, either for holiday use over 10 days (€20) or for an entire year (€35). The annual card can be bought online here and the tourist card can be bought with authorised sellers here or at any of the participating stores located on the website. The card will come with a small book explaining each of the discounts and how much you will save each time. Note: One card is valid for 2 adults and up to 3 children under the age of 12.

So, have we convinced you to book a trip to Malta yet?

Disclaimer: Part of our experience in Malta was made possible in collaboration with The Malta Tourism Board. As always, opinions, recommendations and photographs remain our own.