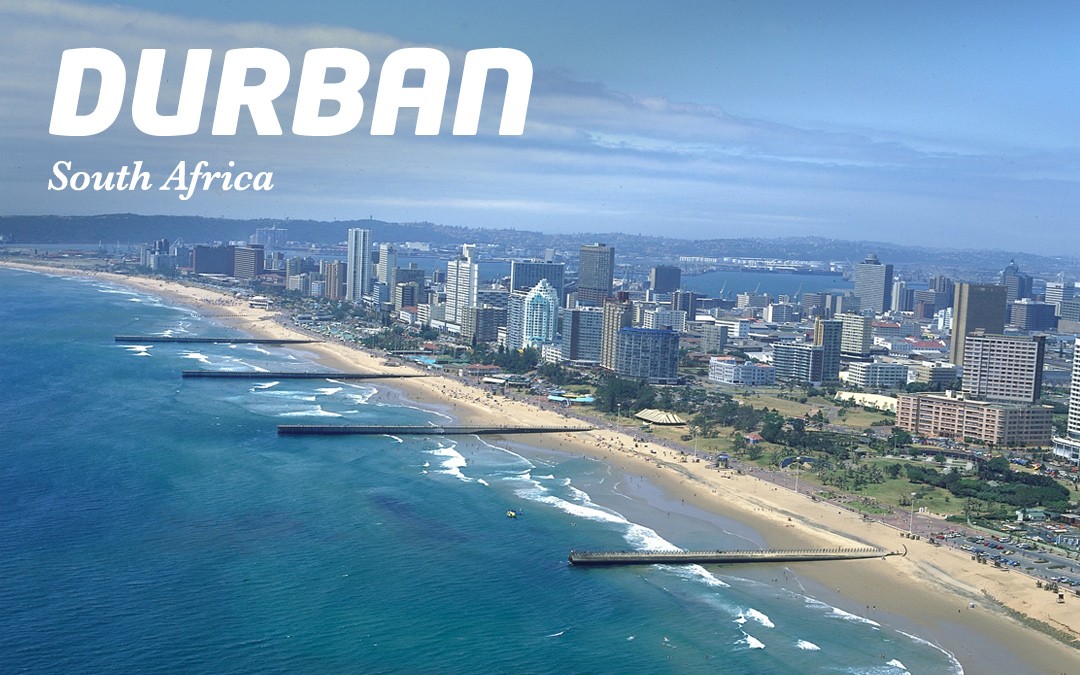 The last time we stayed in one city for longer than a week was during our 2 weeks in Rio De Janerio over Carnival….back in February! We’ve been to many cities since then but nowhere that we stayed longer than 7 days, therefore the time had definitely come to set up camp, unpack our backpacks, learn to cook again and simply relax. Durban, South Africa became our home for almost 3 weeks and it was just what we needed.

Durban, the 3rd largest city in South Africa is located on the East coast of Africa. It is primarily known for its gorgeous coastline, a vast amount of beaches, a subtropical climate (25 degrees in winter, yes please) and is built around one of the busiest ports in Africa. We found the locals to be very welcoming and also very intrigued as to what two Australian tourists were doing in the suburb of Hillcrest.


Very close family friends of ours have a house in Hillcrest, so we were very grateful to be given their place for the 3 weeks and thoroughly enjoyed getting back on top of things again. We got acquainted with the suburb very easily, enjoyed having a regular supermarket, a washing machine, a huge kitchen to cook, our own bathroom, the most comfortable bed, a backyard and most importantly, a space to put clothes into a draw, the first time we have done so in over a year! Sometimes, it really is the small things you realise you miss! 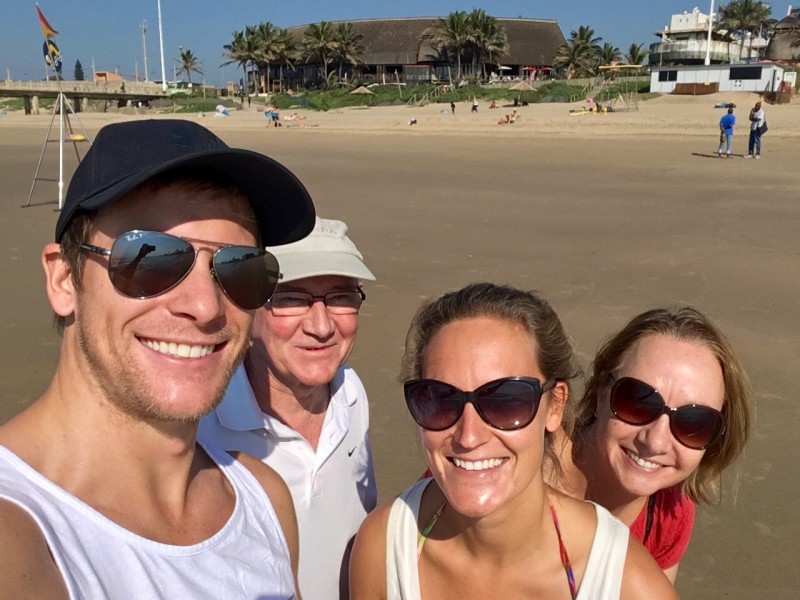 Getting Back on Track

During our overland tour, there was no shortage of food, yet a definite shortage of exercise. It was showing well on both of us so we took the opportunity to really detox before we spent the summer in Barcelona. Thankfully, South Africa had an abundance of fresh foods so it made it easy to shop and eat well. Getting back into an exercise regime doesn’t take too long, we had the right space, time, equipment and motivation… so with this in our favour, we really had no excuse. 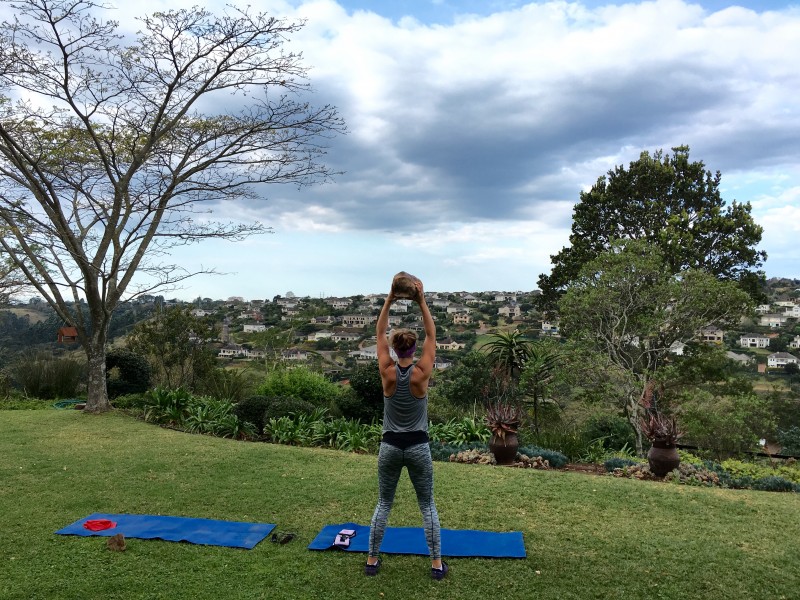 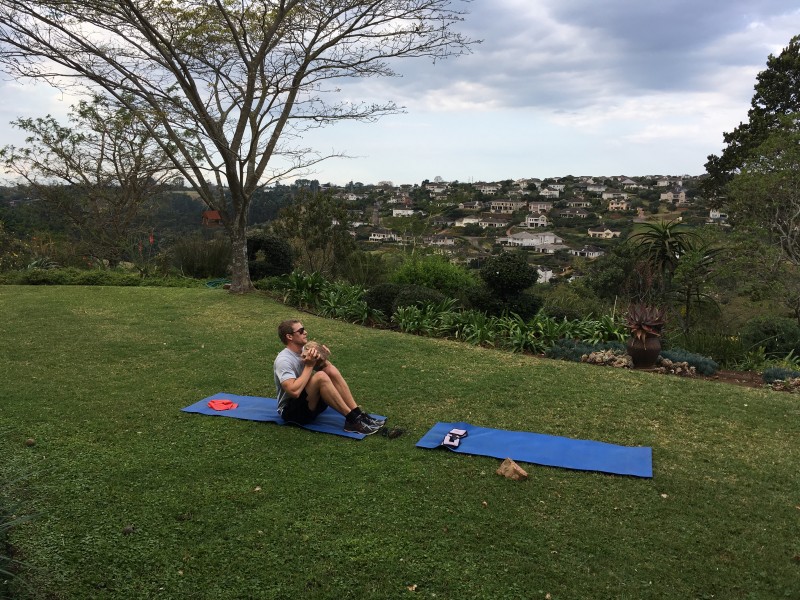 Apart from relaxing, catching up on work, writing blog posts and going through our 1000’s of African photos, we did explore Durban and some of it’s surrounding areas. We thought we’d let you know what else we got up too with our time in Durban. 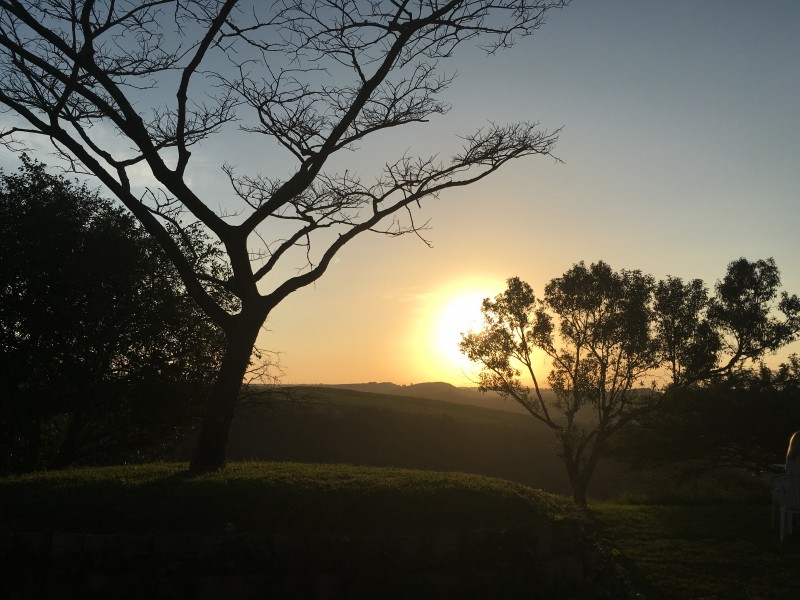 Spending the mornings at The Shongweni Markets was our favourite thing to do (surprise surprise). There was something very unique about these markets and we visited them 2 out of the 3 Saturday mornings we spent here. If there is one thing that makes them so special (apart from the food), it was the atmosphere. Opening at 6:30 am, half the car park is nearly full and the sun is just rising. 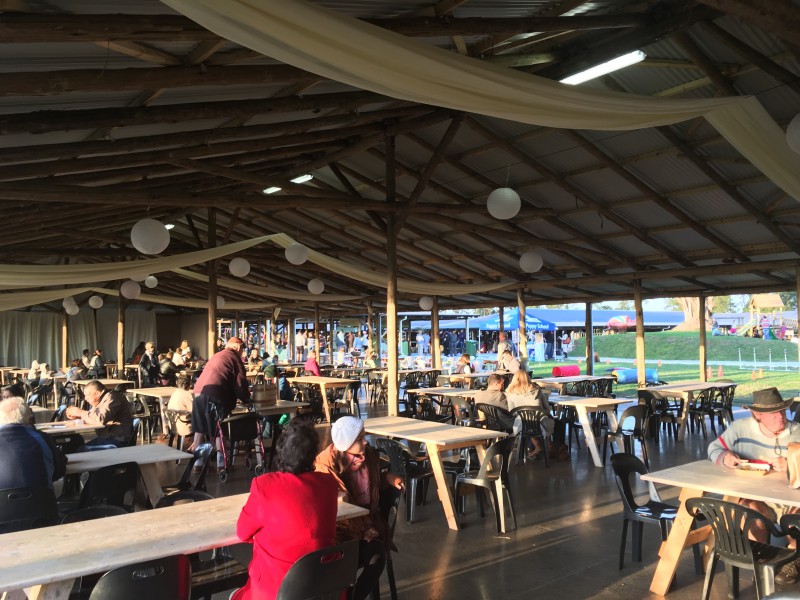 As the only tourists there, you’re surrounded by a very friendly welcoming community of families, couples, friends, kids, dogs, and of course the smell of delicious food everywhere. Within 2 hours of being there, we left with 4 grocery bags filled with goods and still had the whole day ahead of us. A really great way to start any weekend. 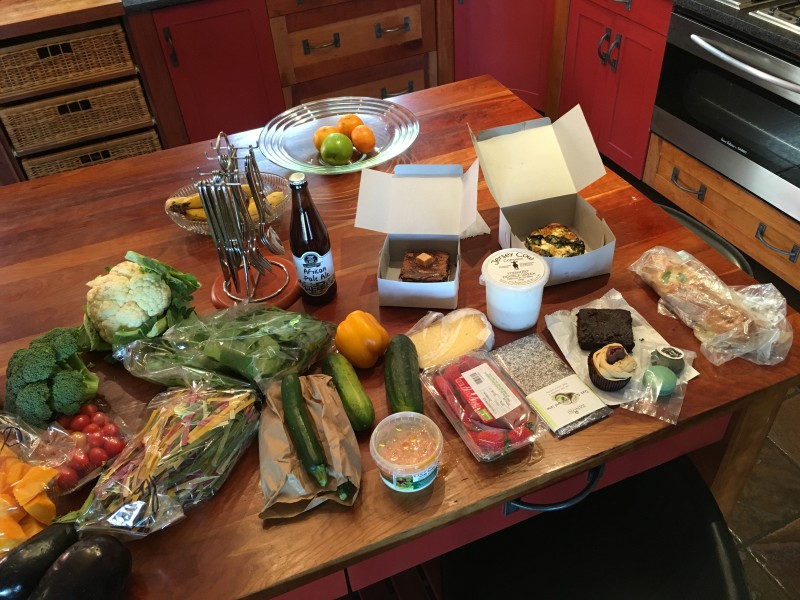 uShaka Marine World, offers a huge variety of entertainment, excitement & fun, especially for families. They have an aquarium, water park, zip lining course, shopping village & a children’s play and party area. I must say, the children’s play and party area was the best I’ve ever seen and we would come back (with children) solely for this 😉 We spent the afternoon walking around the beach and the village before having lunch at Cargo Hold Restaurant, looking directly into the giant aquarium. A pretty unique restaurant setting! 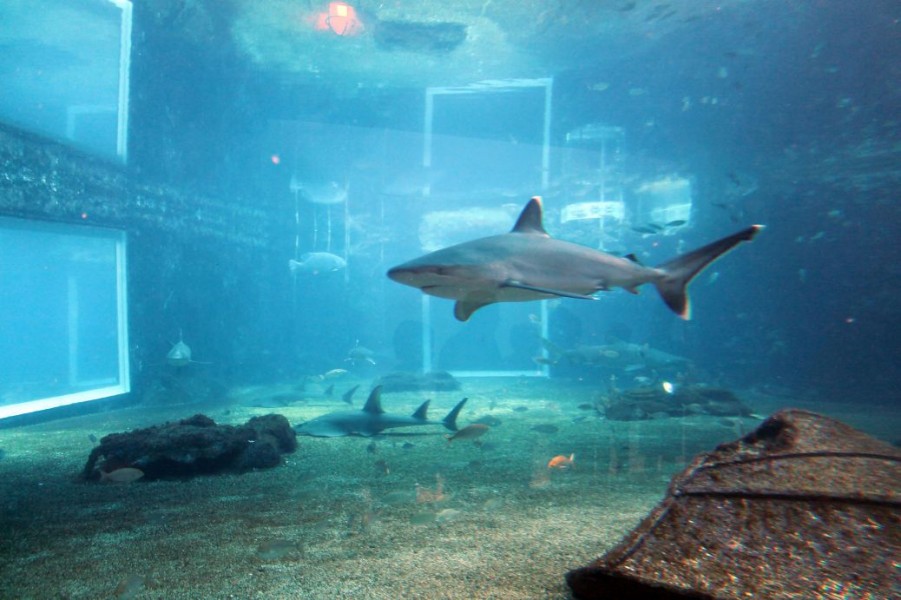 uShaka Beach is located right across from uShaka Marine World and is a very well known family beach. There are numerous activities you can do on and around the beach making it the perfect spot for families, beginner surfers, kite-surfers or for pure beach relaxation. You can also rent a bike and cycle up the promenade. 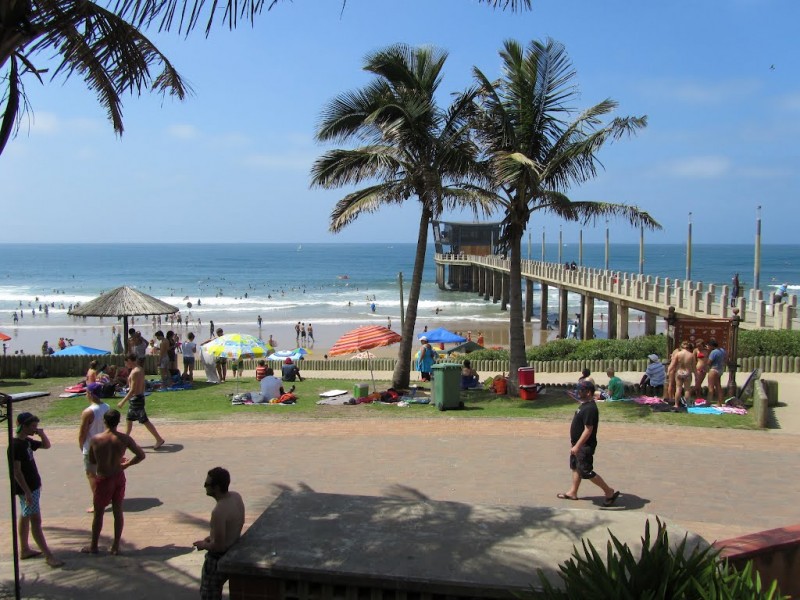 The valley of 1000 hills, is named after the many hills, cliffs, and valleys which rise from the banks of the Umgeni River as it flows from the Drakensberg mountains to the Indian Ocean.

The area combines the luxury of laid-back country living with an ancient, indigenous culture and has been home to the Zulu people for centuries. Many Zulu people still continue to practice and live their unique traditional lifestyle today. You can see how they live their lives at the Cultural Village inside the Phezulu Park. They’ll put on a show with their traditional songs, dances & clothing.

The Phezulu Safari/Reptile Park had more crocodiles and snakes than we have seen through all of Africa. There were cages with over 15 snakes, all of which were extremely active. It sounds unusual but we thought about how many times we had seen snakes behind glass before and 9 times out of 10 they’re always sleeping. All of these snakes were slithering about their cages, opening their mouths and quite frankly scaring the shit out of us. 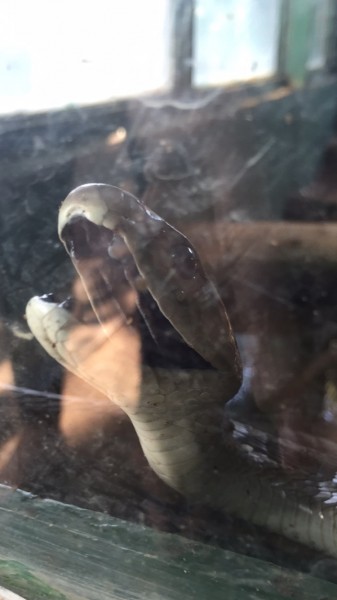 The crocodile pits had a significant amount of them in each, some had up to 29. They just laze about, occasionally moving throughout the day. We chatted to the local guide who told us where and how they end up here, along with their eating habits and behaviours. They were separated based on their species, basically to avoid killing one another. Sounds fair. 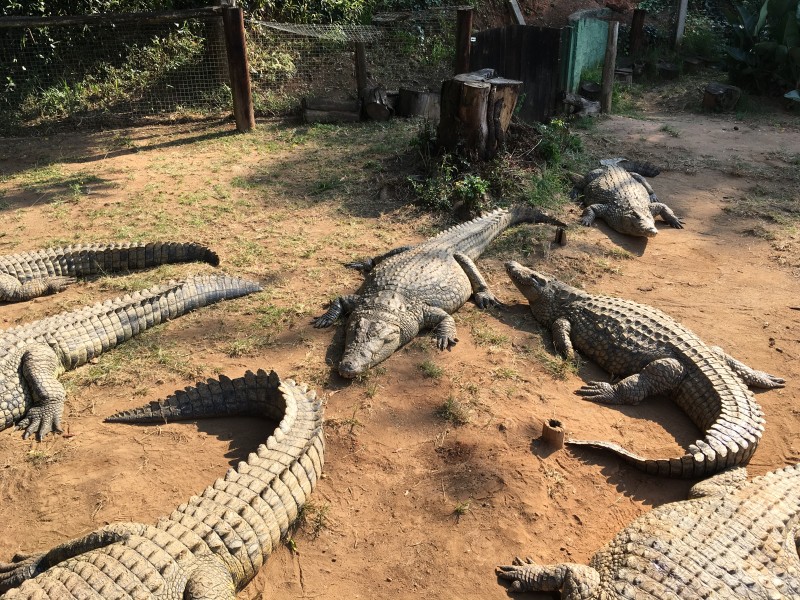 The guide also took us into the “creature cave’ and gave us the chance to hold a few unusual animals, ones you wouldn’t normally. As you can see, the tarantula spider scared the living daylights out of me, whilst Jacob cuddled this adorable hedgehog. We also held a baby alligator and were offered to hold a scorpion but kindly declined… No thank you! 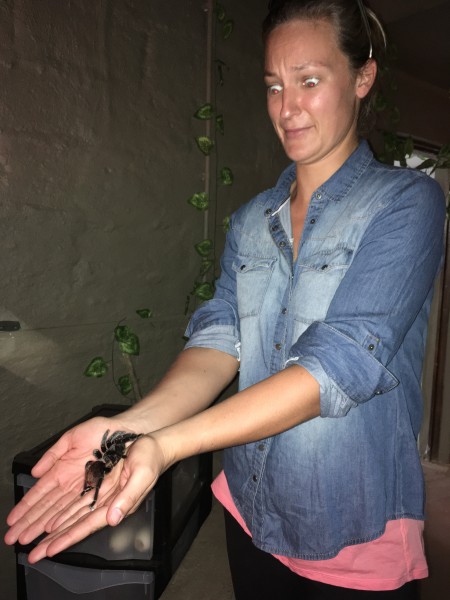 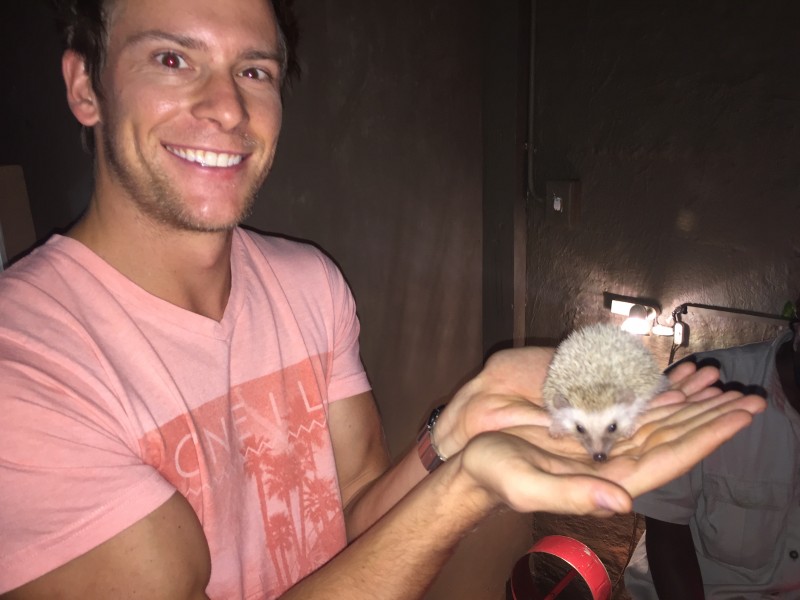 Our Weekend Getaway to Umhlanga Rocks

Umhlanga is located 40 minutes north of Hillcrest and is definitely one of the most sought-after beach holiday destinations in South Africa. Locals and international visitors come here for the beautiful beaches, shopping, nightlife, restaurants & summer/winter festivals. There’s a wide range of accommodation choices from holiday apartments, luxury hotels, lodges and guesthouses. 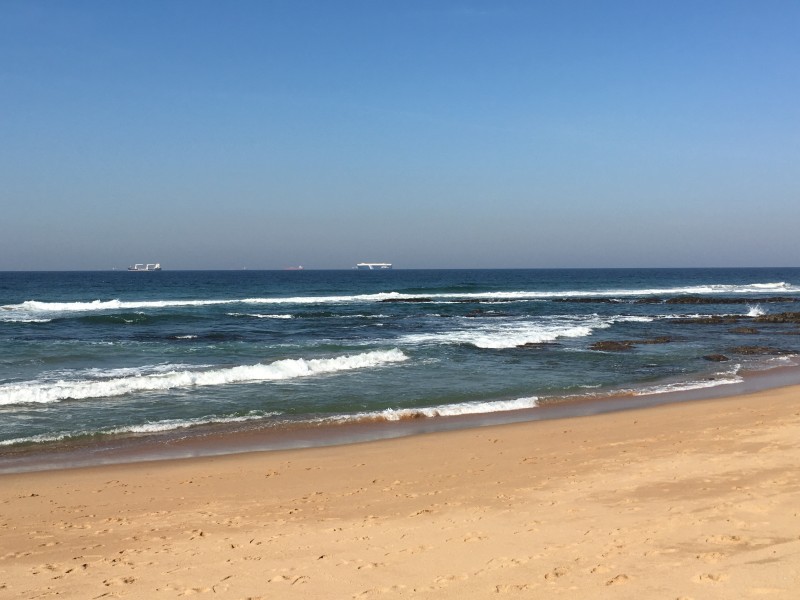 We saw it was going to be 29 degrees so we decided to head out on a mini weekend getaway to Umhlanga Rocks and spent the night at a guest house, Andre’s Place. I think we got really lucky with the weather, it’s not every city you can spend a few hours on the beach in the middle of winter! It was a beautiful spot and we definitely recommend to any Durban visitor! 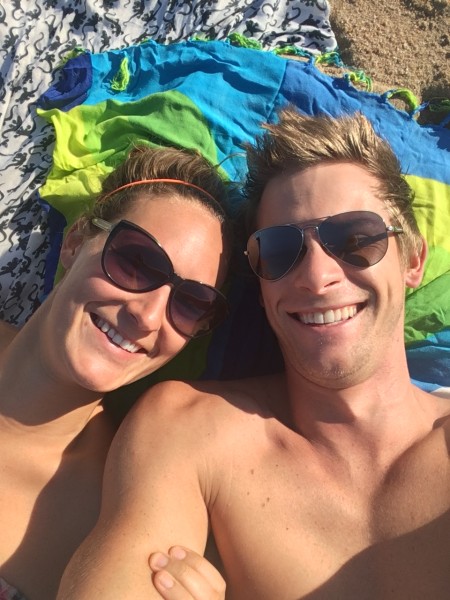 The Village, as the locals call it, is where you’ll find the majority of restaurants, bars and cafes. 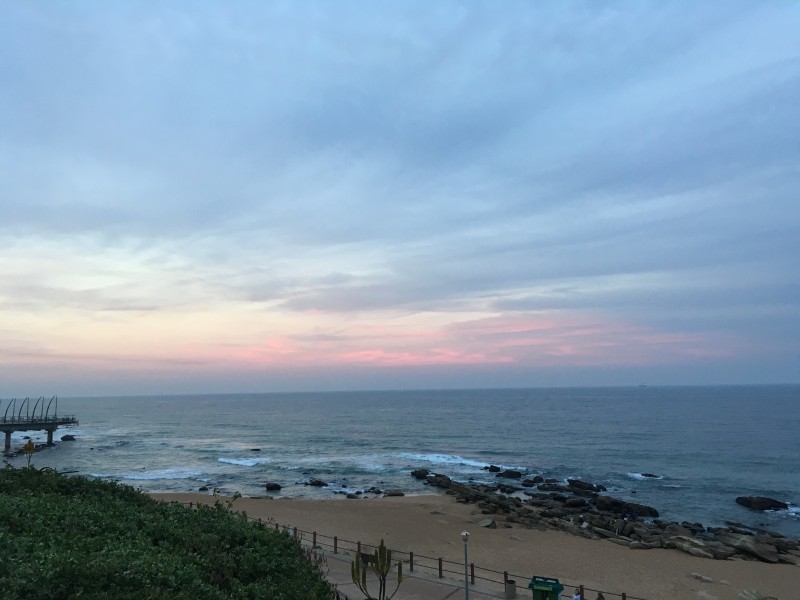 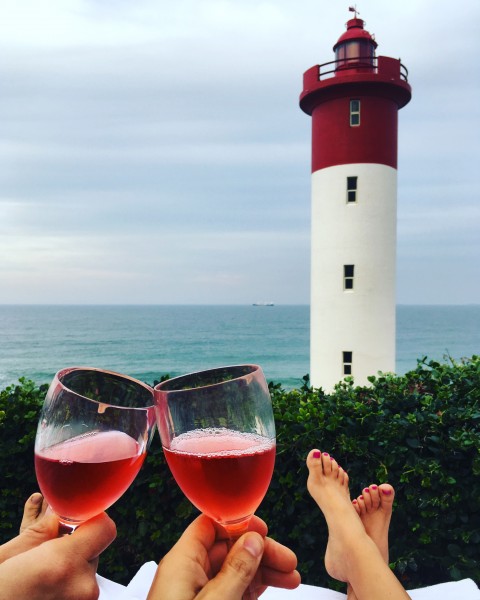 We’ve thoroughly enjoyed the South African food culture so it was only natural that we took full advantage of the restaurant choices offered. Let’s begin with lunch at 14 on Chartwell, followed by sundowners at the Oyster Box Hotel, dinner at Remo and then drinks at The Dutch & The George. We met some awesome South Africans and spent the night with them learning all the South African slang words and trying to string together full sentences, only using the slang. After some lessons, I think we fit right in or sounded ridiculous, one or the other. 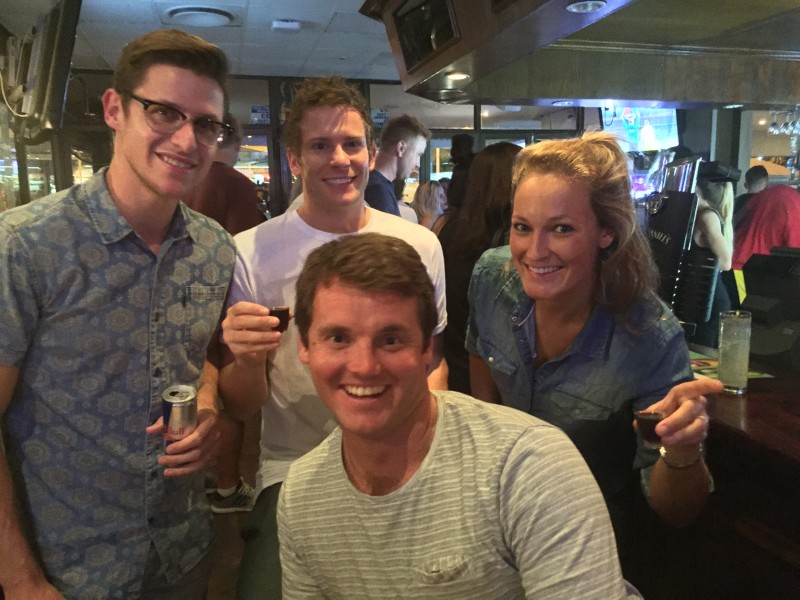 Gateway is located in Umhlanga. It is Africa’s largest shopping mall with 18 movie theaters, 6 Nouveau Cinemas, 2 3D cinemas, a playhouse, over 100 restaurants, 400 + stores, an arcade and theme park, indoor fun fair, a 4000 sq.m skate park, wave pools, a gym, a tenpin bowling alley, and a science theme park. There was definitely something for every family member here!

The Dubai Mall in Dubai still takes the #1 spot for the biggest mall we’ve ever seen however I still spent a considerable amount of time walking through the mall whilst Jacob saw Warcraft at the cinemas… a movie version of a computer game he spent half of his childhood playing. Gold class tickets for $8 USD. Score. 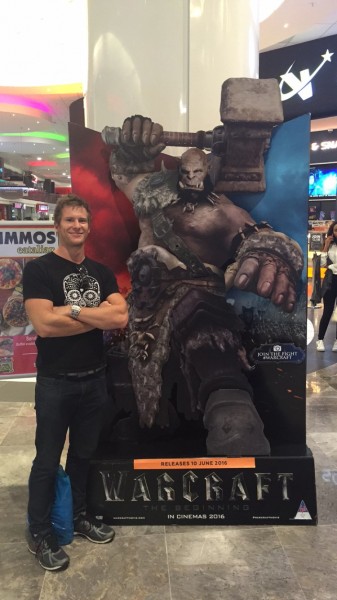 “You have to try a Bunny Chow”, “Don’t forget to try the Bunny”. We’d heard this a million times before we came up to Durban so sure enough, within the first day or two we delved into our first bunny chow. Bunny chow is a simple Indian curry (lamb, beef or chicken) but instead of it being served with rice, it is served inside a loaf of bread. It sounds completely bizarre but it is absolutely delicious, especially when you get a fresh loaf to hold the curry! Don’t knock it till you try it 😉 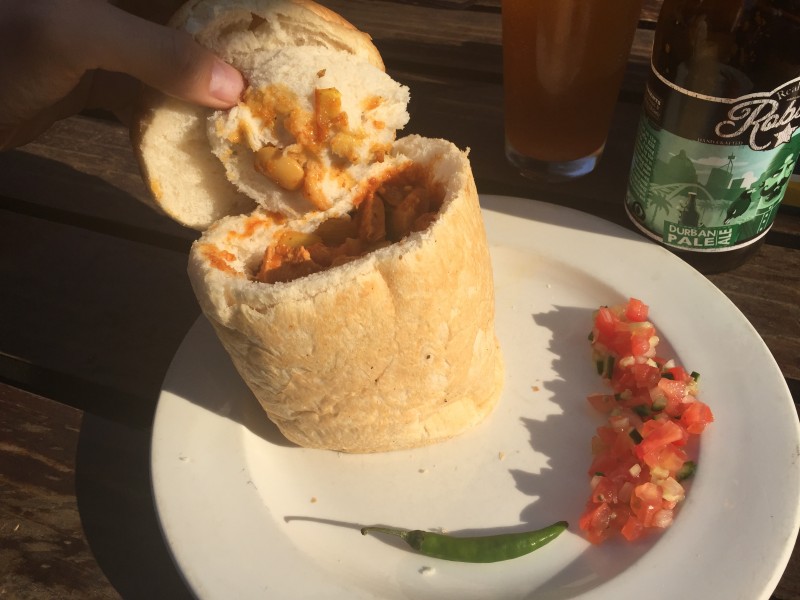 The End of Our African Adventures… Waaaaah!

Unfortunately after 2.5 months through Africa, it was time for us to bid farewell to one hell of a continent and head towards Barcelona for the summer. Africa truly stole our hearts from day 1 and we couldn’t have asked for a better time. 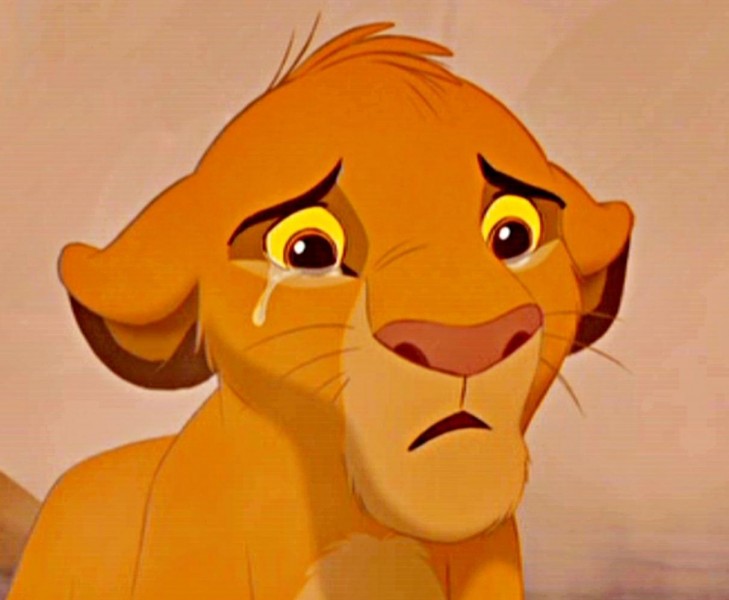 We walked with rhinos, camped alongside hippos in the delta, swam with crocodiles and sharks, played with orphaned cheetahs, witnessed one hell of a lion roar, were circled by over 10 lions, bungee jumped off the highest bridge jump in the world, hiked up sand dunes, wandered through the desert, were soaked by Victoria Falls, reunited with friends and family, saw a record amount of sunrises and sunsets and ate more food than any human needs to but we wouldn’t change a damn thing!

Africa, you ROCK and we are so glad for all of the amazing experiences we had.