6 Top Things to Do In Congo 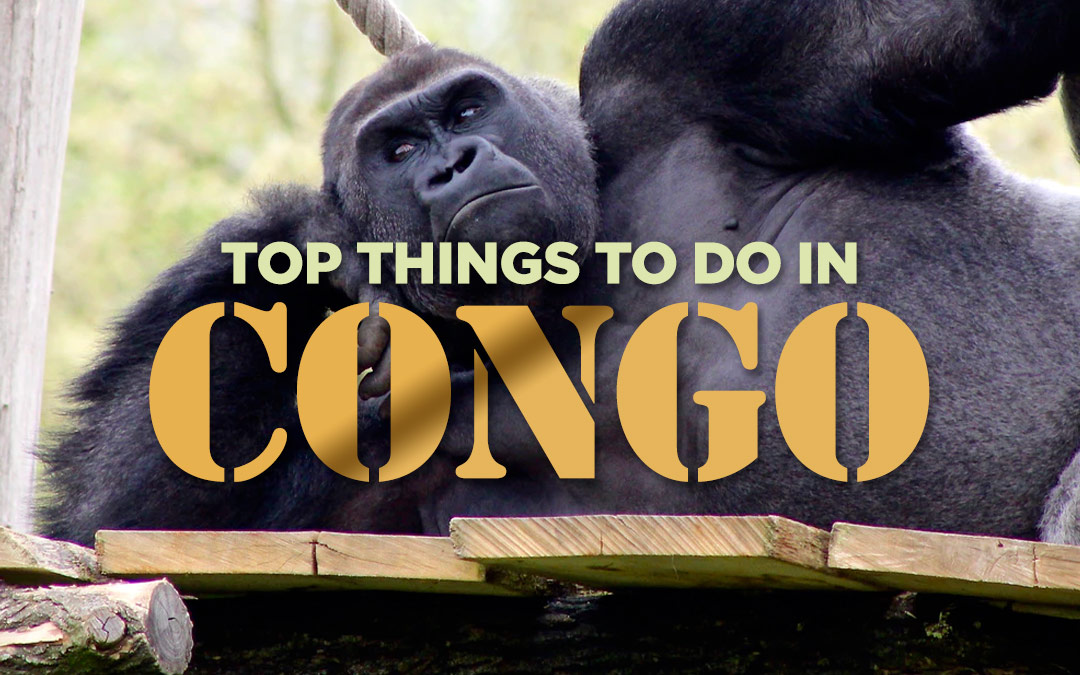 Some of you may know that Africa is our favourite continent in the world, especially the country of South Africa.

Over the years, we’ve travelled to South Africa, Swaziland, Zimbabwe, Zambia, Kenya, Rwanda, Uganda, Tanzania and Mozambique but there are still a few African countries we wouldn’t mind ticking off the list such as Madagascar (lemurs are Jacob’s favourite animal), The Seychelles (mmm delicious beaches) and surprisingly, despite some of the dangers, The Democratic Republic of Congo.

Our friend’s at Wild Rwanda Safaris wrote this post to share some of the top attractions in The Democratic Republic of Congo. Enjoy!

The Democratic Republic of Congo is a vast country with the potential to become a leading tourist destination in Africa. Unfortunately, political instability, bad press and unrest in the Eastern part of the country has scared away many visitors.

Regardless of the bad press, one thing does not change and that is that DR Congo is blessed with great biodiversity and stunning landscapes that are impossible to ignore. It is the only country in Africa where tourists can still go and discover the African wilderness as it once was – unspoiled and untapped. It is only in Congo that one can see both lowland and mountain gorillas. Other rare species unique to DR Congo include the pygmy chimpanzee (bonobos) and the Okapi. The remote Congo rainforest is the third largest in the world and is believed to contain wildlife species yet to be discovered.

If you are still concerned about the security situation in DR Congo then think about this… The country is many times larger than the United Kingdom. You cannot generalize because of what happens in one part of the country. Even the most recent temporary 8-month closure of Virunga National Park did not deter tourists from visiting the country and its other national parks. So yes, there is unrest in parts of the country where it is unsafe, and other parts which are much safer.

So what makes DR Congo so attractive even with volatility in some parts of the country? 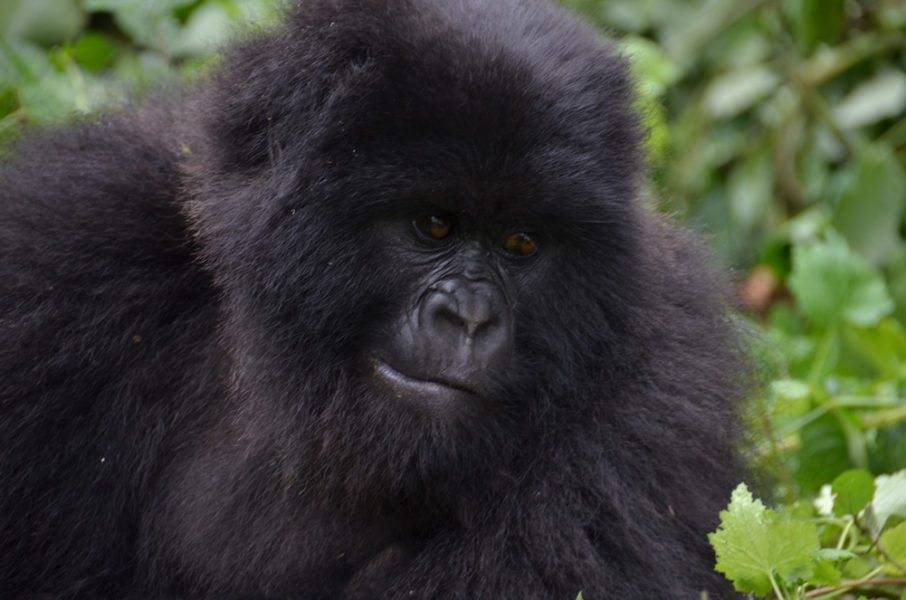 Established in 1925, Virunga National Park is the oldest national park in Africa. It has been designated as a world heritage site because of its remarkable flora and fauna. Virunga National Park is home to the mountain gorillas. Mountain Gorilla trekking and hiking mount Nyiragongo are the two most popular activities in the park. Gorilla tours in Congo provide tourists with a rare opportunity to visit the only mountain gorilla orphanage in the world.

The Senkwekwe Centre and Gorilla orphanage is built next to Mikeno lodge with the purpose of taking care of rescued gorilla orphans that lost their parents to poachers. Tourists can visit the centre to learn about gorilla conservation and the efforts put by organizations like the Gorilla Doctors in ensuring the survival of this endangered species. Visitors are free to make donations or commit to supporting one of the orphans. Virunga is not just about mountain gorillas though. We are talking about a park with chimpanzees, golden monkeys, lions, elephants, hippopotamus and the rare Okapi. Birders should expect to spot birds 410 species of birds.

Read: Our experience trekking with these beautiful groillas in Uganda. 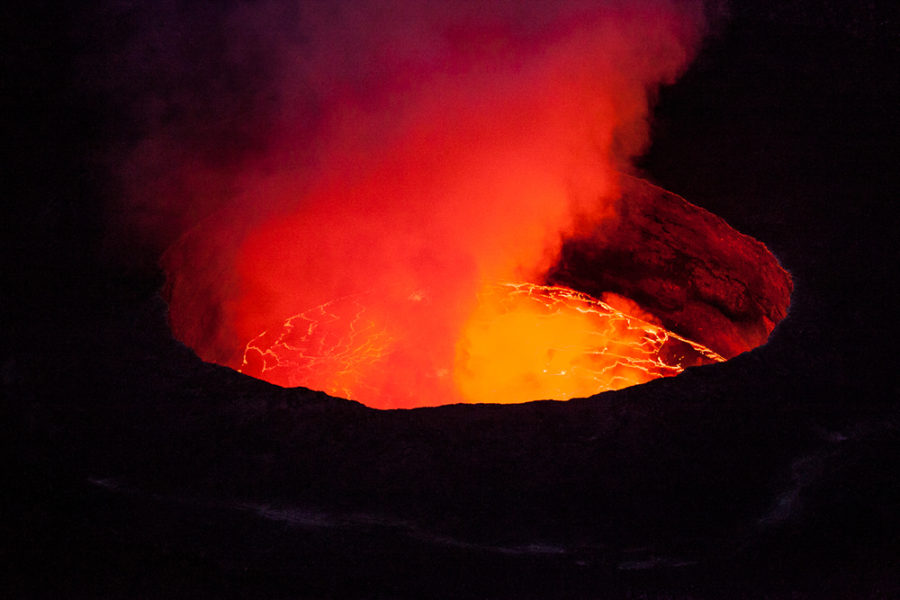 Mount Nyiragongo is one of the few active volcanoes in the world. It is a prominent feature towering above the skies in Virunga National Park. Mount Nyiragongo is the only place where visitors can see a boiling lava lake up-close. When the volcano had its last major eruption in 2011, it left a trail of destruction in its wake. Lives were lost and more than 100,000 people were left homeless. When it eventually cooled down, what remained was a more solidified mountain and a large boiling lake at the summit. The only visible reminder of the boiling lava is a trail of smoke coming out from the summit.

With the recent opening of Virunga National Park, visitors are thronging to the beautiful Virunga National Park to see the lava lake up-close. Hiking to the top of the Nyiragongo Volcano takes two days and involves sleeping at the top of the Volcano. Apart from marvelling at Mother Nature at work and taking photos of the boiling magma, prepare to witness some breathtaking scenery of the Virunga National Park, the other neighbouring volcanoes like Karisimbi, Bisoke and even the Rwenzori Mountains in Uganda. A permit to hike Mount Nyiragongo costs about $450 and it is worth it. Highly recommended for those who want to do something very different. 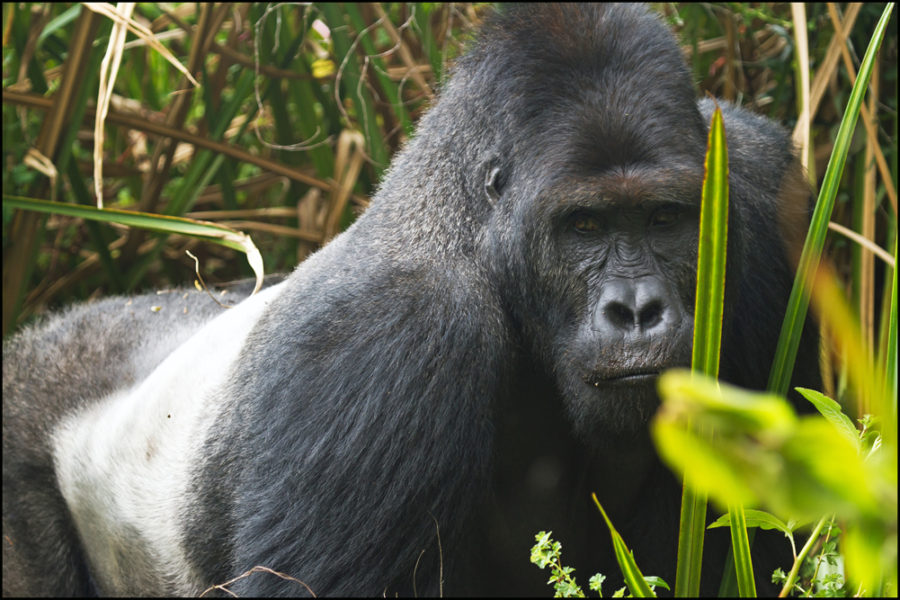 Kahuzi Biega is one of Congo’s hidden gems and another UNESCO World Heritage site. The park is well known as one of the two remaining habitats of the endangered Eastern lowland gorillas. The Eastern Lowland gorilla is also known as the “Grauer’s gorilla” is a subspecies of the Lowland gorilla.

Lowland gorilla trekking is the most popular activity in Kahuzi-Biega National Park. There are less than 300 Eastern Lowland Gorillas in the park. The best time to find the gorillas is during the rainy season. The gorilla families tend to move further away from the park headquarters during the dry season in search of fresh food. Apart from the apes, visitors to the park can expect to encounter virgin territory and amazing landscape consisting of mountains, lowlands, forests and great swamps.

Park Authorities don’t have full control of all sections of the park and this has given room to the poaching of wildlife. There is hope that as the park authorities secure more of the park, the world will finally begin to discover all its hidden treasures. Visiting the park is restricted and one needs special permission from the park authorities before being allowed inside the park. 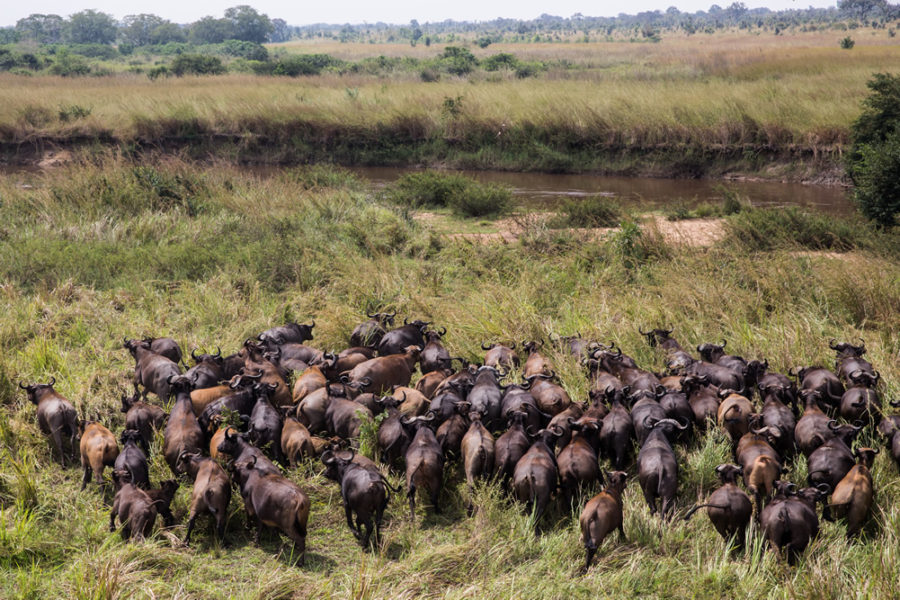 Garamba National Park is another UNESCO World Heritage site in the Democratic Republic of Congo. The park has vast savannah grasslands which support great herds of buffalo, giraffe and antelopes. Because of its remoteness and the volatile situation in the area, the park receives few visitors. Poaching by both militants and communities living near the park has greatly reduced the number of elephants in the park.

It is important to exercise caution while visiting the park because rebel elements led by the notorious Joseph Kony occasionally seek shelter in the remote areas of the park bordering South Sudan. With the recent successful democratic election in DR Congo, there is hope that peace will eventually return to every part of the country and this beautiful game park will be fully open to tourists. Some tour operators still run tours here.

5. Be Awed by Salonga National Park 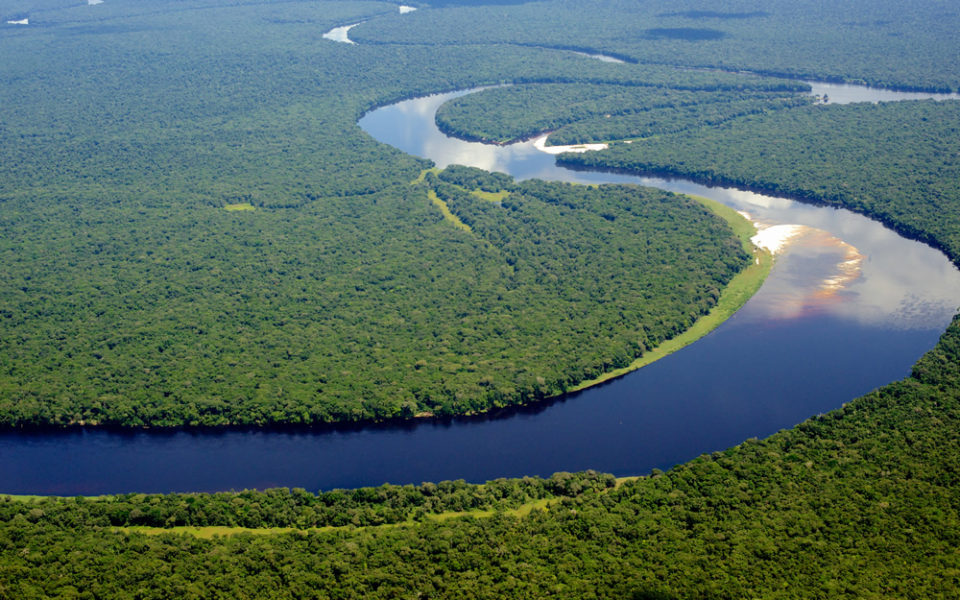 Salonga National Park is also classified as a UNESCO World Heritage site. Salonga and Kahuzi-Biega national parks are the last strongholds of the Grauer’s gorillas. Grauer’s gorillas are the largest of the gorilla subspecies. They are heavier and larger than the mountain gorillas although with less fur. About 4,600 individuals live in the highlands and forests of these two national parks.

6. Visit the Lola Ya Bonobo Sanctuary in Kinshasa 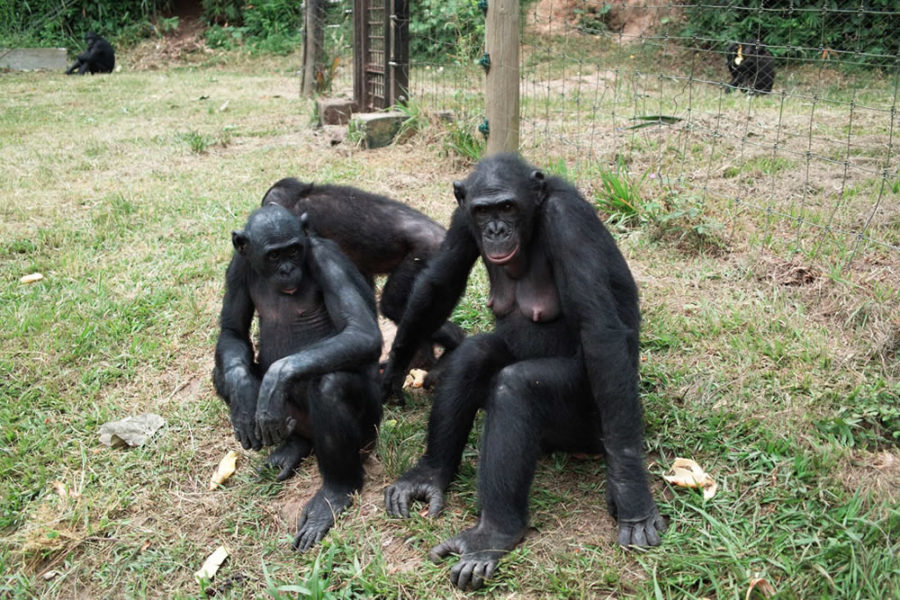 For those on a brief visit to the capital Kinshasa and wish to see some of Congo’s rare creatures, the Lola Ya Bonobo Sanctuary may be the first place start from. The sanctuary lies on a forested area covering thirty hectares. Bonobos are generally more peaceful than their larger cousins the common chimpanzee but still face great persecution from humans.

Bonobos are hunted for their meat or sold as a pet in the lucrative black market. Moreover, human encroachments on Congo’s vast forests have shrunk the size of their natural habitats leading to conflicts with Humans. The Lola Ya Bonobo Sanctuary was established to protect young Bonobos left orphaned after their parents were killed. The sanctuary also helps raise awareness about their plight and dwindling numbers. A team of highly dedicated volunteers, animal doctors and permanent staff feed and take care of the orphans till adulthood.

Apart from the main attractions discussed above, visitors to the Democratic Republic of Congo have several other options worth exploring.

What other top things to do in Congo would you recommend?