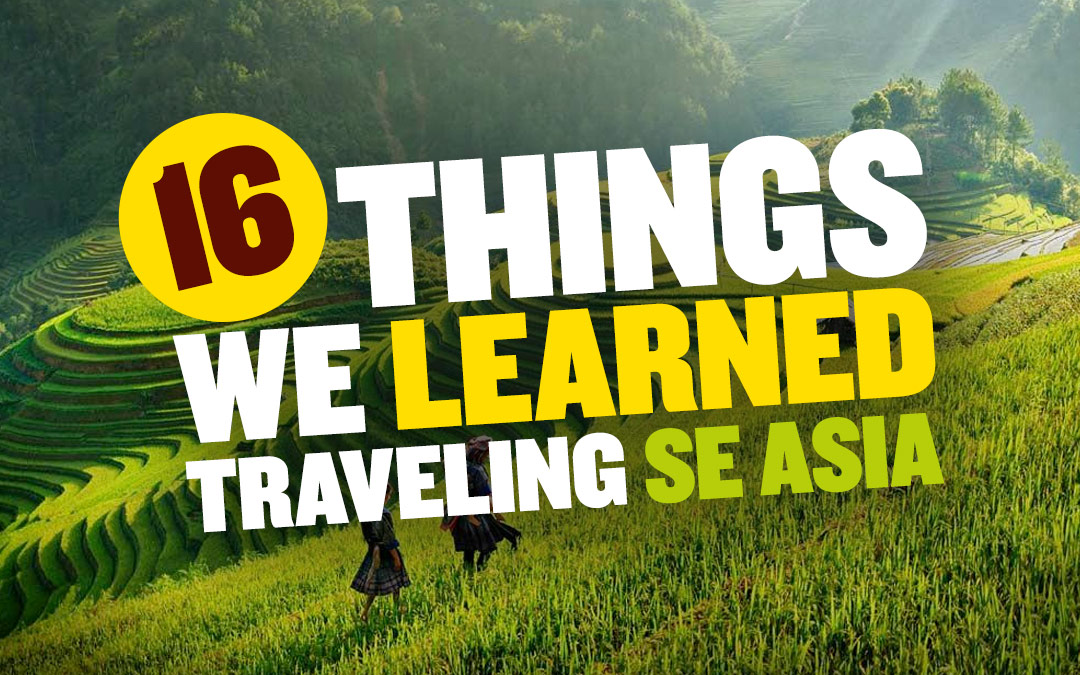 After spending 9 months in Asia last year we began to pick up on some pretty interesting facts about this continent! At times we found ourselves in stitches as we witnessed, ate and experienced things we had never before. Everything in Asia was foreign to us – the foods, the religions, the cultures and the everyday mayhem that revolves around the lives of the locals.

There’s something so fascinating about Asian culture and it was here that we were pushed outside of our comfort zones, had our patience tested, expanded our cultural knowledge and most importantly, really learnt to appreciate the simple joys in life.

We couldn’t help but share some of these with you. Enjoy! 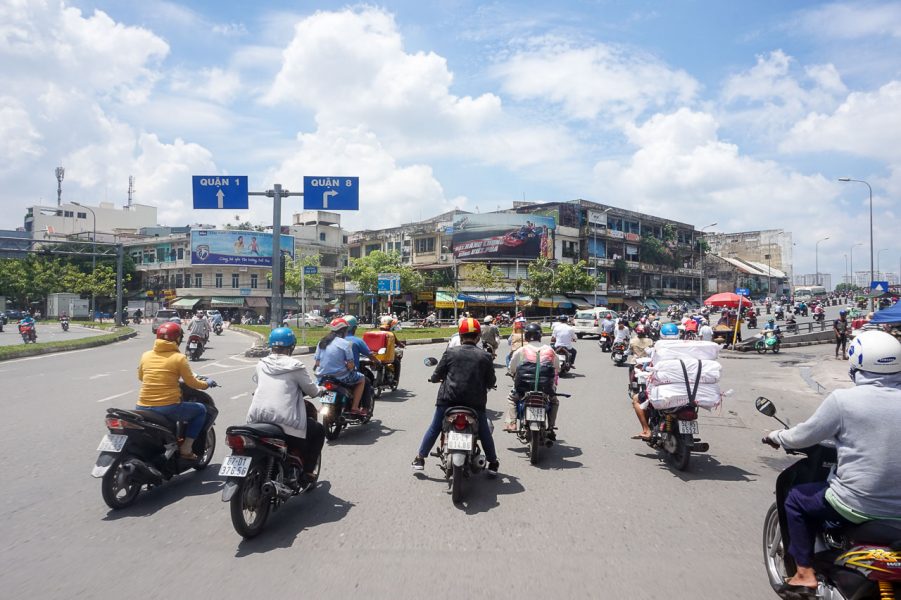 Did you know that more people own motorbikes in Asia than cars? It’s almost strange if you don’t own a motorbike, not to mention how unbelievable it is how many people they can actually squeeze onto one bike. A family of 5 including a baby? No problem! We saw bikes carrying everything from baskets of chickens to balloons, people & even construction equipment. Both Grab and Uber have motorbike services in most of the larger cities and it’s a thrill ride at the best of times. Please don’t forget to wear a helmet every time you get on a motorbike! 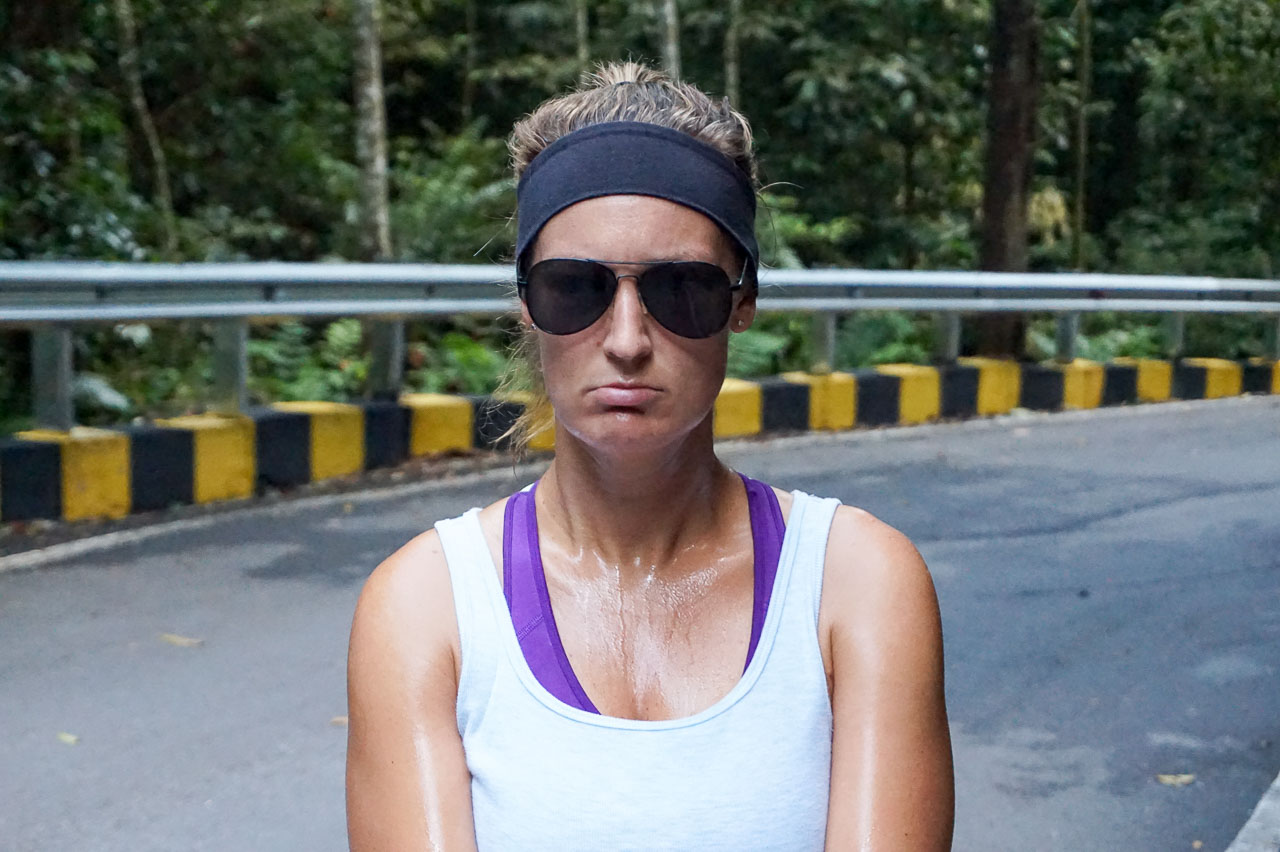 The humidity in Asia is something else, with the Philippines and Malaysia topping the hottest temps ever! Apart from constant sweating, I didn’t think it was possible to have hair that was so permanently frizzy. Don’t bother bringing a blow dryer to Asia, it’s a complete waste of space, heat and energy. A little word of advice, when you have the option to choose an A/C room, do it. Seriously. It’s worth the extra $$! Oh and if you’re wondering what is going on in this pic…we were walking up the world’s steepest hill whilst being chased by monkeys, in 45-degree heat :D. I was STOKED! 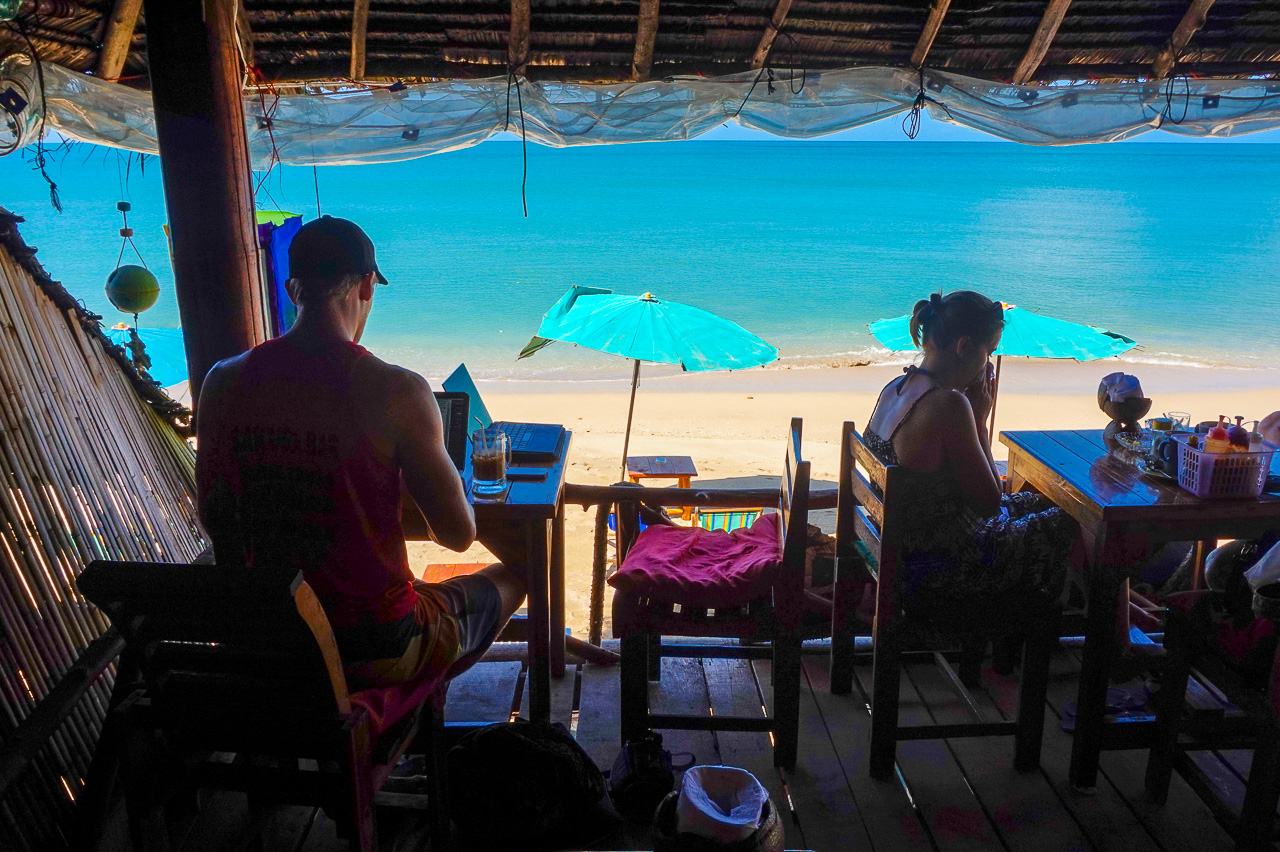 Everywhere in Asia had WiFi, including 90% of restaurants, buses and even teeny village homes in the hills of Sapa or directly by this beach in Thailand. If the WiFi was poor, most countries had reliable sim-cards with a ton of data on it for less than $10 a month. You can only imagine how happy this made a certain someone.

Man Australia is behind in the internet world! 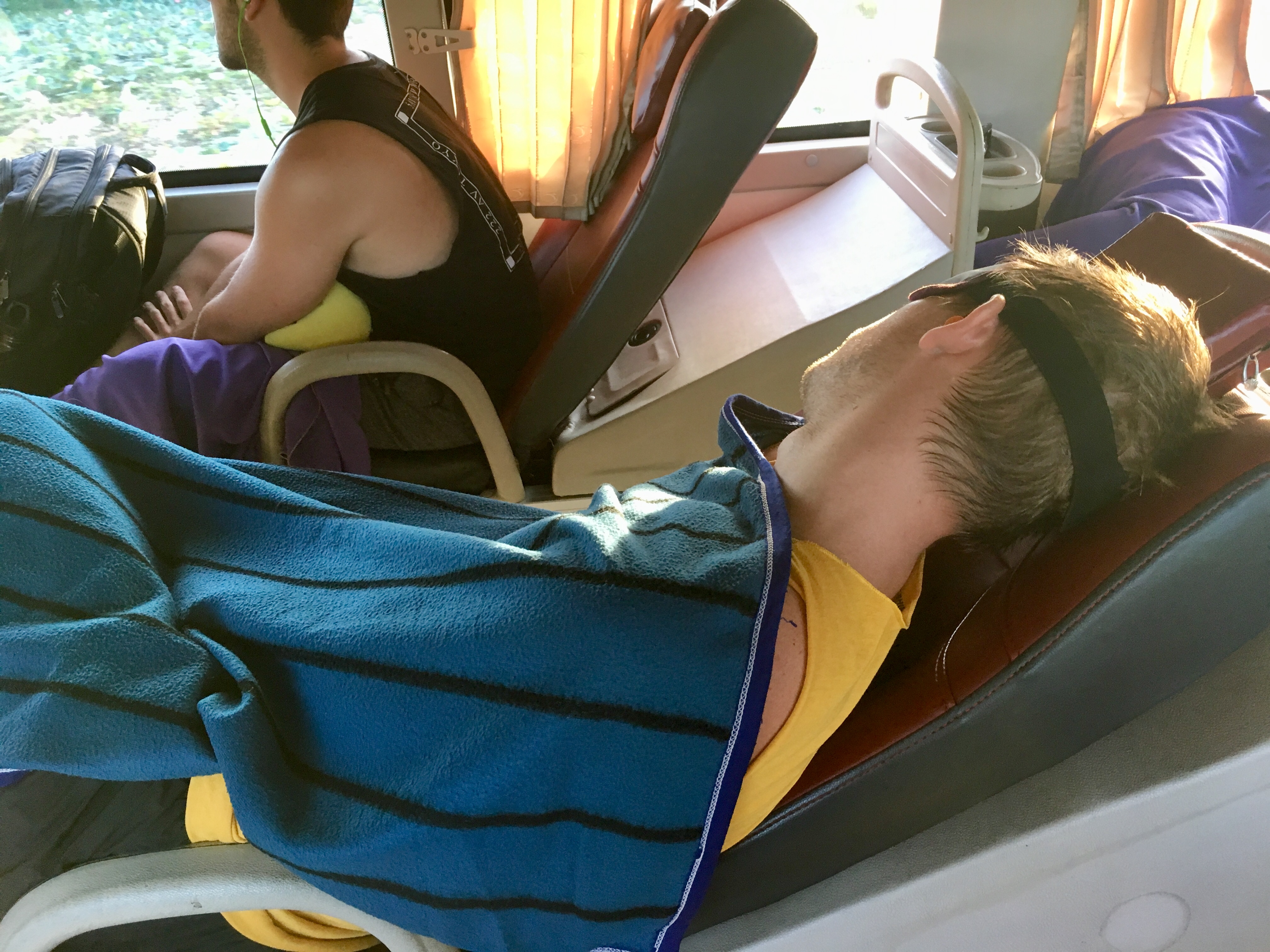 Four years ago, before we started travelling, a 2-hour bus ride would be complete hell but after travelling through Asia for almost 9 months, anything less than 10 hours is a piece of cake (mostly). It’s impossible to travel through Asia without getting on at least one long-distance bus ride.

Don’t turn your nose up at a 15-hour bus ride, just yet! Most of the buses, especially through Thailand, Myanmar, Laos, Cambodia and Vietnam are very good. The seats go almost flat, there is often WiFi, a reasonable toilet (for bus standards), they stop regularly for food breaks and overnight buses will save you a night’s money on accommodation. I think the longest one we ever took was 16.5 and yep, we didn’t die.

5/ Bugs (to eat) are plentiful 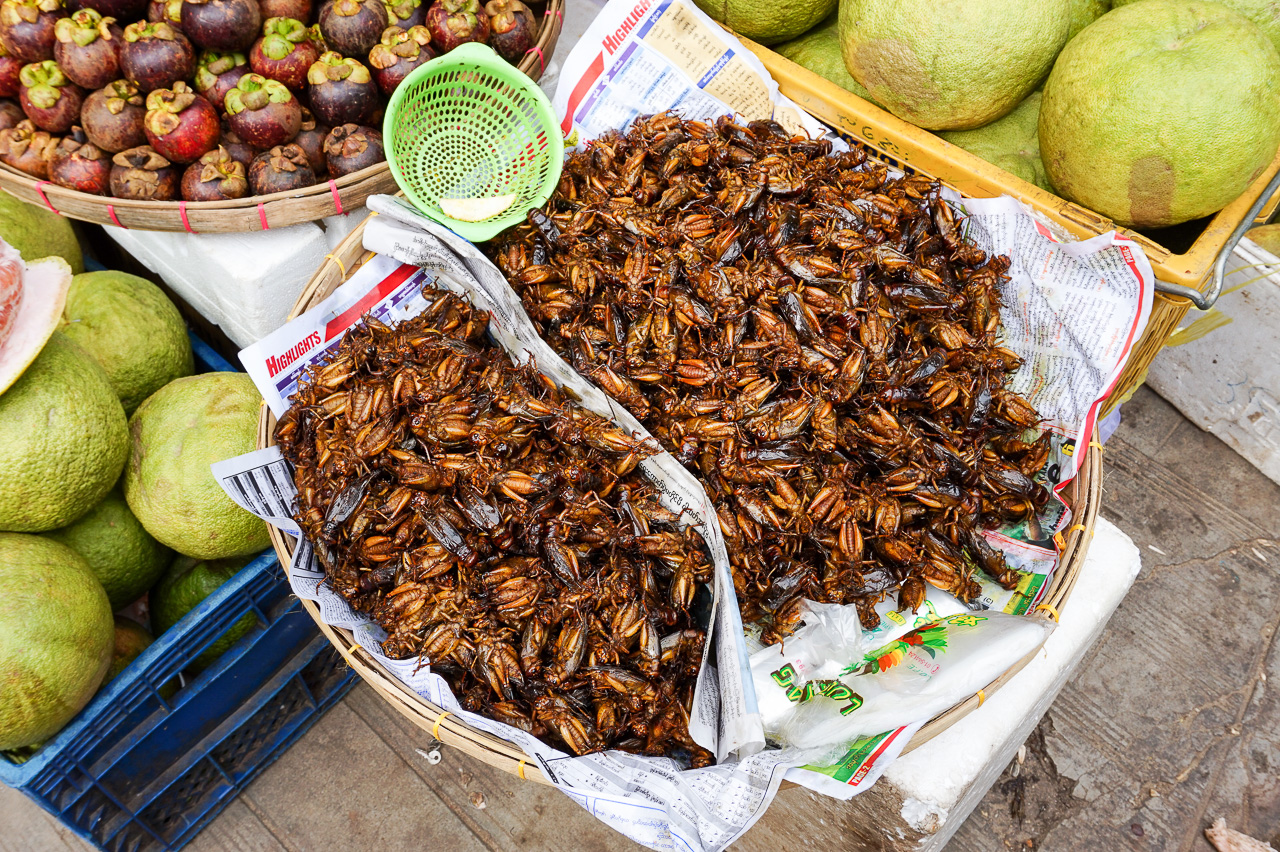 Ever wondered what a scorpion tastes like? Head to Vietnam or Bangkok. Interested to taste a tarantula? Off you go to Cambodia. Fried centipede? Next stop Beijing. At any given outdoor market or busy street, you’re bound to find at least one vendor with a cart loaded up with insect snacks, making many tourists shiver and others lick their lips. I can’t say I swallowed the lemongrass scorpion given to me during our walking tour in Vietnam (oo those crunchy legs) but at least the flavour was good? Maybe? 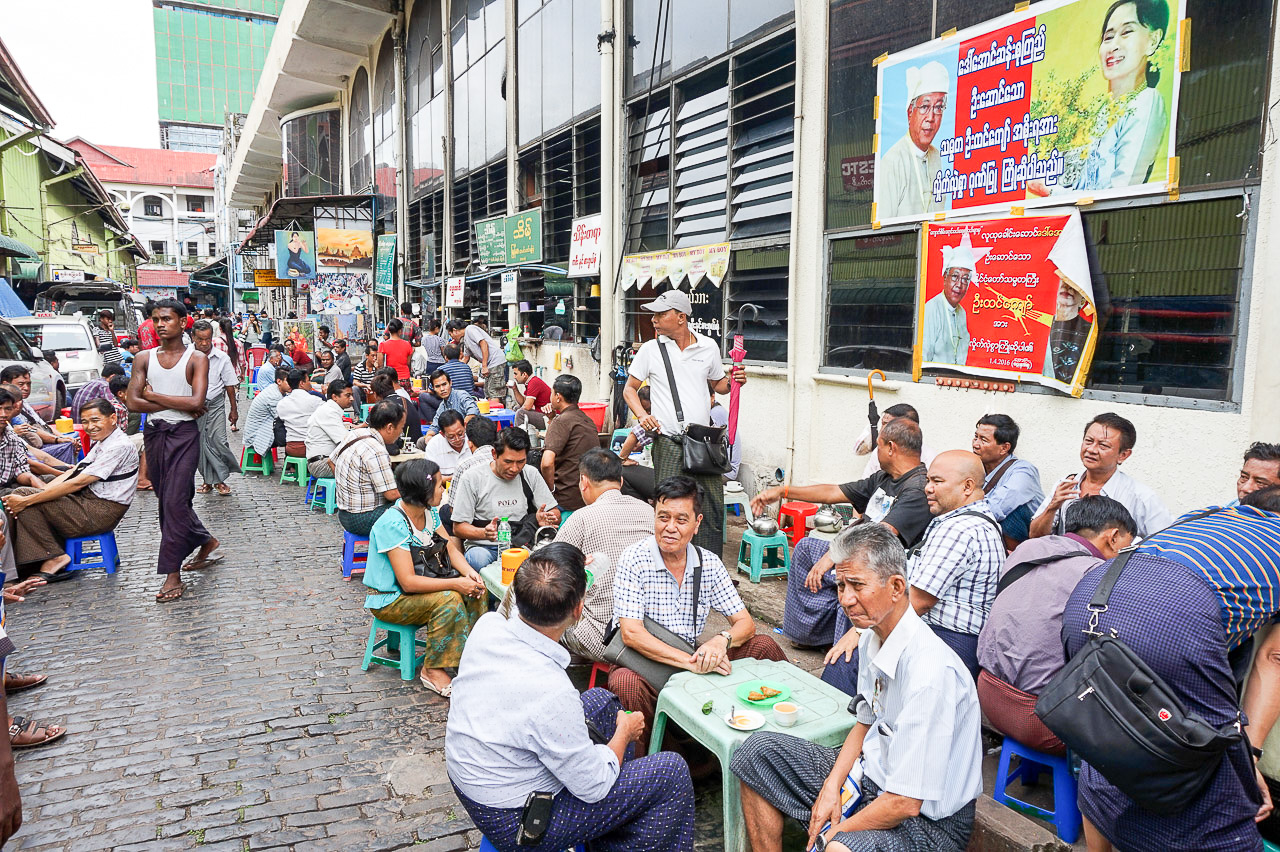 I think the street food was our favourite thing about Asia. Surprisingly, after 9 months of eating street food, neither of us fell sick the entire time and we definitely ate street food as often as possible. It’s relatively hygienic and many food stalls have cleaned up their act over the last few years. It’s the cheapest, most convenient way to eat throughout Asia and it brings a whole new level of dining to the table. Plastic chairs line the sidewalks along with communal tables and a very social atmosphere. Grab and go or sit and relax. You haven’t experienced Asia till you’ve enjoyed a street food meal!

7/ It is ridiculously affordable 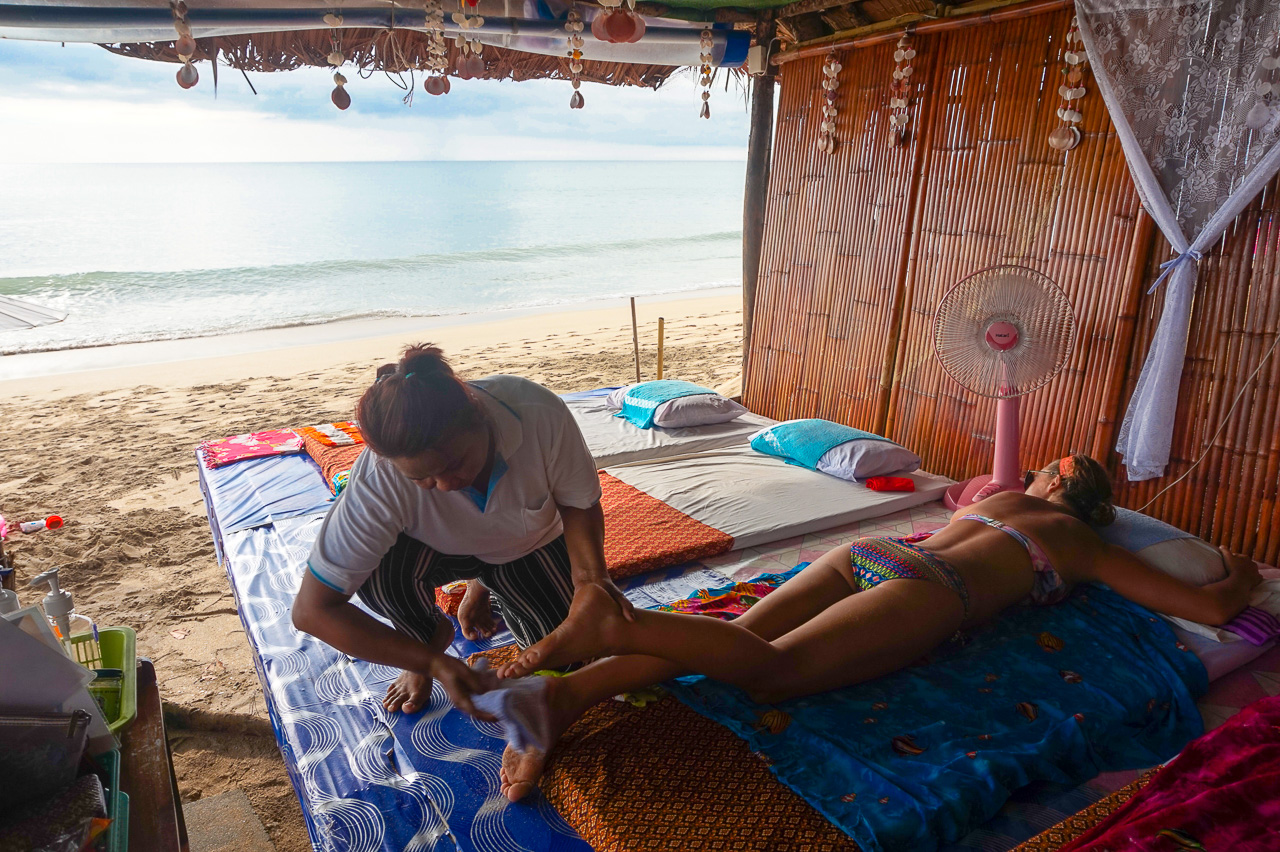 Does it sound like the perfect holiday, especially for backpackers to live off $30 a day, maximum? It does to us! Treat yourself to a massage for as little as $10, a beer for $0.25c, a meal for $2, a motorbike rental for $5 and a bed to sleep for under $10. You do the math! There’s the option to go luxury and even then you’ll still find plenty of hotels well under the cost of a hotel in any other continent. 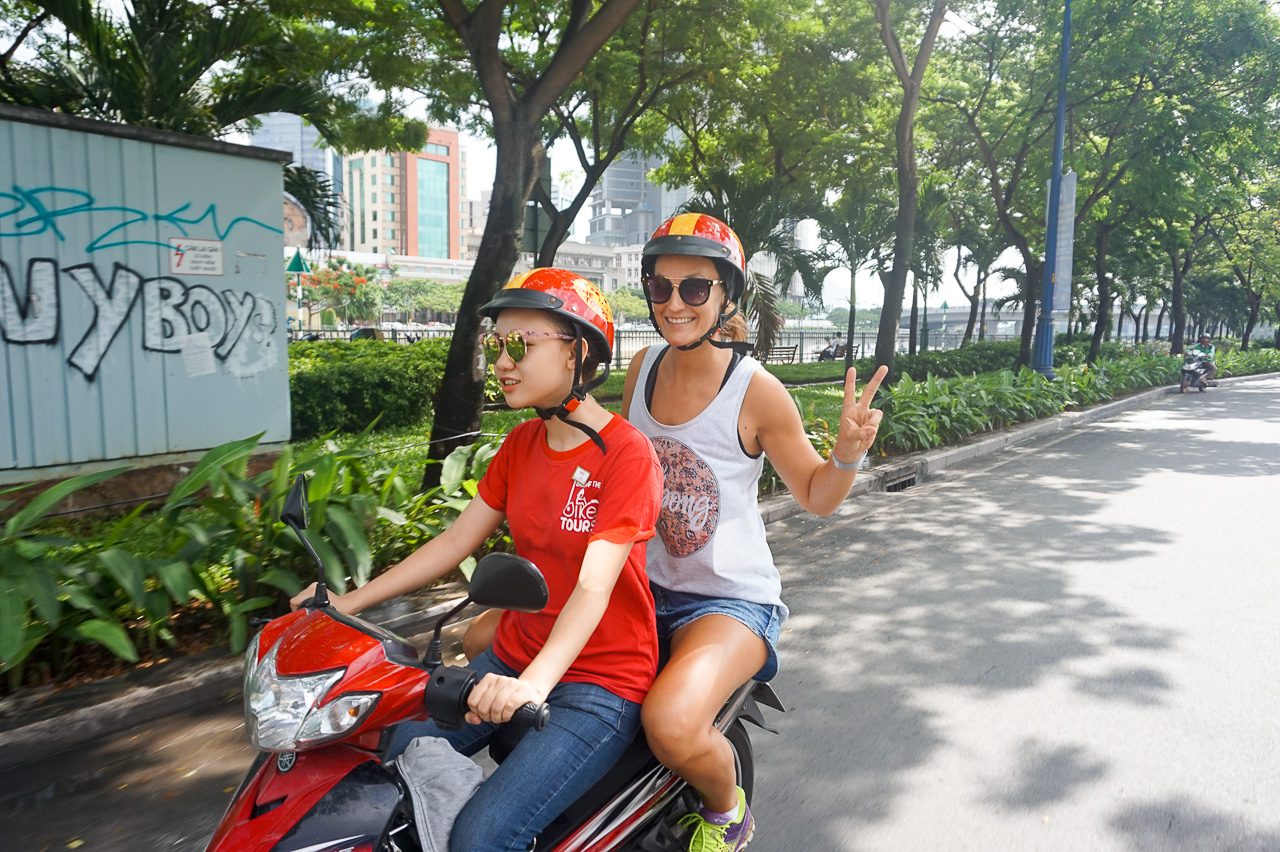 Restaurants, tour companies and hotels throughout Asia thrive off of reviews, especially on TripAdvisor. If we left a restaurant, whether the food was good or not, we were given a business card asking us to please review them right away. During our time in both Sri Lanka and Vietnam, we were bribed with freebies to leave a glowing review. If they’ve ever won an award or had recognition, there were signs all over the restaurant proving it. It definitely made our lives easier by using TripAdvisor for both our restaurant and hotel choices, but we were mindful of not overusing it and just discovering places on our own.

9/ Crossing the street is always a gamble 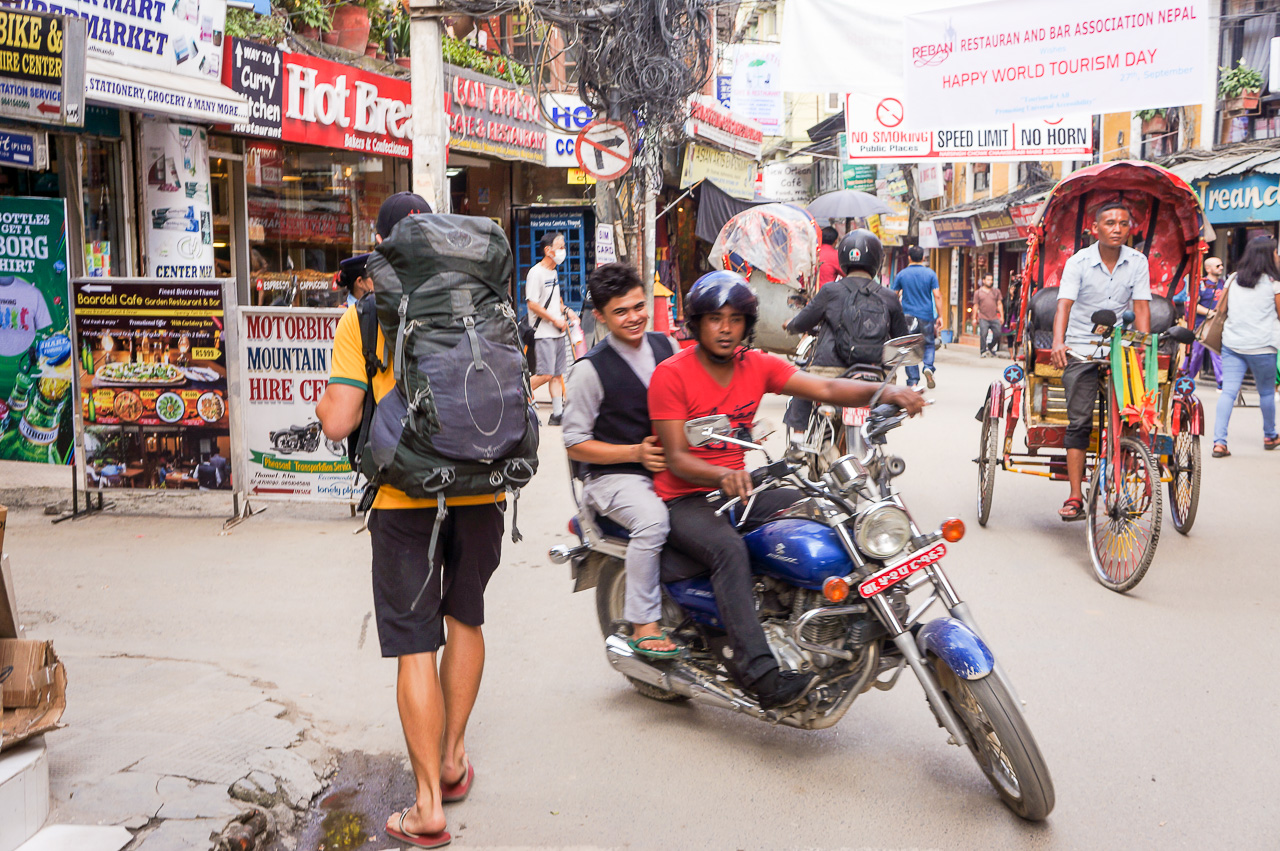 Do you know the game Frogger? If you do, then that’s exactly what it’s like crossing the streets in Asia. Crossing the streets was a serious life gamble and one we found quite entertaining as we giggled our way zigzagging through motorbikes, cars, buses, people and at times the odd cow, chicken or stray dog. Look left, then right, then left then right again and maybe just for good measure, do it one more time 🙂 or if you’re  stupid, just don’t look at all.

10/ Your ears will adapt to the constant HONKING 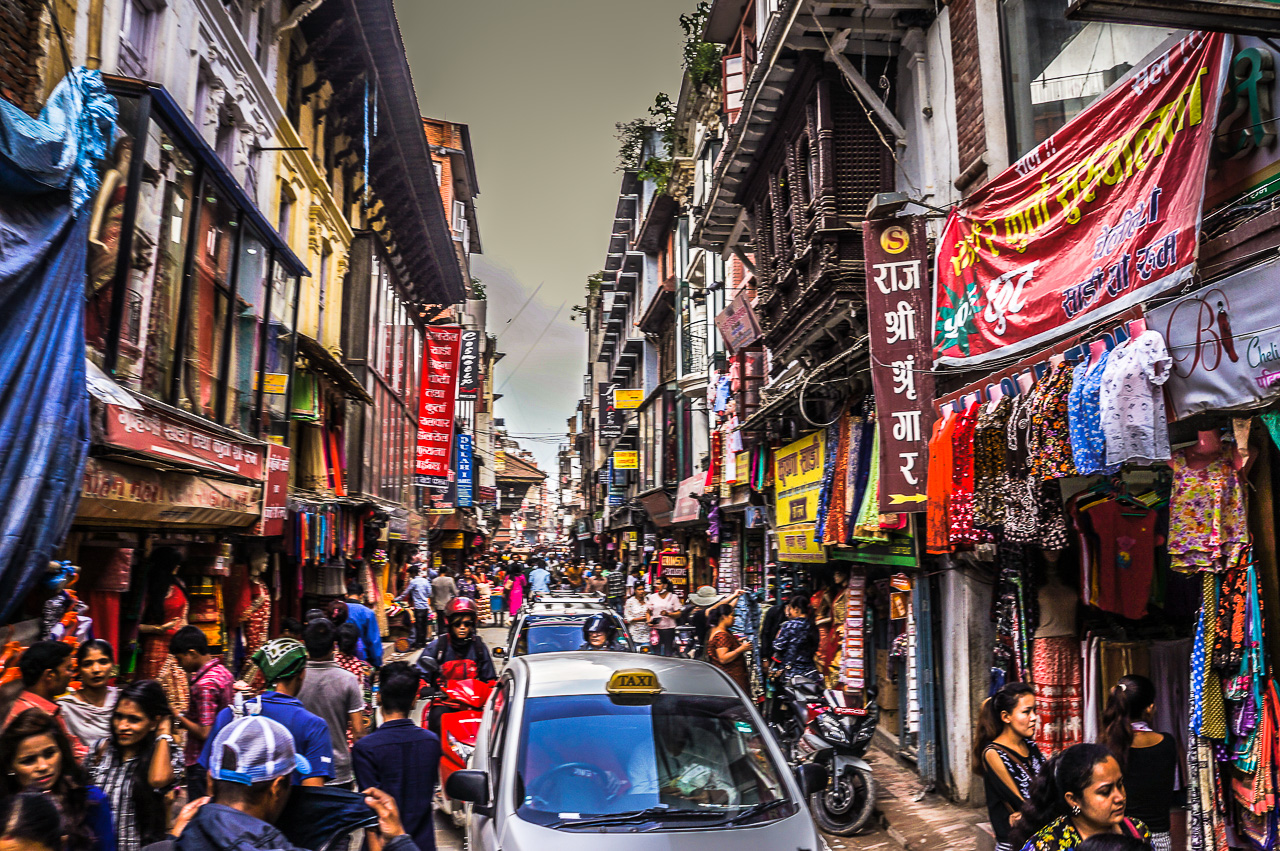 All day, every night, honking is a way of life. It is a never-ending chorus of sounds and in the larger cities such as Hanoi or Bangkok, they are enough to drive you bonkers! The horns are used for you to move, to overtake, to say hello or even just for the heck of it because I mean why not? Everyone else is! I swear it was mind-boggling and extremely bothersome to our poor ears at times.

11/ No prescription is necessary 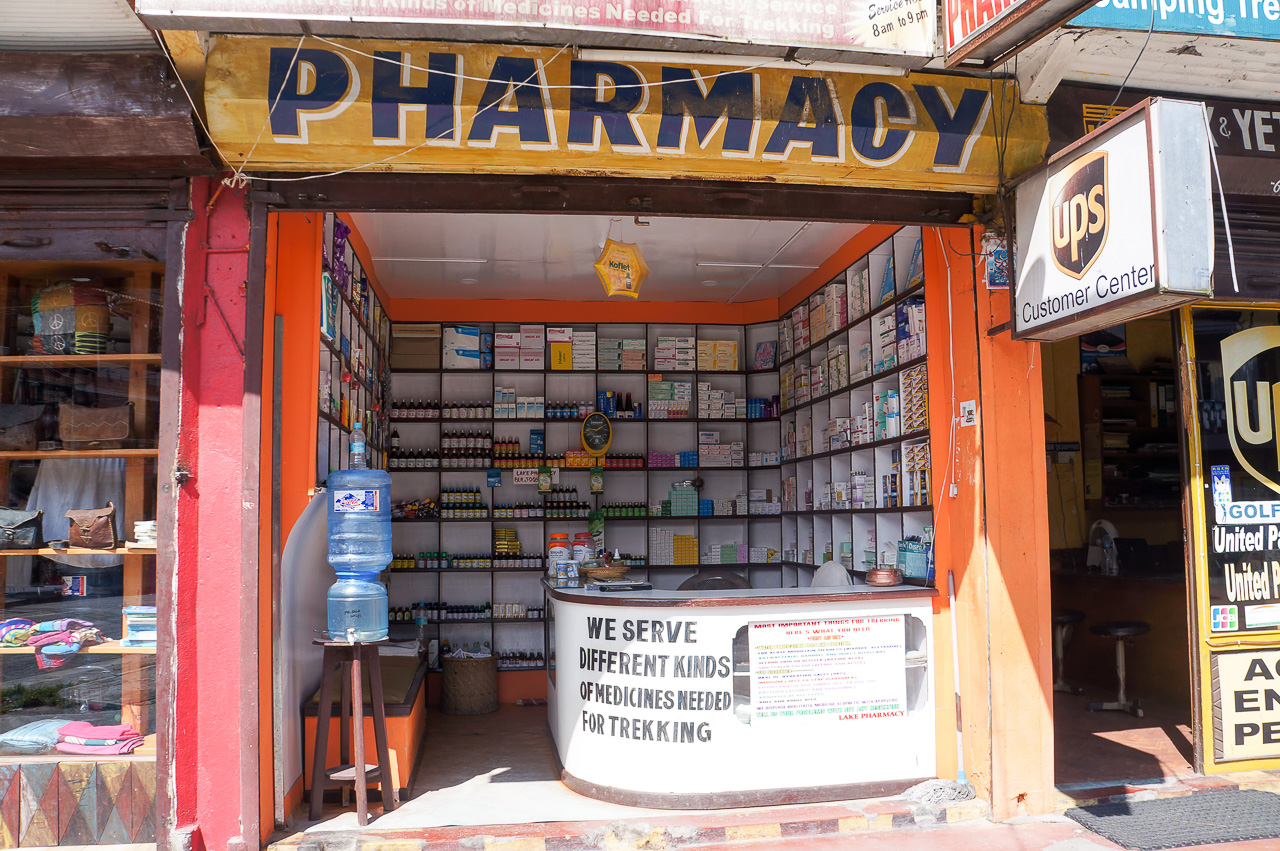 No one likes going to the doctor. Ever. It’s painful and extremely time-consuming. In Asia, most medicines are handed right over the counter for as little as $2. Upset stomach? Fever? Ear infection? Sleeping tablets? Antibiotics? No problem. Just ask or better yet, point to what’s wrong if you’re struggling with a language barrier!

Whilst some may say that these medications haven’t been made with the same quality control as in the US, it is safe to say on the off occasion you require such medicine, it is extremely handy to grab these as you walk by a pharmacy. At times it may look like a complete mess behind the counter but just like everything else in Asia, there’s a type of organisation back there that just works! 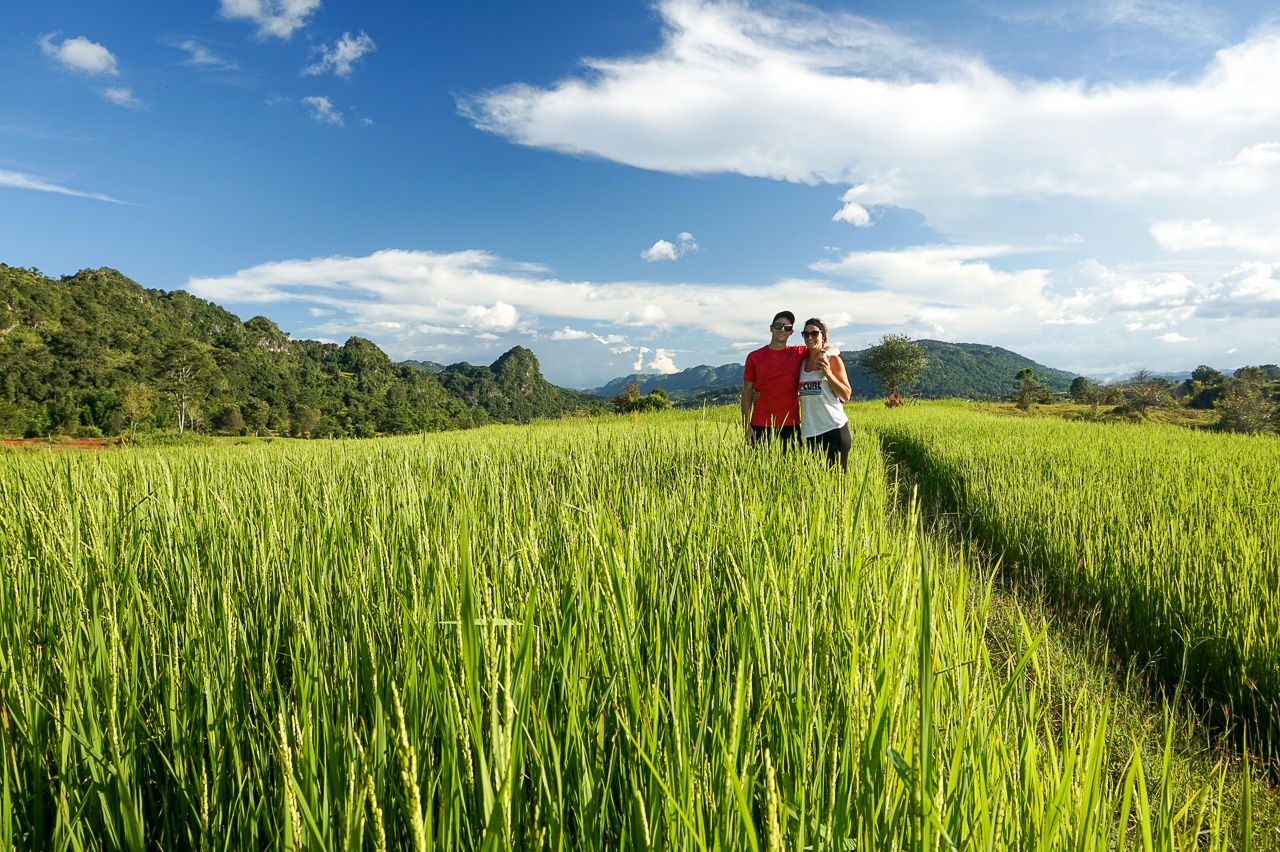 If there’s a continent in this world you don’t need a plan for, it’s Asia. Not only can you book flights the day before for cheap, you can take buses, trains, ferries, rickshaws, you name it and it’ll take you there. There are so many hidden gems through South East Asia it’d be a shame to pre-plan every aspect of your trip to find out you’re really missing out on something you didn’t even know existed. Take it as it comes and you’ll surprise yourself! 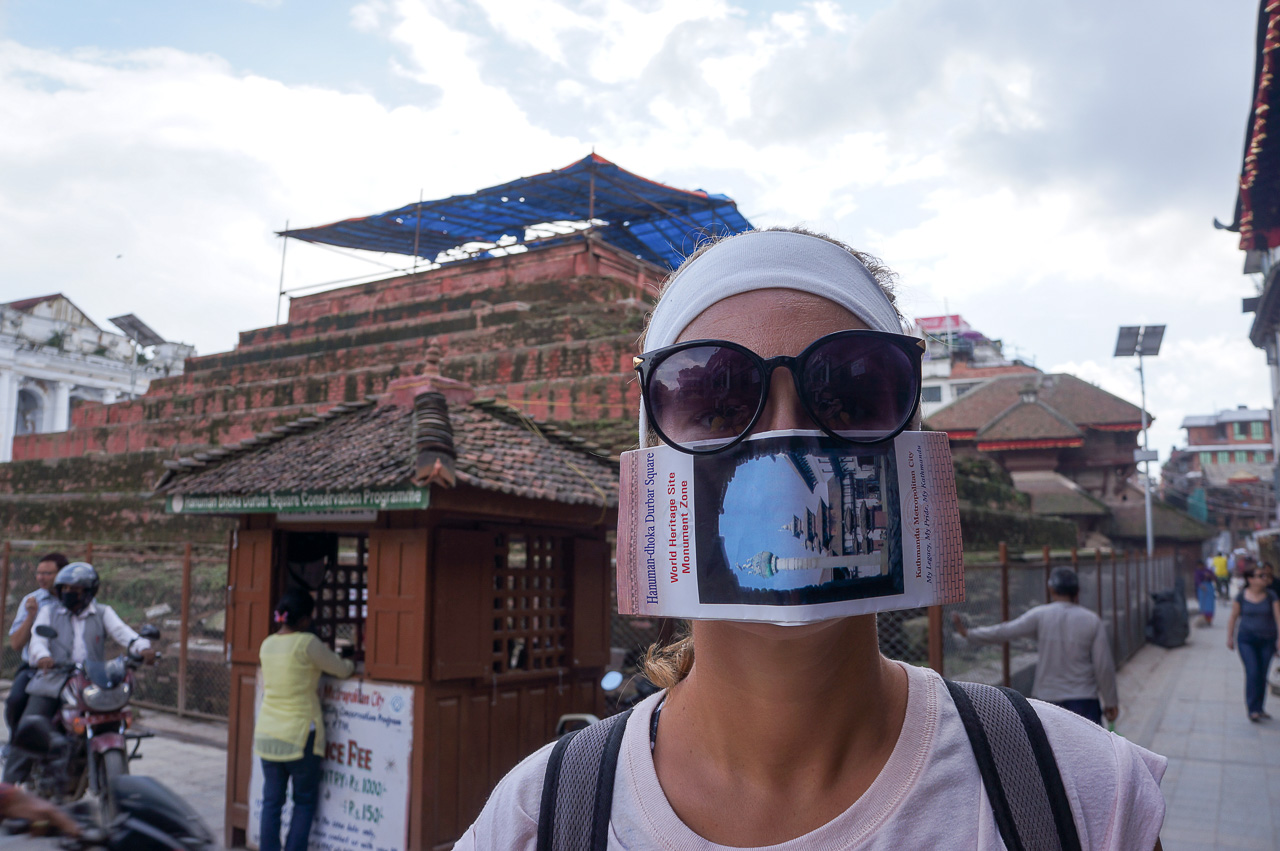 We’d be millionaires if we had a $1 for every time we exchanged a look as our noses engulfed the smell of the streets in Asia. Whether it be the fish markets (think 40 degrees and old rotten fish) to meat markets and old garbage baking away on the streets. Makeshift face masks were at times, extremely necessary. If you have a map, keep it handy 😉 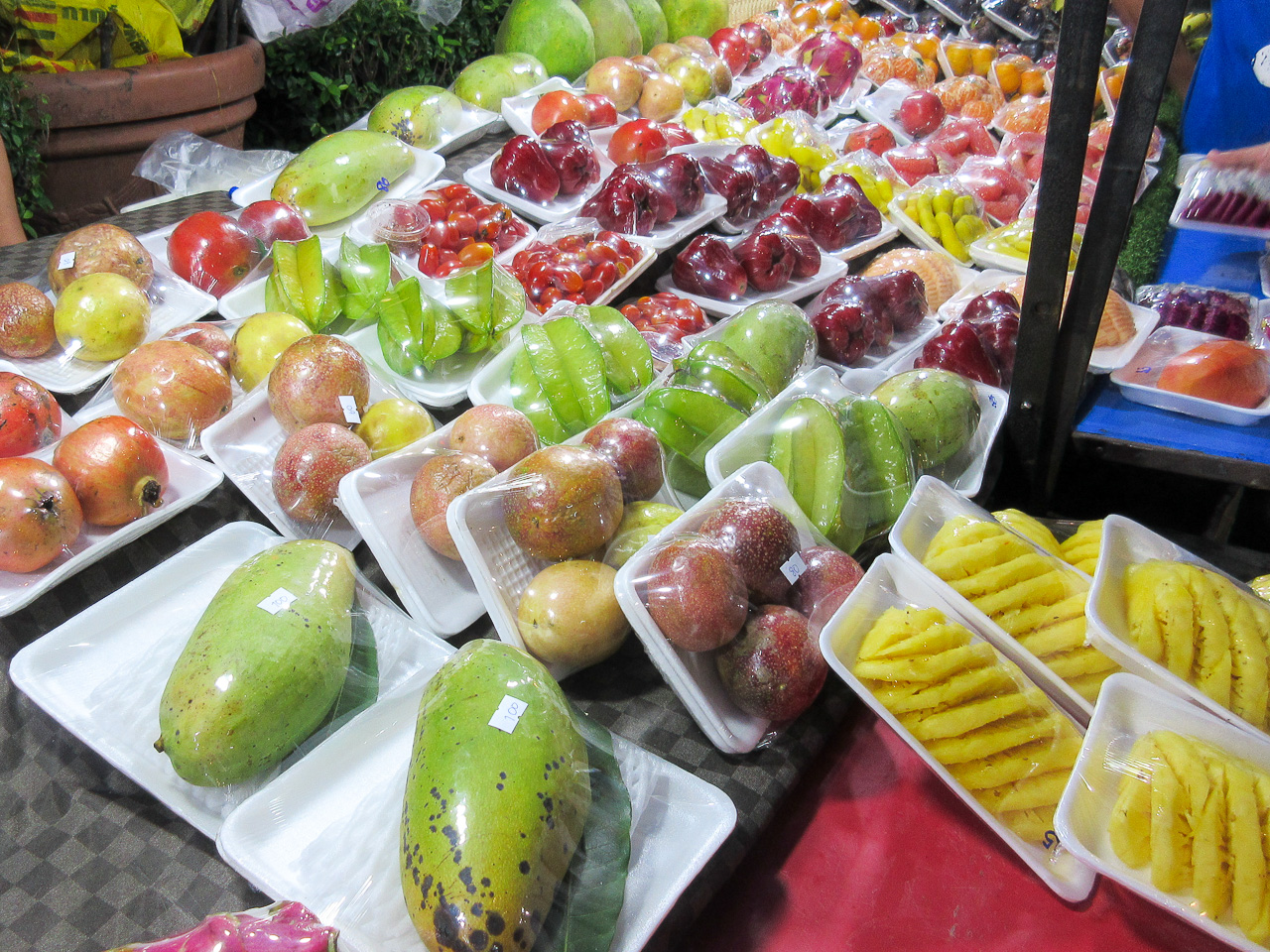 The variety of exotic fruits and vegetables we discovered whilst making our way through Asia was unbelievable. Each cooking class/market tour we took, we were amazed at the variety and the way the local people ate it. Dragonfruits, durian (the world’s smelliest fruit!), mangosteen, lotus flower are just a few to name. I don’t think we ate a “normal” fruit the entire time, move over apples, you’re at the bottom of the chain now! 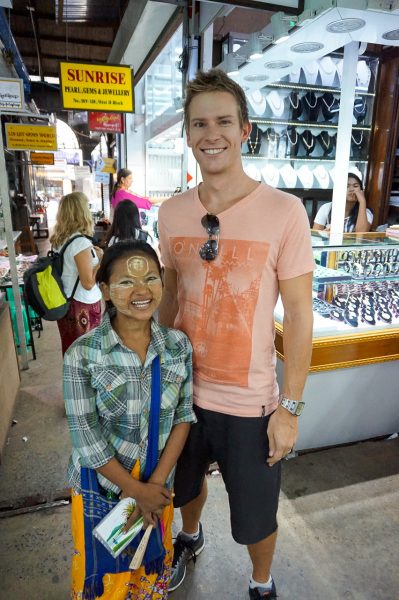 Whatever country you’re in, you’ll always find locals that are friendly to tourists but there’s something about the Asian culture that makes me smile. Maybe it’s because I’m 6ft and tower over them but I find the Asian people very sweet. Whenever you walk past a shop or a restaurant, someone will always say hello, or invite you in for a cup of tea.

A little word of advice, when you enter a country, learn how to say a few simple words in their language such as “hello”, “thank you”, “goodbye” or “please”. It shows a lot of respect for the local people and helps you engage in conversation. If all else fails, use animal sounds and epic hand gestures –  that always got a laugh even from the shyest of people. 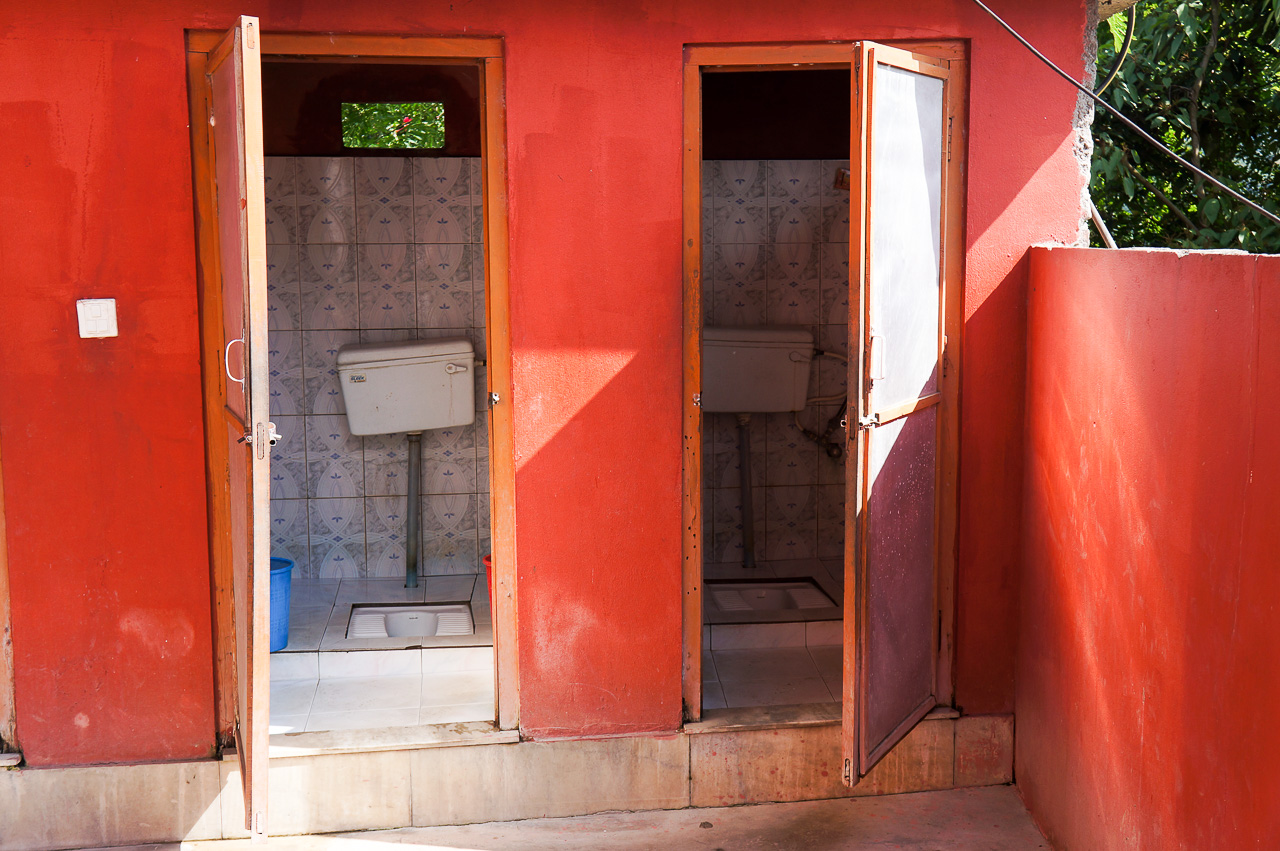 Without getting into too much detail, I will now say, I don’t dread the squat toilet. Matter of fact, whilst travelling through Asia especially whilst in transit, I preferred the squat toilet over the “western toilet” as it is was often far cleaner. The first time I ever saw a squat toilet I was horrified at how I was possibly going to manoeuvre this but after much practice and learning the technique, yep there’s a strategy to this people, I am one confident squat toilet user. Tick! 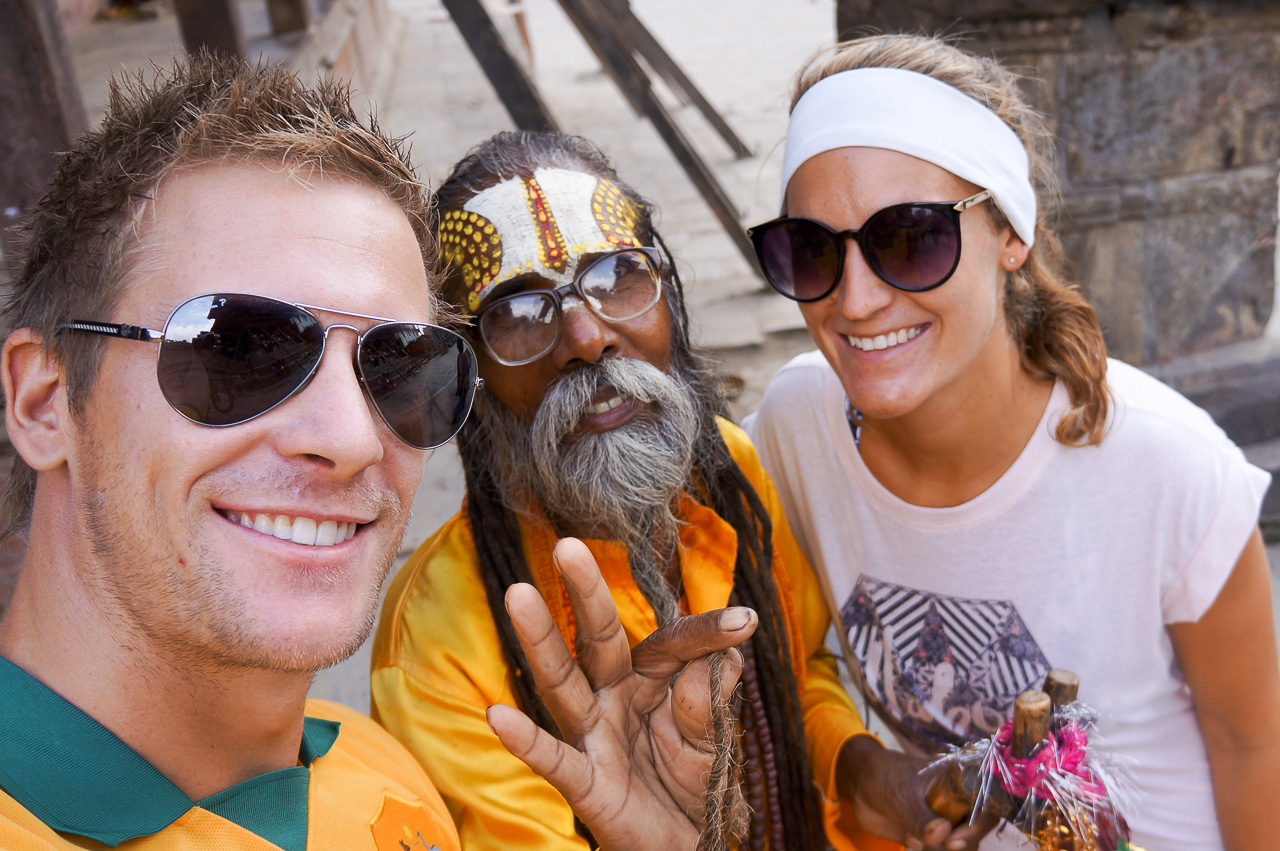 We once read the following quote:

“If you reject the food, ignore the customs, fear the religion and avoid the people, you might be better off staying home.” – James Michener.

We couldn’t have said it better ourselves! It is so fascinating how one’s culture can differ so greatly from another. There is no right or wrong way to go about life, it’s simply different. Embrace the differences, appreciate and acknowledge that things aren’t always the way you want them to be and by doing so, you’ll have a far better time travelling through Asia, or the world for that matter.